“Just another day in paradise man, I don’t know,” said Morrison “It’s been a wild day but I’m glad nobody was hurt.” 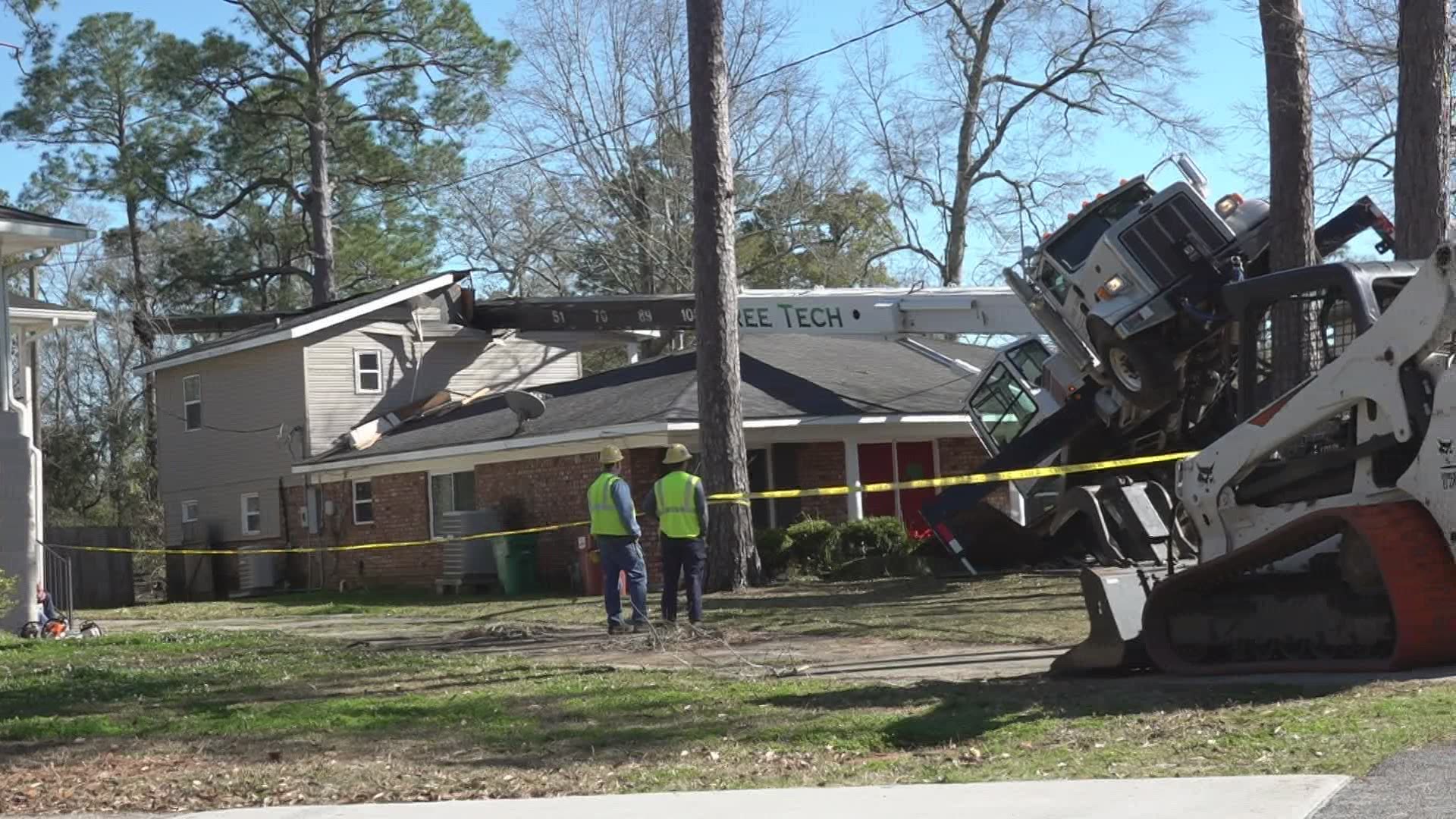 SLIDELL, La. — A day of tree trimming in Slidell turned into quite a scene Wednesday in the Palm Lake neighborhood.

“They were trying to lift the trees over the house, is my understanding,” said homeowner Sean Morrison. “At some point, there was a big crash.”

That big crash on Morrison’s home on Palm Circle was a crane from a tree trimming company which he says was trimming four trees in his back yard. It tore through a part of the second story.

“Looked out the window, saw people running and so we figured that something big had happened,” said Morrison.

Morrison, his wife and baby daughter were inside, downstairs. His mother-in-law was upstairs where the crane came crashing in. Morrison says one of the workers ran inside to help get her out.

“Mother-in-law had a little bump, but she was very, very lucky,” said Morrison.

So were the handful of workers outside. The owner of the company, who didn’t want to go on camera, says it was an accident and is thankful everyone is fine.

“When you pull up and see a crane sitting on top of a home you expect the worst,” said public information officer Jason Gaubert with the St. Tammany Fire Protection District No. 1.

It happened after authorities say one of the crane’s stabilizers went through the concrete, into the ground.

“Causing the truck to come up in the air and then the crane landing on top of the roof,” said Gaubert.

With electric and gas cut off to Morrison’s home, crews began the process of removing the crane as he figures out what to do next. He’s also thankful it turned out the way it did.

“Just another day in paradise man, I don’t know,” said Morrison “It’s been a wild day but I’m glad nobody was hurt.”