Thanks to first responders, little Beaker the miniature dachshund was saved. 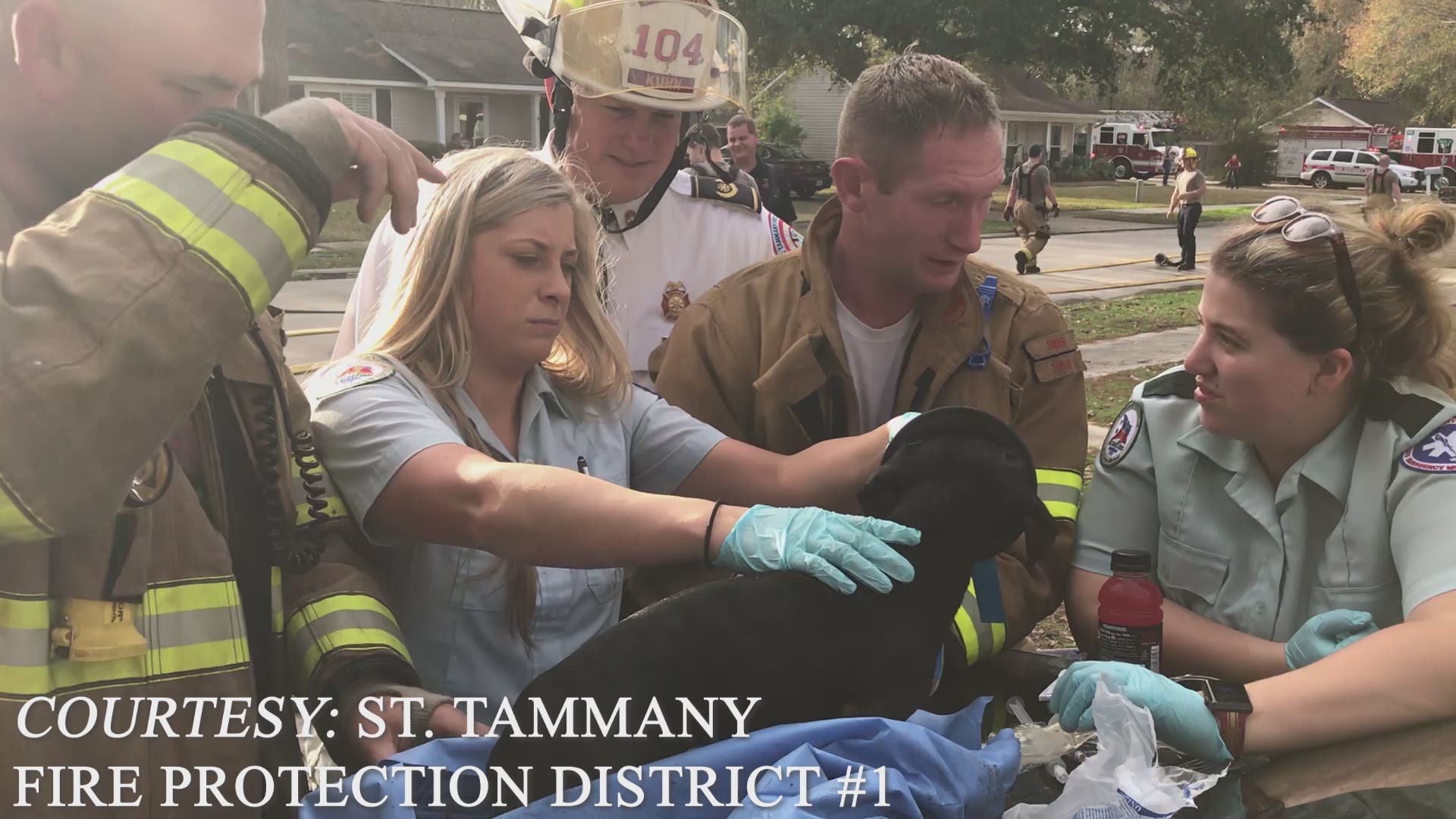 SLIDELL, La. — A small dog was rescued from a house fire on the Northshore Tuesday thanks to the quick actions of fire responders.

According to officials with St. Tammany Fire Protection District #1, a fire broke out in the attic of a home in the 300 block of Maple Lead Drive in Slidell around 3 p.m. Tuesday. A neighbor walking his dog noticed flames coming from the house and called 911.

Firefighters rushed to the scene and got the fire under control in about 15 minutes, officials said.

While extinguishing the fire, they forced their way into the single story home for a search and found Beaker, a 3-year-old female miniature dachshund, hiding in a bathtub. She was barely breathing, officials said.

Firefighters acted quickly and used a special K9 oxygen mask to treat the dog and she eventually recovered outside the home. She was reunited with her owner when he arrived home, officials said.

No other injuries (human or other) were reported.

In total, 13 unites carrying 23 firefighters responded to the home. It appeared no one was inside when the fire started and the cause of the incident was under officials investigation as of Tuesday, officials said.

ALSO: Watch how this Australian airport welcomed US firefighters arriving to fight wildfires