Elderly man rescued after 5 day's in woods by his home

“We are grateful to them; we just praise God. We can’t say enough about them." 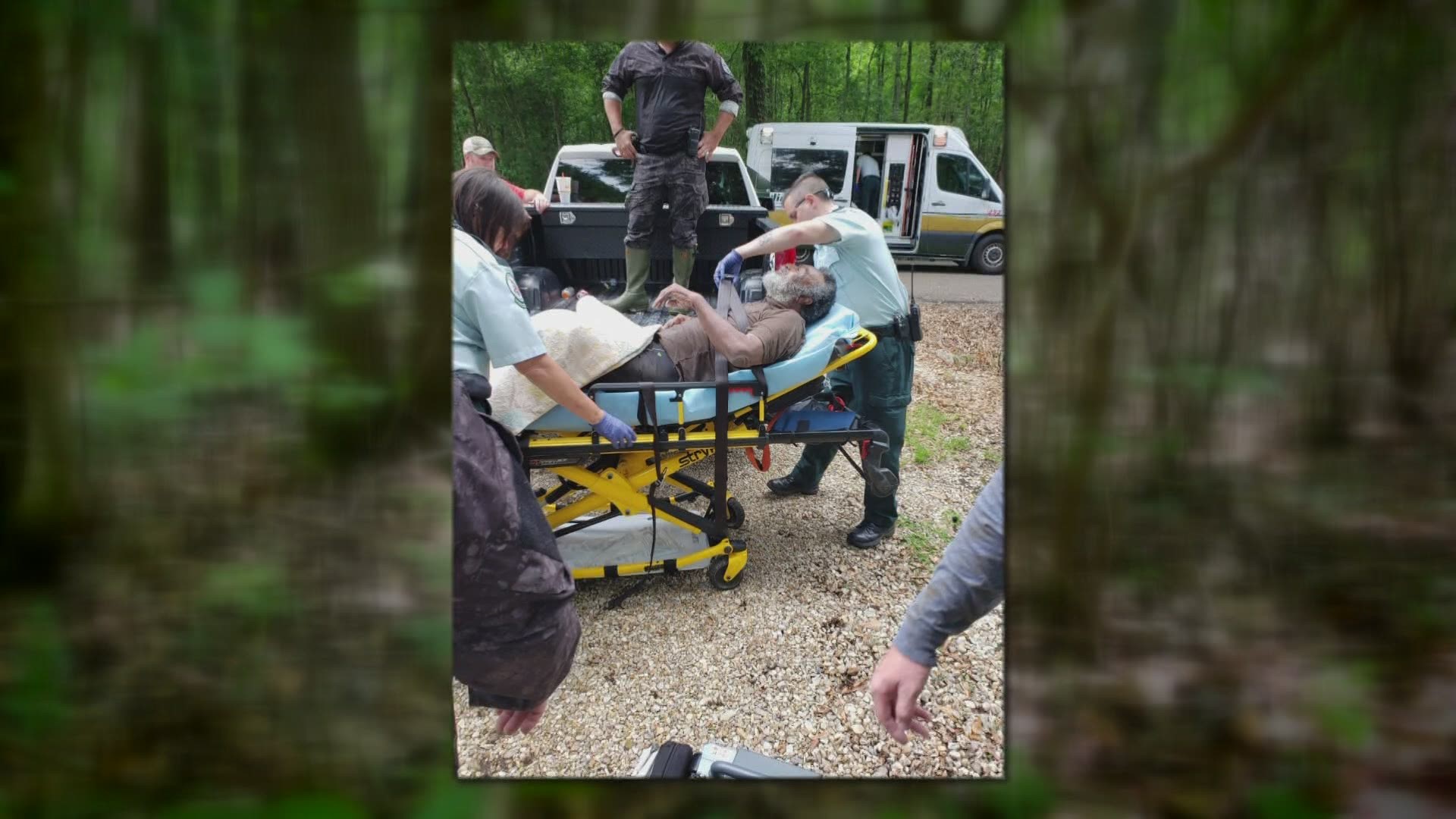 TANGIPAHOA PARISH, La. — A Northshore family is grateful tonight after search teams rescued their father who had been missing for five days.

The family of 81-year-old Earl Dunn says he suffers from dementia.  Dunn wandered from their home in Hammond this past Friday and went missing. Terrilyn and Earl Dunn Jr. endured some sleepless nights as crews searched for their father.

“I had a feeling of helplessness,” Earl Dunn Jr. said.

“We did not have any kind of witnesses that saw him walk into those woods.  He disappeared.  He was gone,” said Chief Jimmy Travis with the Tangipahoa Parish Sheriff’s Office.

The Tangipahoa Sheriff’s office quickly organized teams from multiple parishes and departments to search for Dunn.  Chief Travis says there were search parties in the air, on the ground and on the water.  Authorities focused their search around Dunn’s home on George Drive in Hammond.  Chief Travis estimates the search perimeter was about 160 acres, filled with thick woods. After four days with no results, concern was growing.

“If he was in the woods, that’s when my anxiety really kicked in,” his daughter Terrilyn Dunn said.

On Tuesday, a searcher found a pair of jeans.  It was in the woods just a few hundred yards from Dunn’s home.

“When I saw them, I was like those are Dad’s pants!  Inside I was just torn up,” Terrilyn Dunn said.

A short time later, Earl Dunn was on a stretcher.  He was dehydrated and suffering from hypothermia, but alive.  By the time searchers found him, five days had passed.  His family believes his career as a logger helped him survive those days with no food and little water.

“I couldn’t believe it.  I was praising God, just relieved,” Terrilyn Dunn said.

“He’s a logger, he’s in good shape, and I think that has a lot to do with it.  He’s pretty resilient,” Earl Dunn Jr. said.

“He was a strong man.  He had will power to live and I think that’s what kept him alive, that and the graces of God,” Chief Travis said.

Chief Travis says many searches don’t end up with a survivor story.  He believes prayers and persistence made Tuesday’s outcome possible.

“We are grateful to them; we just praise God.  We can’t say enough about them,” Terrilyn Dunn said.

The Tangipahoa Sherriff’s office says this case can be a teachable moment for the families of people with dementia.  They encourage people to use home cameras and GPS-enabled devices to keep track of their loved ones.

It’s hard to say where Earl Dunn may have gone in those five days.  What matters most is where he is now, in a hospital, under the careful eye of his family.

TANGIPAHOA: A three-car crash leaves one person dead in Manchac