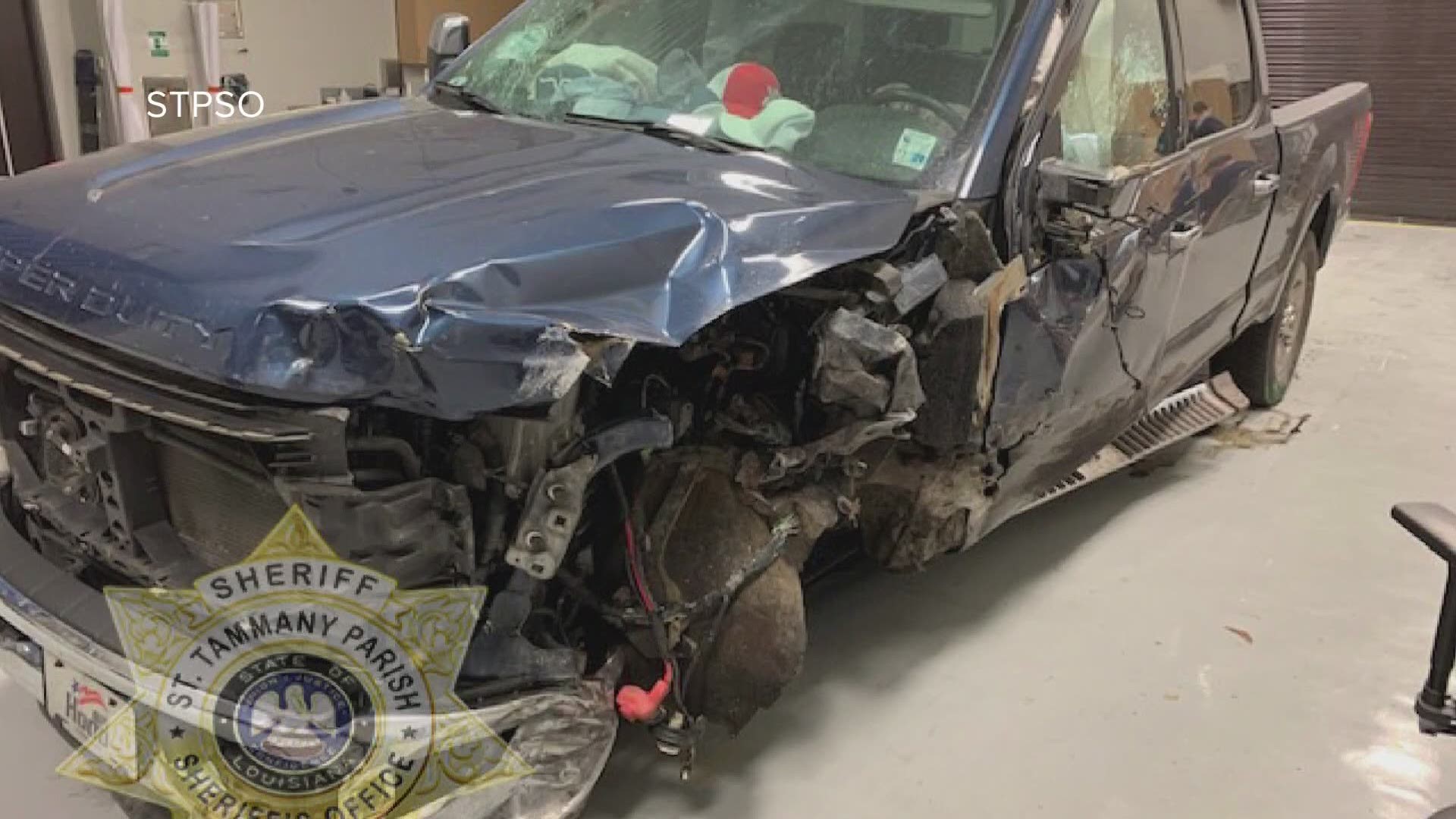 MADISONVILLE, La. — After surviving a horrific crash on the Northshore, a Marrero woman is grieving knowing her fiancé did not make it out alive. But authorities say they have now arrested the man suspected of killing him.

Anthony Lewis, 38, was killed in a hit and run Saturday in Madisonville.

Wednesday, the St. Tammany Parish Sheriff's Office announced that 29-year-old Tristen Blake Sullivan was arrested in connection with the crash.

According to the St. Tammany Parish Sheriff's Office, Sullivan was driving a Ford F-250, which crossed the centerline on Highway 22 in Madisonville, hitting Lewis and his family head-on.

Mursheika Hall and her daughters had minor injures, but her son is hospitalized undergoing surgeries. Lewis, her fiancé, was killed by his injuries.

Deputies said the driver of the truck took off on foot, away from the crash.

"Funny, goofy," Mursheika Hall described her fiancé. "He didn't have any enemies."

Lewis was a friend to all, his family said.

"He was just a giving, loving person. Everybody loved him," his mom, Margo Brown, said.

Lewis was engaged to be married to Hall.

"Since the beginning, we were inseparable. When you saw him, you saw me," Hall said.

Lewis worked as a school bus driver in New Orleans, but would soon begin a career as a truck driver to provide for Hall and her three kids who he considered his own.

He was Margo Brown's oldest child.

"Everybody is just devastated," Brown said.

Saturday, Lewis, Hall, and her three kids drove to Madisonville for a long overdue family gathering.

"We went paintballing and had so much fun," Hall said.

They left to head home to Marrero just before 10 that night.

"We wasn’t even five minutes away and we look up and I see lights coming to us. I couldn’t scream, I couldn’t do nothing and then we just started spinning and spinning," Hall recalls.

"My son looked up at me and his face was half gone. I didn’t know what to do," Hall said.

"I'm praying he can see. We're praying for the bleeding to stop on his brain," Hall said.

"I just want somebody who knows something to say something," Brown said through tears.