The family in the home was able to get out safely and call 911, the fire department says. 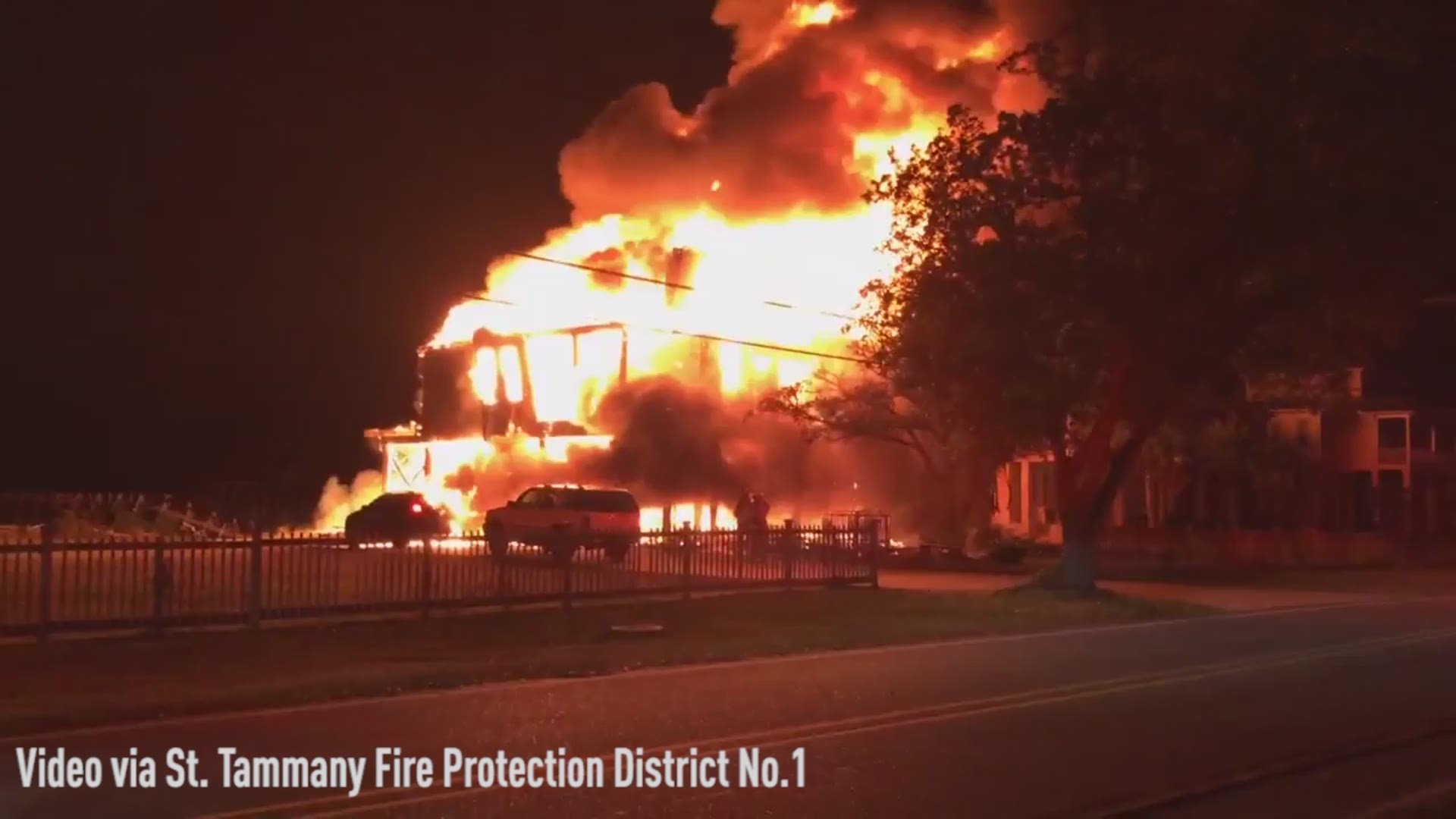 SLIDELL, La. — A Slidell home was destroyed after a fire early Sunday morning.

The fire occurred in the 400 block of Carr Drive around 2:30 a.m. When St. Tammany Fire District firefighters arrived on the scene, they found the 4,500 square-foot, two-story home fully engulfed in flames.

The occupants of the home were awake at the time of the fire. The fire department says, one occupant smelled smoke and went to see where the smell was coming from. He saw an orange glow out of a window overlooking the home’s front porch and realized the porch was on fire.

All of the occupants were able to safely get out of the home and called 911.