Flash Flood Warning for New Orleans, Northshore until 11:15 AM

The NWS says heavy rain, in combination with debris and blocked drainage areas is causing flash flooding in this area. 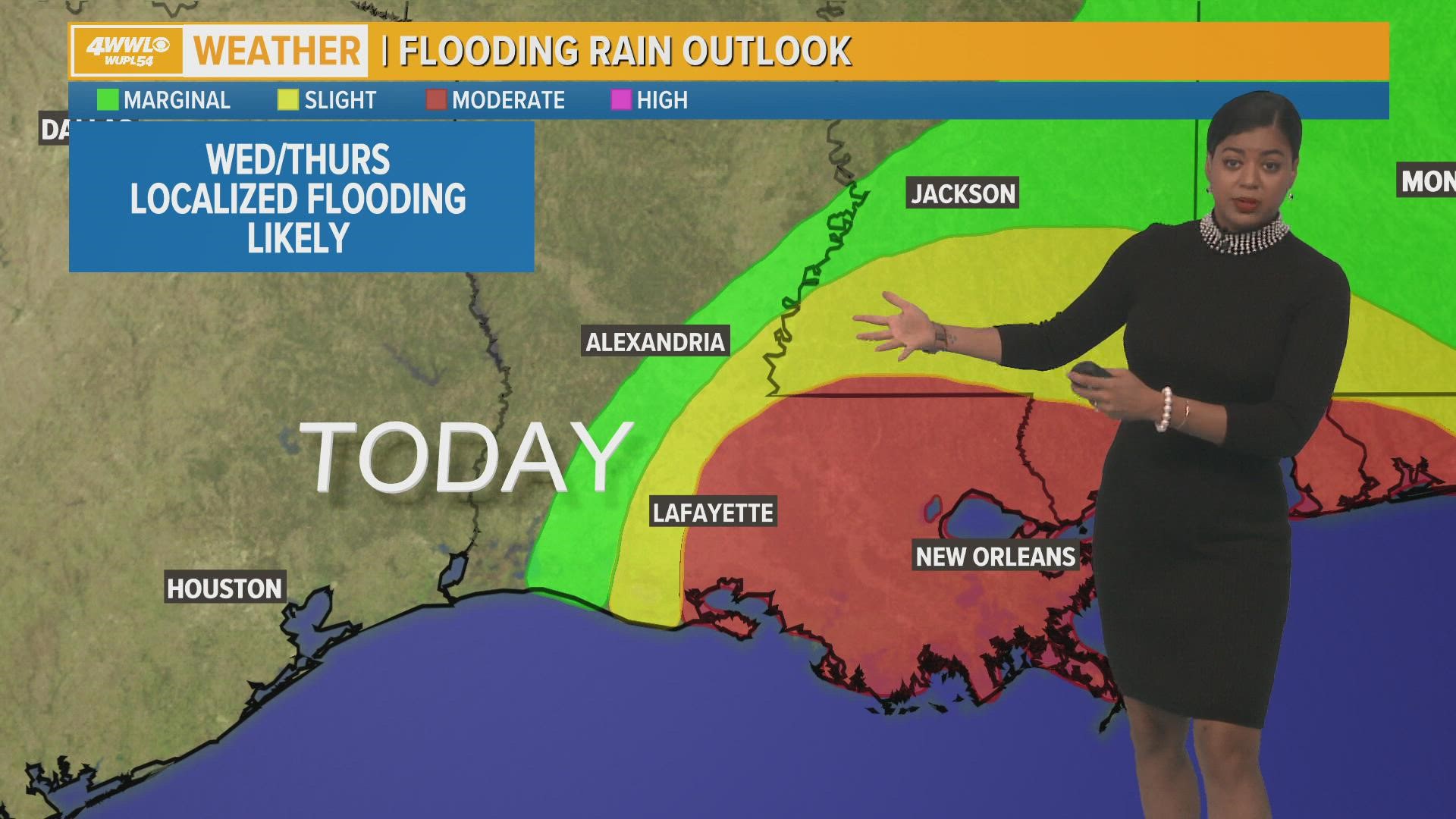 NEW ORLEANS — The National Weather Service in New Orleans has issued a flash flood warning parts of Orleans, St. Tammany, and Washington parishes until 11:15 AM.

At 8:18 a.m., trained weather spotters reported thunderstorms producing heavy rain in the warned area, covering multiple roads. Forecasters say up to 5.5 inches of rain has fallen in some areas and an additional three inches of rain is possible.

The NWS says heavy rain, in combination with debris and blocked drainage areas is causing flash flooding in this area.

"Flash flood is ongoing or expected to begin shortly," the NWS said.

A Flash Flood Warning has been issued for parts of St. Tammany, Washington, Orleans until 9/15 11:15AM. Street flooding is happening or about to happen. #BeOn4 pic.twitter.com/o2eyAriVuU

Turn around, don`t drown when encountering flooded roads. Most flood deaths occur in vehicles. Be aware of your surroundings and do not drive on flooded roads.