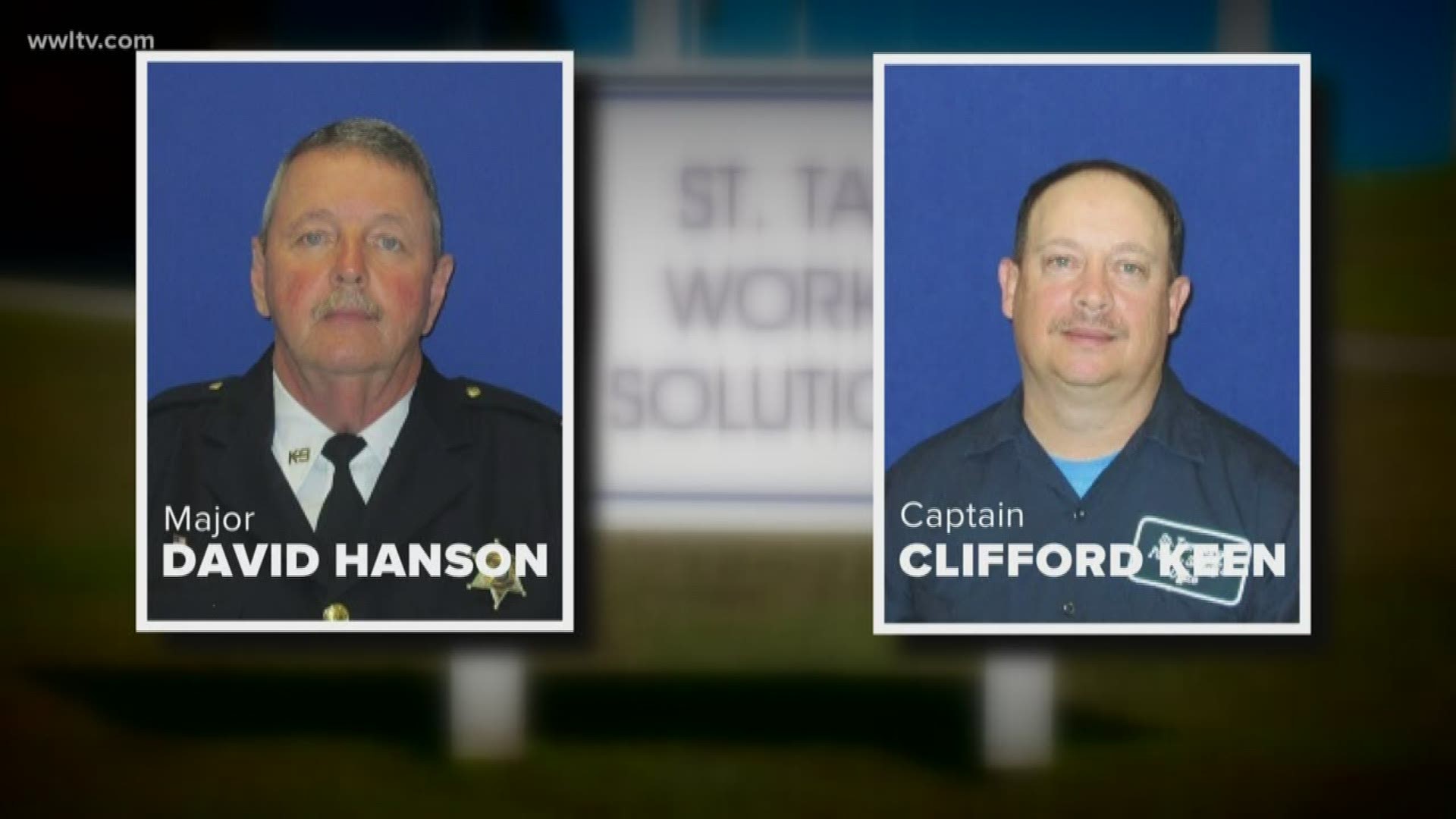 David Hanson, Sr. and Clifford “Skip” Keen pleaded guilty to soliciting a bribe and conspiracy to commit honest services wire fraud at US District Court. Both face up to five years in prison and up to a $250,000 fine.

The bill of information against them laid out a scheme in which Hanson and Keen, through their adult children, funneled payments to the former St. Tammany Parish Sheriff for contracting with them to operate the work release program in Slidell, while making more than $1 million in personal profits from 2013 to 2017.

WWL-TV and partner newspaper the New Orleans Advocate first began to expose problems with the two privately-run work release programs under Strain in 2013, including raising questions about the no-bid contracts awarded to hand-picked contractors to run them.

The adult children of Hanson and Keen were among those hand-picked contractors.

Work release programs allow state prisoners at the end of their sentences to stay at prison-like barracks at night, while working at jobs in the community during the day. The programs take nearly 70 percent of the inmates’ pay and charge them for items they purchase through the program’s commissary.

Public records show Strain spent nearly a half a million dollars remodeling the building that housed the Slidell work release program before turning the operation over to a private company owned, in part, by the adult children of Hanson and Keen, facts first revealed in our investigative reports.

Keen was tasked with overseeing the building repairs as facilities manager for STPSO and his name appears on many of the invoices. He was coordinating improvements to a building that his son's company would later move into.

The bill of information states the former sheriff conspired with Hanson and Keen about how to give the work release program to them to run and profit from, using their adult children as owners of the company, instead of taking ownership themselves, so they would not have to resign from the STPSO.

In 2013, Strain inked a no-bid contract with the company they formed, St Tammany Workforce Solutions.

What began as an investigation into a kickback scheme spawned a sex crimes investigation at least a year ago involving allegations that two employees of the work release program had been sexually abused by Strain, according to sources familiar with the probe.

A longtime inmate of the facility and close family friend of Strain’s, Mark Finn, claims to be a third victim.

Strain has not been charged with any crime and his attorney, Billy Gibbens, strongly denies Finn’s allegations.

“He’s alleging that something happened more than 40 years ago that never happened,” Gibbens said. “He’s fabricated this and it’s completely false. He’s a career criminal who’s been in jail most of his life. The last time Jack saw him he was working as a trusty at the St. Tammany Parish Jail. He has zero credibility.”

Current St. Tammany Sheriff Randy Smith said the allegations of abuse came to light as federal investigators looked into a motive for the work release scheme.

According to the charging documents, the former sheriff asked Hanson and Keen to pay his son $4,000 because the former sheriff, “…issued the right to operate the Slidell work release program to St. Tammany Workforce Solutions, LLC.”

In addition, the bill claims both Keen and Hanson funneled cash payouts greater than $1,000 to the former sheriff on a regular basis for the same reason.

Hanson also forced Allen Tingle to hire another relative of the former sheriff at a salary of $30,000 a year, which was understood to be a no-show job.