State Police report a vehicle fire near the Springfield exit 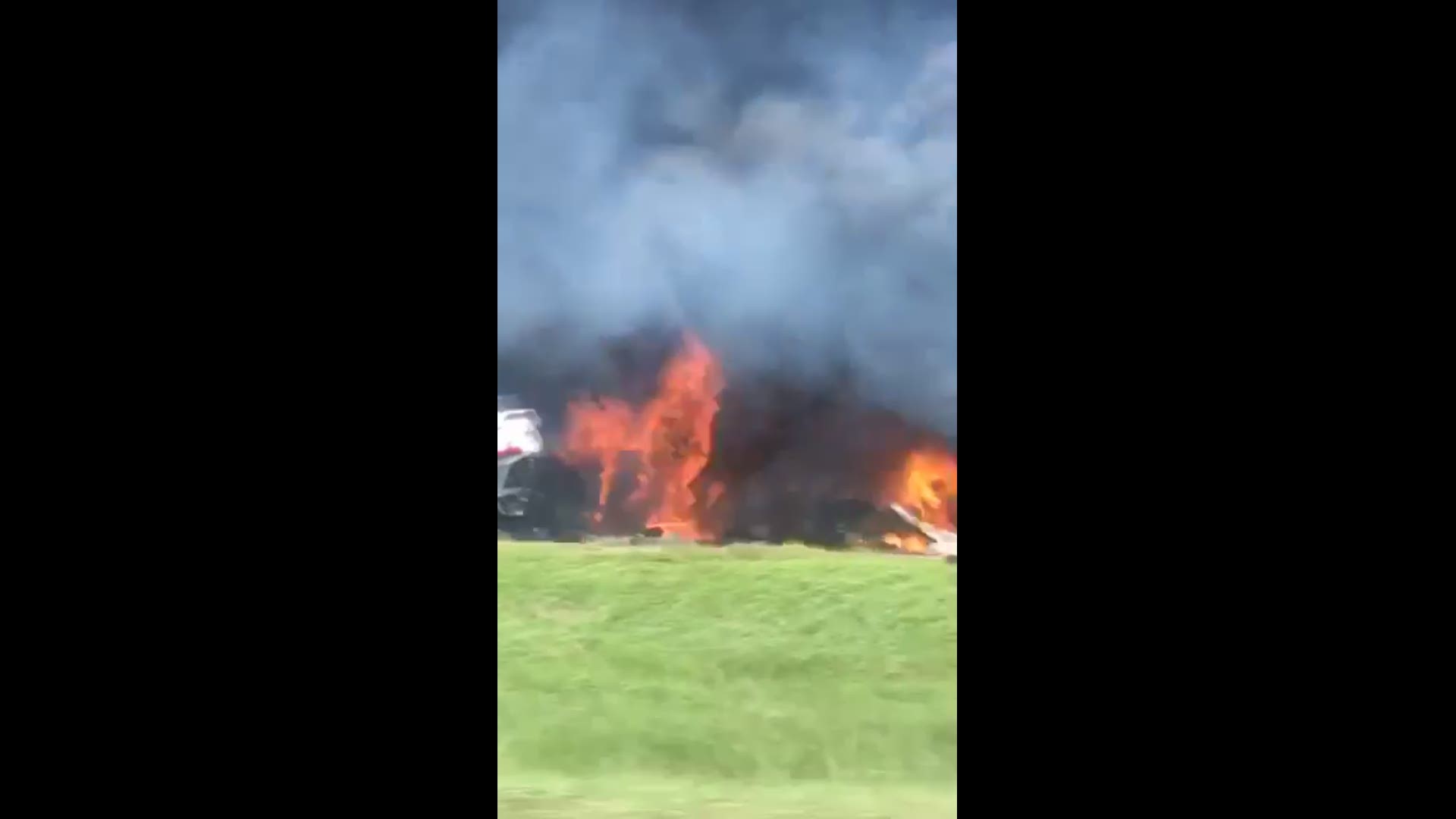 State Police closed I-12 westbound at the Springfield exit due to a vehicle fire Friday. Police are advising motorists to avoid the area if possible as crews work to clear the scene.

It is unclear how the fire started, but officials posted images of the crash to Facebook that appear to show thick black smoke billowing out from at least one vehicle on fire.

Video of the fire shows one car flipped upside-down and two 18-wheeler trucks with trailers (commonly referred to as big-rigs) toppled over and burning. No information has been released about what the trucks were hauling when they crashed.

Police confirmed two people were killed in the crash, but did not specify if any additional people were were injured.

According to WBRZ, Troopers say the crash involved two 18-wheelers and an overturned SUV. The station's network of cameras in the areas show smoke from the crash is visible for miles.

It is not clear if multiple vehicles are on fire or if it was started by a collision.

The Livingston Parish Fire Department is also at the scene, working to contain the fire.

Ed. Note: WBRZ is partnered with WWL-TV to provide news from throughout the state of Louisiana by sharing reporting and content.