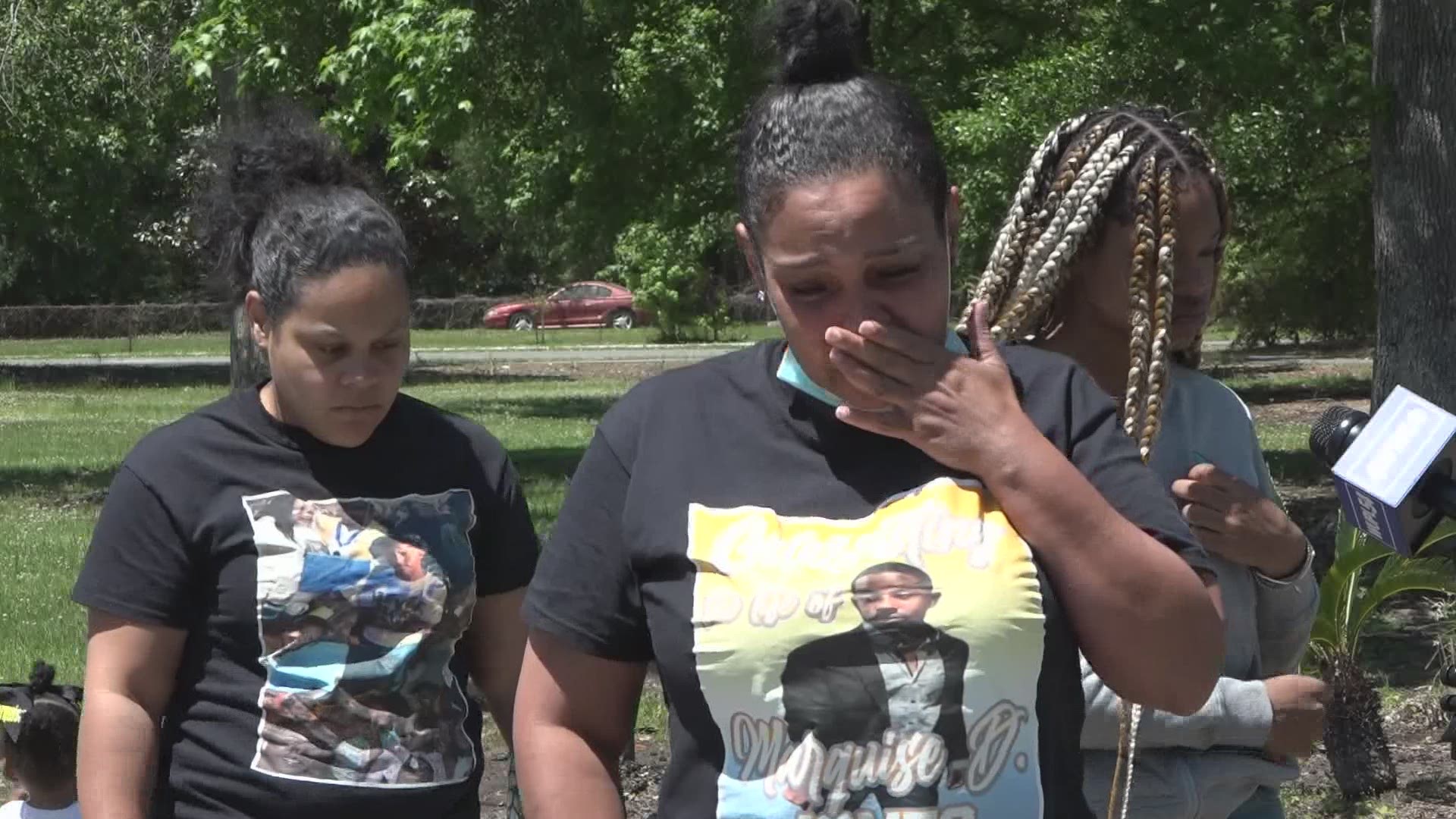 SLIDELL, La. — A cash reward is now being offered in the case of Marquise Jones.

His body was pulled from Lake Pontchartrain last month. His mother spoke with Eyewitness News and says she's begging the community for help in the case.

For almost two months, Erica Jones has been asking one question, why.

Her son, Marquise, went to a party in the 7th Ward on Feb. 26 and was never seen alive again.

"I feel like I failed," she said through tears.

On March 11, his body was pulled from Lake Pontchartrain. Authorities say the Southern University student had been shot. Jones says there's not a lot of information released about the case, but believes her son may have been targeted because he was gay.

She remembers the phone call when authorities found her son's body. She says she remembers it like it was yesterday.

"It was the most horrible call I've ever gotten in (my) life," she said. "That they found my son in the water."

Erica says she's since been living a nightmare.

A $2,500 reward is being offered in this case and Jones is begging anyone who can to come forward. She says any piece of information can help bring her family closure.

"Just give a tip please," she said. "Because if it was me, I would leave a tip for you, I promise you I would. No mother should have to go through this. I buried my son at 21-years-old for nothing, I know it's for nothing."

For Marquise's family, the pain, sadness and heartache grows stronger with every passing day. However, they're holding on to as much hope as possible that closure will come.

"All I need is some help to find who did this," she said.

New Orleans police say there's no new information to report on regarding the case. If you know something, you can call Crimestoppers anonymously. If the information leads to an arrest, you may be eligible for a reward up to $2,500.