'I was so sick I died twice': Illness tied to COVID-19 affecting children across the country 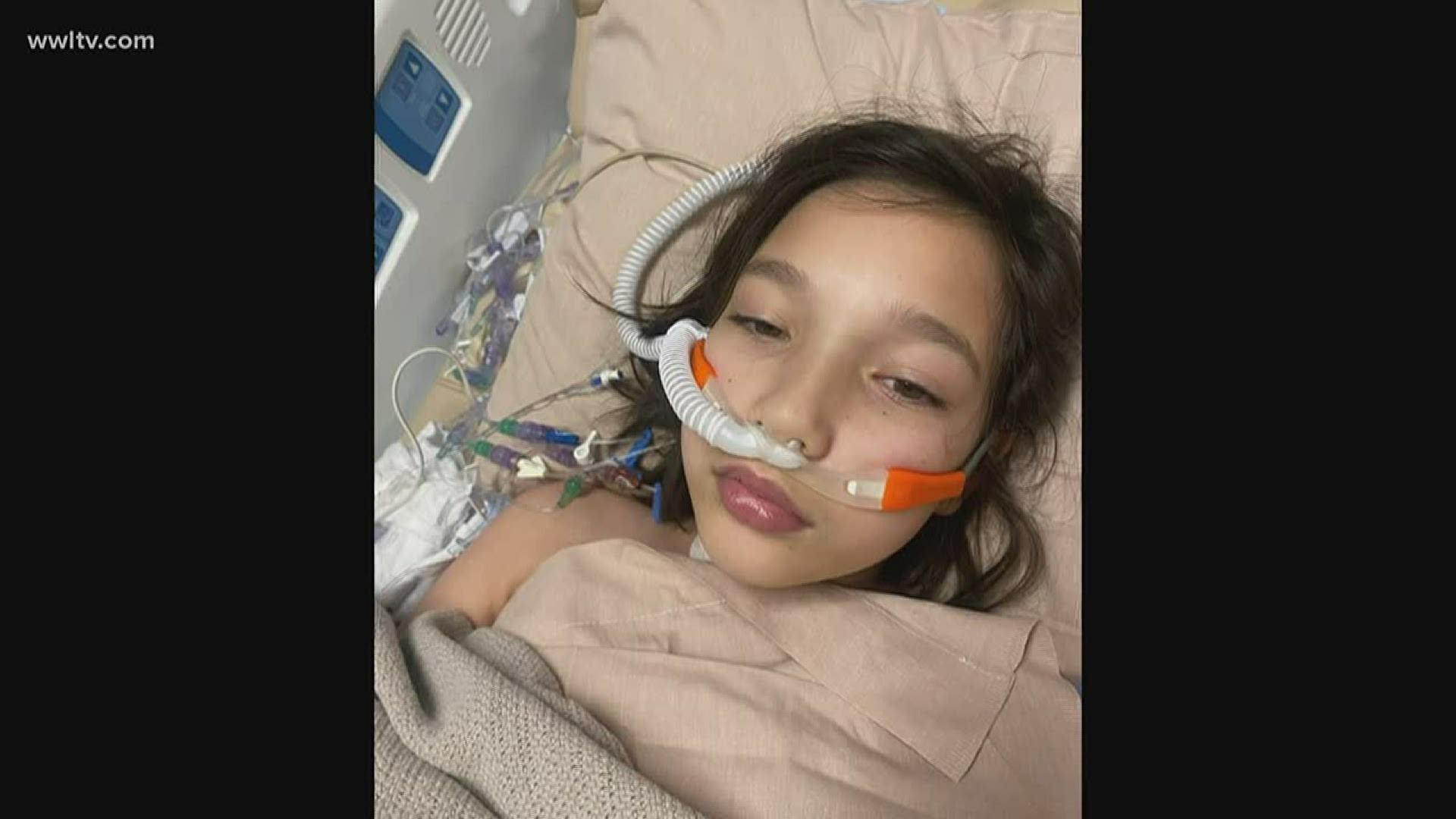 COVINGTON, La. — A complication of the Coronavirus is being found in children all over the United States and Louisiana.

An Ochsner Pediatric Cardiologist says he's treated at least four cases, including a 12-year-old who almost died because of it. She's believed to be the first case reported in the state, and spoke with Eyewitness News from her home.

"I just woke up," Juliet Daly recalled. "And about three seconds after I woke up I got a sharp pain in my stomach and I found it very hard to move."

"She had blue lips and she was very cold," remembers her father, Sean. "And she was sleeping the whole day. So, by late morning we decided to take her to the doctor."

Their pediatrician told them to immediately go to the Emergency Room. Once there, doctors knew how serious it was and were in the process of getting her to Ochsner Hospital for Children when things took a turn.

"I was so sick I died twice, which was very difficult," Juliet said.

"So she had cardiac arrest in the emergency room while they were intubating her for transport and then she had a brief episode while they were loading her in the helicopter," Sean said.

When the helicopter landed, Juliet was alive, but fighting.

"She was very sick," said Jake Kleinmahon. "When she came to us she was showing evidence of impending kidney failure, and impending liver failure on top of her heart failure."

Kleinmahon is a Pediatric Cardiologist at Ochsner Hospital for Children. He helped treat Juliet, who was believed to have had Pediatric Multi-System Inflammatory Syndrome. It's an illness that's linked to COVID-19 that's being diagnosed in six-month olds to teenagers.

"Kids are doing very well with coronavirus," Kleinmahon said. "But we are seeing a particular subset of kids who are being affected quite strongly. We're finding a lot of kids are presenting with abdominal symptoms, and they may have respiratory symptoms as well, they may or may not have fever."

The illness inflames the body's blood vessels and puts the immune system into overdrive. It caused so much stress on Juliet's heart, it shut down.

"She was in complete heart block where the electricity from the top of her heart wasn't communicating with the bottom of her heart, causing her heart to beat very slowly," Kleinmahon said.

"They had so many tubes," Juliet remembers. "There was so much stuff, it was in my neck, my arm and I had more wires, more, more, more, I basically felt like I was full of plastic."

On a ventilator for four days, countless blood draws, and numerous medications, Juliet slowly improved. Six days later, she was back home.

"It was quite difficult but she overcame it with flying colors," Sean said. "And I think her long-term prognosis is super good. Like I said, her mom and I were only going to do as well as she did."

"And I did pretty well," chimed in Juliet.

Getting her to the hospital quickly helped save Juliet, who is finally becoming that energetic 12-year-old again.  It's why she's sharing her story, because while rare, it can happen. And if it does, maybe her story can help another life be saved.

"She's a fighter throughout this," Kleinmahon said. "She's an incredibly kind and funny girl, it's been a real pleasure to get to know her along this journey."

Symptoms include prolonged fever, severe abdominal pain, a change in skin color and racing heart or chest pain. If your child experiences any of that, or something else unusual that's caught your attention, call your pediatrician immediately.

RELATED: 'I died and came back' - COVID-19 sends Covington 12-year-old into cardiac arrest