The Ice Man Dip and Dash is about starting the new year with a challenge, but more than that, Franco said it's about hope. 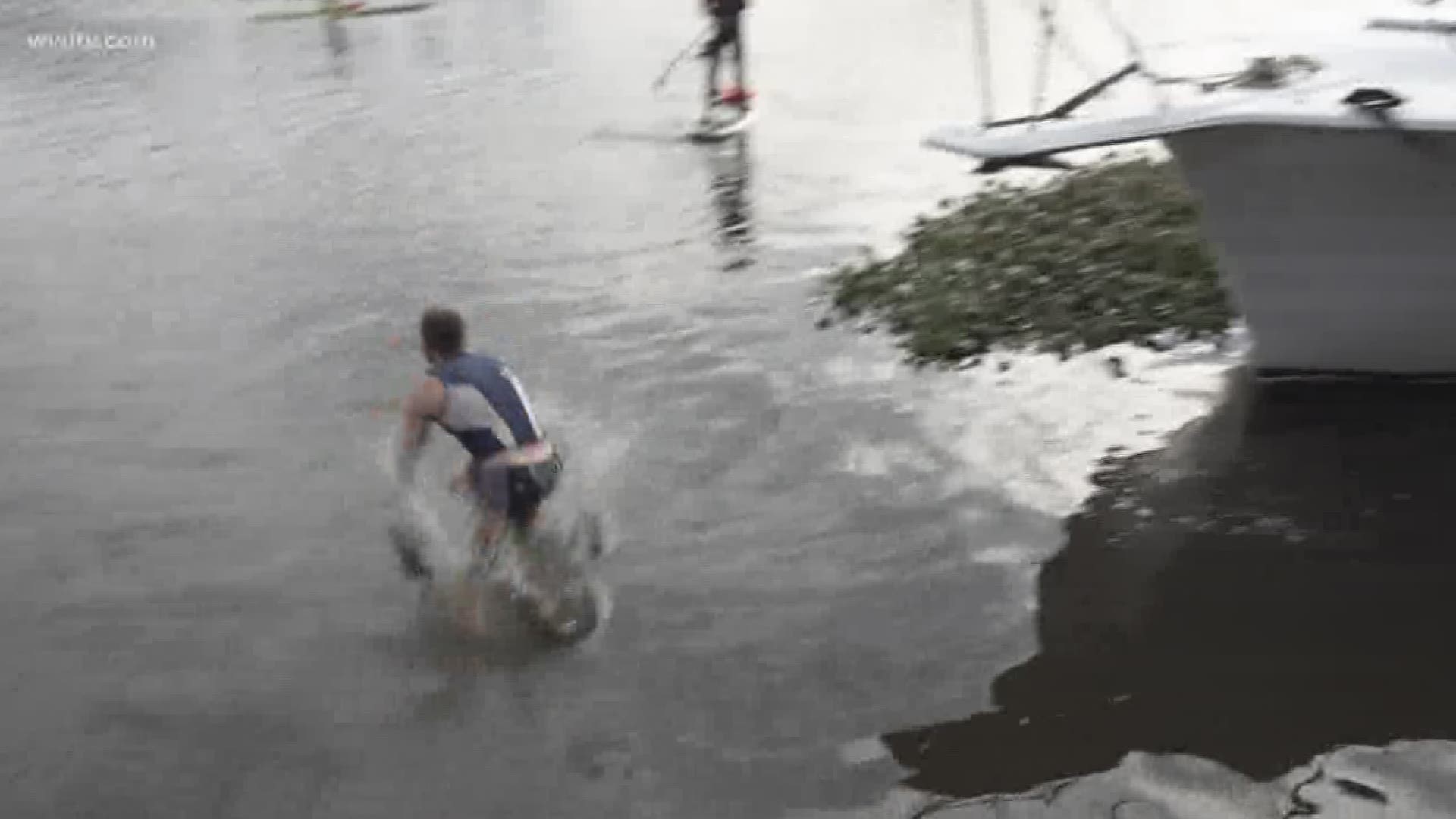 MANDEVILLE, La. — While many stayed up late to ring in the new year, others woke up early Wednesday morning to start their year differently. The annual Ice Man Dip and Dash was held at Franco's Athletic Club in Mandeville.

"It kind of takes your breath away," Ginger Spansel, on of the 39 participants, said.

The water is chilly, typically about 55 or 60 degrees according to Ron Franco, owner of Franco's.

Joshua Dolese, 14, was the fastest participant this year.

"It feels like a really good accomplishment," he said.

The Ice Man Dip and Dash is about starting the new year with a challenge, but more than that, Franco said it's about hope.

"It makes you feel like you can do anything," he said.

This event raises money for Team Gleason in memory of one man who helped start the event about 30 years ago.

Franco said one New Year's Day, he and three friends decided to go for a run. The Madisonville Bridge wasn't open for them to run over at the time, so they decided to take a plunge.

"We said 'if we were real men we'd just swim the river' and it was freezing cold and we did it, and it's been a tradition ever since," Franco said.

One of those men was Donnie Jarrell.

"He was one of these people just full of life," said Tony LeMon, an old friend of Jarrell's and yearly participant in the event.

RELATED: A final fundraiser for the man who boosted the ice bucket challenge

Jarrell was an athlete, a school teacher and an inspiration to many.

"Donnie was the person that inspired me to do athletic things I didn't think I could do," LeMon said.

Jarrell was diagnosed with Lou Gehrig's Disease, also known as ALS, just before his 40th birthday.

"Even with his illness he was still teaching classes with a voice box," said Sandy Franco, owner of Franco's. "He was just awesome."

"The reason why I do this race this year is to remind myself to never take anything for granted, that life is a gift, we're blessed with whatever we have," LeMon said.

Ever since, the dip and dash has been for Jarrell, while inspiring others at the start of a new year.

Nearly $2,000 is raised each year for Team Gleason which supports people with ALS.