"Really bad rain. It came in really fast," said District Chief Willie Boudoin. "It happens from time to time. It's been two and a half years." 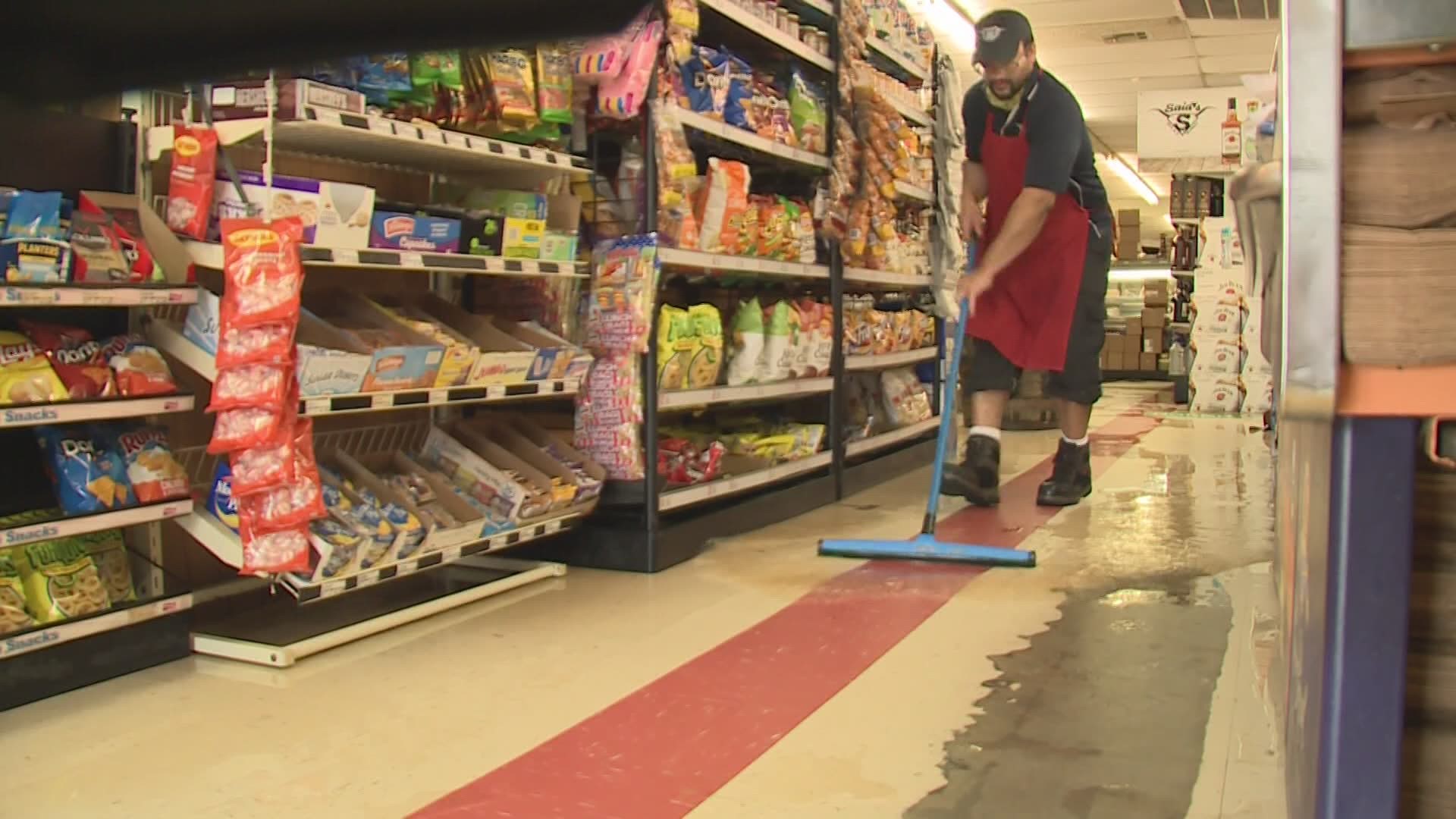 MANDEVILLE, La. — Neighborhoods south of I-12 in Mandeville experienced 8 to11 inches of rain in just a few hoursTuesday morning.

Saia's Meat Market on Florida Street started getting water inside just as they opened for business for the day.

"By 9 o'clock it rose so fast it came in," said Saia's owner, Alan Tyrone. "A couple inches. Just enough to make a mess, nothing damaged, just a mess."

They were open to customers by Tuesday afternoon. Tyrone has owned Saia's for 20 plus years but doesn't remember taking in water since before Katrina.

Several inches of water filled their parking lot and covered a part of Florida Street, forcing law enforcement to close a stretch of the busy highway for several hours.

Just a couple blocks away on Girod Street, the Mandeville Fire Station took in several inches of water too.

"Really bad rain. It came in really fast," said District Chief Willie Boudoin. "It happens from time to time. It's been two and a half years."

It didn't stop them from responding to calls, but added to their list of duties for the day as they swept the water away.

RELATED: Scattered showers and storms stay in the forecast

RELATED: Mandeville flooding: Up to 11 inches of rain floods roads and businesses