Man has leg severed by train, officers credited with saving his life

After getting reports that someone was hit by a train in Slidell, police officers found a 66-year-old man whose leg was severed, and they saved his life. 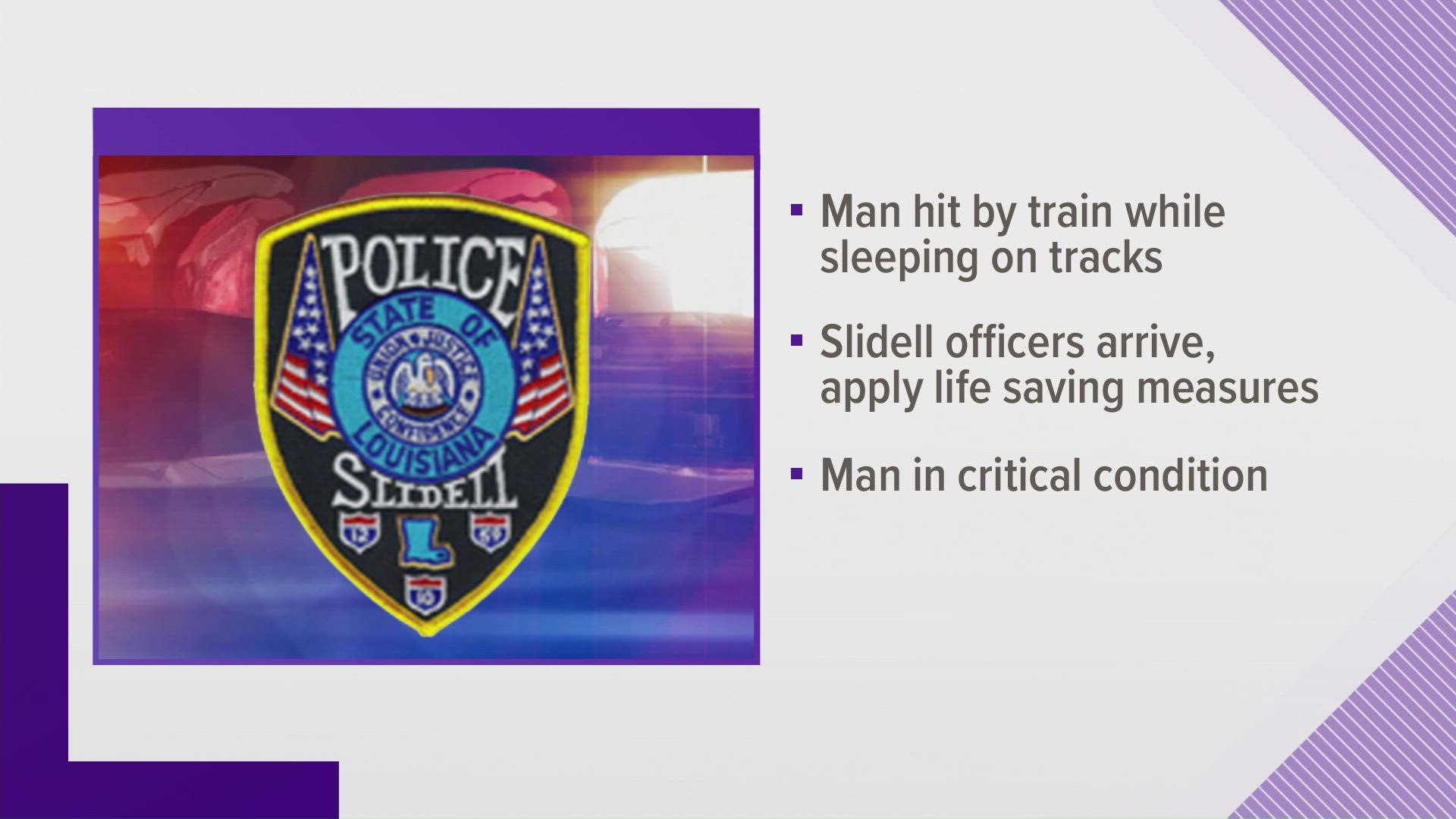 SLIDELL, La. — Slidell police officers responding to calls for help Saturday night saved a man's life after an Amtrak train took his leg off, a police spokesperson wrote in a news release.

Around 9:30 p.m. Saturday an Amtrak train engineer told Slidell police his southbound train had hit a person who looked like he may have been sleeping on the tracks.

Police officers with the Slidell Police Department searched an area near Louisiana Highway 11 and Indiana Avenue Saturday night and found a man whose leg was taken off by the train.

The police officers quickly used a tourniquet to stop the man's bleeding, and that presumably saved the man's life, the Slidell Police Department spokesperson said.

The 66-year-old man was taken to University Medical Hospital in New Orleans, where he's listed in critical condition.

"An emergency room doctor informed officers had it not been for their quick response, and application of the tourniquet, the man would not have survived," the release said.

“I am very proud of our officers for their quick response and performing lifesaving measures on this gentleman. Our officers are educated on a lot more than just law enforcement techniques, during their annual continuing education training. My thoughts and prayers are with the victim and for his road to recovery,” Slidell Police Chief Randy Fandal said.