“It’s really sad, my heart breaks for everybody in here. It’s sad a way to get to know your neighbors." 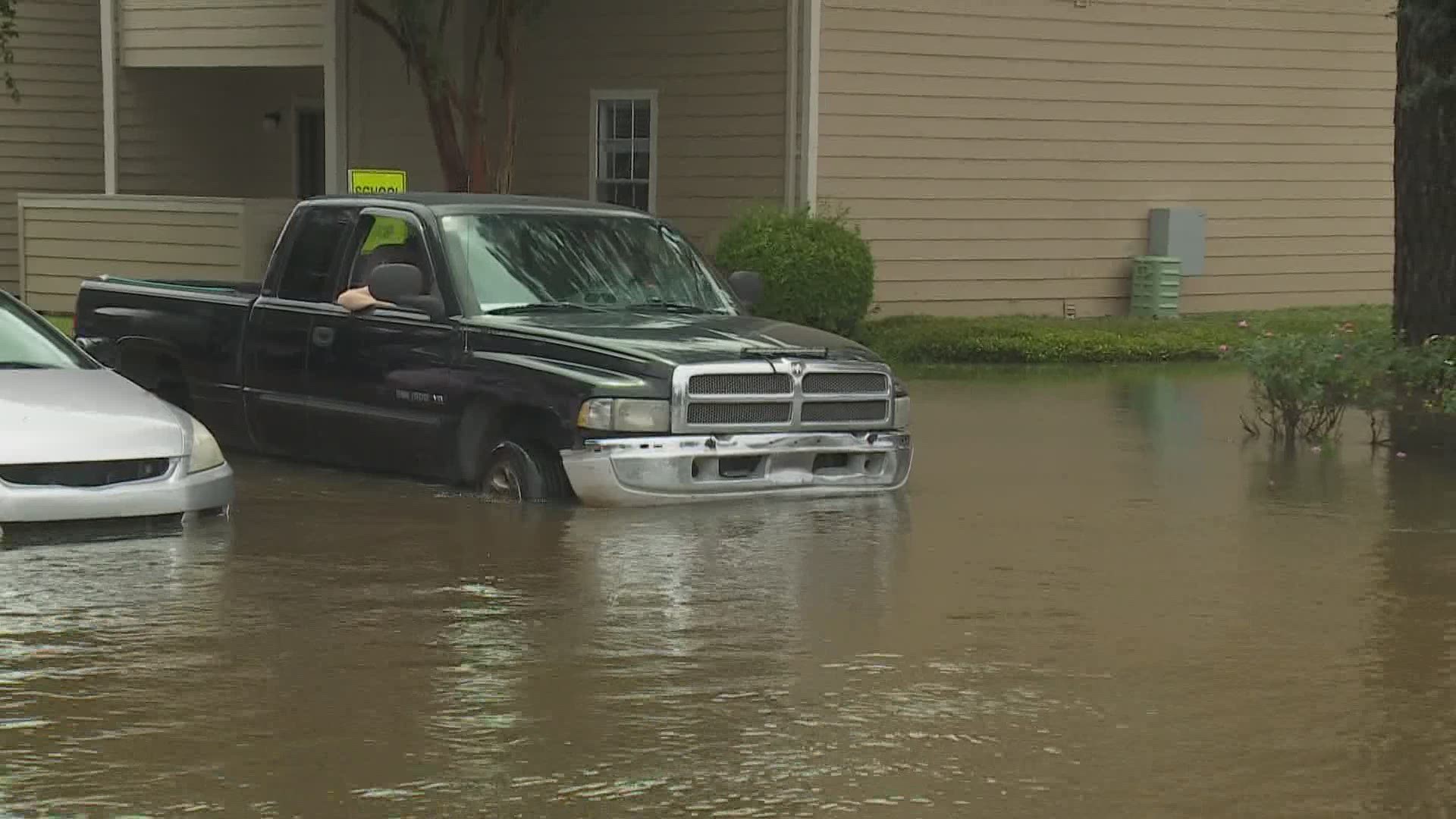 MANDEVILLE, La. — In parts of Covington and Mandeville, Tuesday’s flooding hit particularly hard in an area just off the causeway.

By early afternoon, large and deep patches of water surrounded Cypress Lake Apartments.  A parade of cars trying to get a better view of the flooding moved along the service road.  Inside the apartments’ property line, dozens of people stood outside trying to figure out what to do next after with their homes and cars got flooded.

“There’s like seven or eight complexes, and every one of them got underwater,” Margott Catrambone said.

Catrambone lives in a second-floor unit, which kept her apartment dry.  She says some of her neighbors living on lower levels got about four inches of water.  She spoke with us as she was leaving the complex in her truck.  Other cars in the parking lot were stranded.

“The tow truck has already made four trips in here, and they’re all like brand new cars,” she said.

“This just some Louisiana stuff for you,” Louis Castro said.

Castro also lives at the complex.  He’s in awe of how quickly the flooding took over.

Not far from the apartments, is Avala Hospital, which managed to keep its doors open throughout the flooding.  A piece of video the hospital shared showed significant flooding outside of the hospital before sunrise.  Another video from an employee showed another deluge after sunrise.

“I’ve been at this facility going on 20 years, and today has been the worst, there’s been nothing like this,” said Charis Drouant, who works in business development at Avala.

Drouant says no water ever got into Avala.  To keep operations going, and to keep employees and patients moving through the hospital, they got creative.

“We put in a valet system, our ops team helped us with that and some of our staff.  We kept everybody dry as possible,” Drouant said.

Back at Cypress lake Apartments, there was no official count yet of how many units took on water, but you don’t need an official tally to understand the misery the flooding has caused.

“It’s really sad, my heart breaks for everybody in here.  It’s sad a way to get to know your neighbors,” Margott Catrambone said.