Because the isolated flooding wasn't declared a disaster, those affected aren't getting federal help. 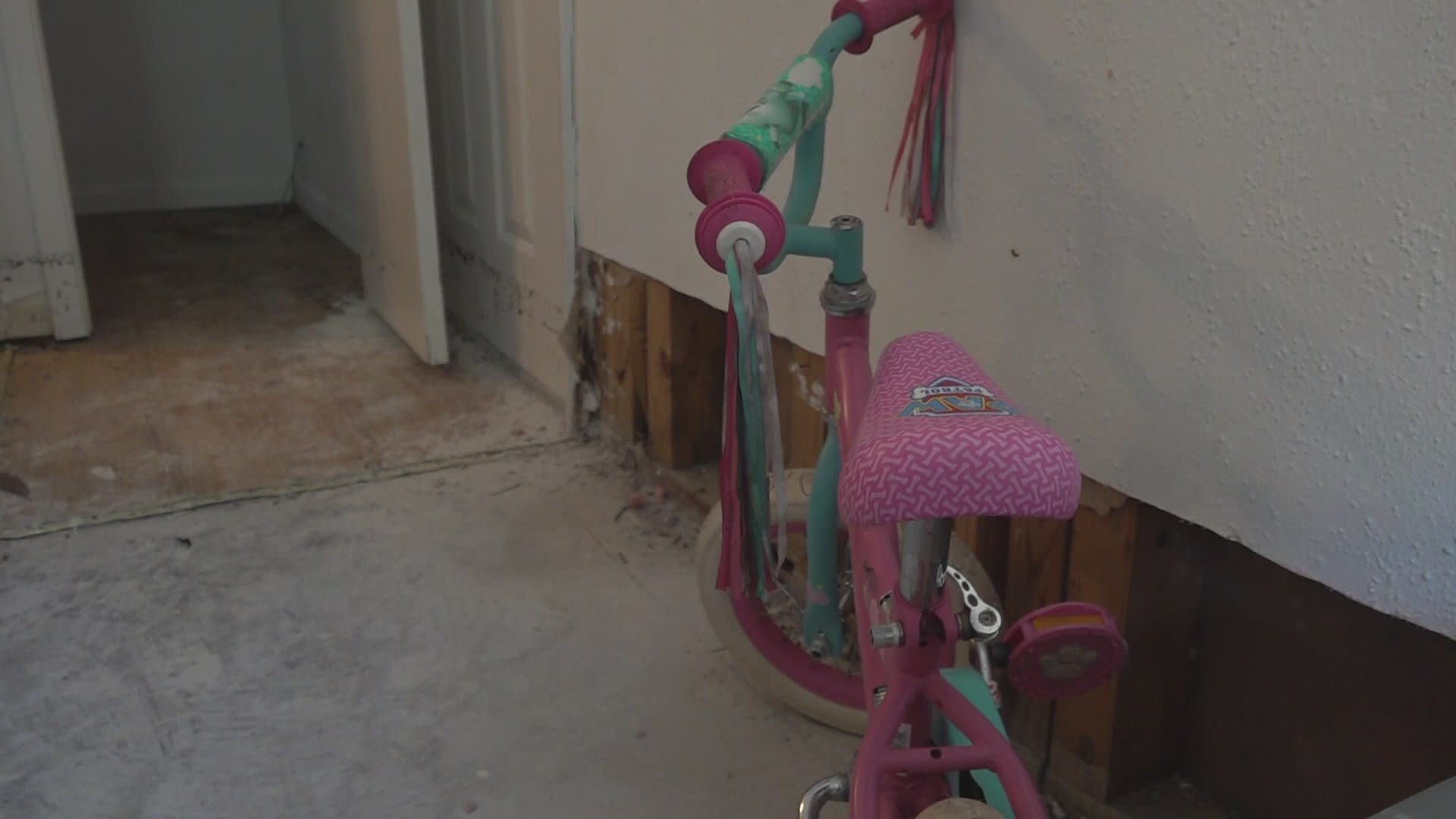 MANDEVILLE, La. — More than a dozen families in Mandeville don't have a home after 11 inches of rain fell in just hours last Tuesday. An apartment complex on the Highway 190 service road saw the worst flooding from the event.

"You can kind of still see where the water line was on the door," John Wolke said as he pointed to his apartment door.

It's been one week since Wolke and his fiancee had to carry their 4-year-old daughter and dogs out of their water filled apartment.

They've lived in Cypress Lake Apartments for five years, but are now searching for a new home.

"This TV stand already has mold growing in it," he said while walking through his apartment. "It's everywhere."

Sixteen units there flooded. The complex is now tearing up carpets and drying out the rooms.

"Sixteen families, 16 apartments are now looking for places to live," Wolke said. "We had renters insurance, but apparently it does not cover a natural flood."

He is trying to salvage what he can, but it will be minimal.

"We were fortunate that my parents were able to take us in temporarily, but a lot of people who live at these first floor apartments don’t have anywhere to go and they're still sleeping at these apartments which I don’t think is safe at all, some of them senior citizens," he said.

Cypress Lake is at 100 percent capacity so its staff has struggled helping tenants find new homes.

"They’ve helped as much as they can," Wolke said.

"We've even started looking in Walker and Denham Springs, but we don’t want to leave the Mandeville area. Our daughter is about to start Pre-K," Wolke said.

"Because it wasn’t declared a disaster area, because it was so isolated, all these families that lost their apartment aren’t getting help from United Way or FEMA or anywhere we look," he said, struggling with where to turn next. "We're not in a position to take out a loan."

He at least hopes to move into a new home before his daughter's first day of school.

The apartment complex put up tenants in a hotel for several nights, but now some are back in their units until the end of the month when they have to be out.