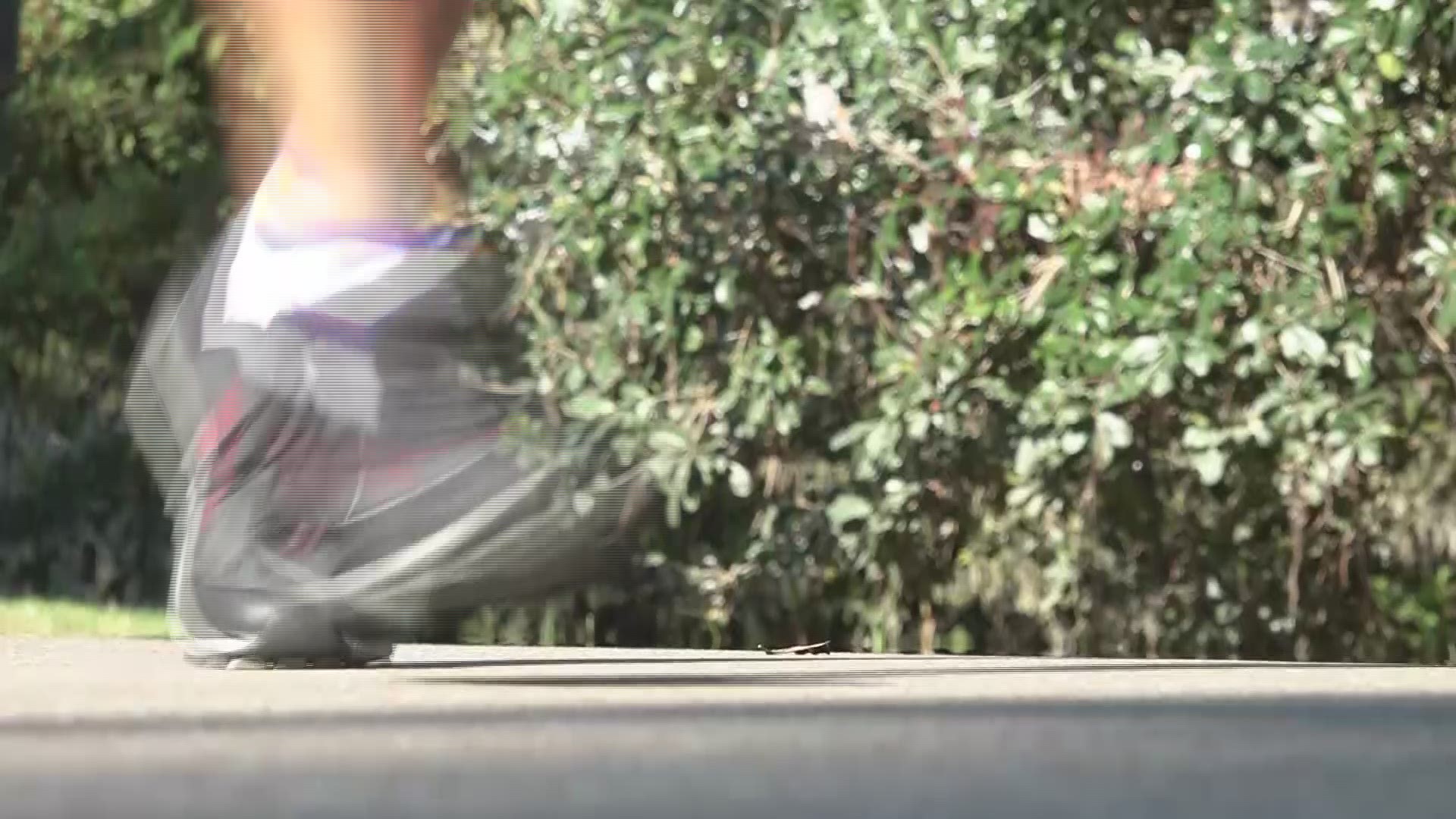 MANDEVILLE, La. — After losing eight friends in 18 months to suicide, a Mandeville man is raising awareness by taking on a major challenge.

Anyone with suicidal thoughts is suffering and often you'd have no idea. Jason Paulin was shocked when several of his friends took their own lives. They were people who seemingly had everything going for them. Paulin decided to do something about it.

As a former bodybuilder and college football player, you might be surprised to hear one of the biggest challenges for Paulin is running, but he's also faced emotional challenges after losing now more than eight friends to suicide.

"On the outside, great money, happy family, wonderful wife, and I had no idea," Paulin said, still surprised about his friends who took their lives.

He decided to set a challenge for himself that he knew wouldn't be easy.

"Naturally because running was always a challenge for me, I was like that's it," he said.

He set a challenge for himself to run ultra-marathons to bring awareness to suicide. He's now completed a 50K and 100K and plans to complete a 100 mile run.

"I remember my first 5K and how hard that was and I just wanted to suffer a little bit in honor of those guys," he said.

Now he runs anywhere from 5-to-25 miles everyday on the Mandeville lakefront, preparing for his greatest challenge yet, a 100-mile run this December.

"It's such a challenging topic, it's sad, it's maybe a little embarrassing, that people don't talk about it, so this gives people an outlet to talk about it," he said.

He's shared his journey on social media, raising $11,000 for the American Foundation of Suicide Prevention. He's also become an outlet for others to share their stories.

For Paulin running is still a challenge, but he admits it's nothing compared to the internal challenges his friends faced. The challenge now is making a difference to help others feel less alone.

Paulin attempted a 100 miler last month in Colorado completing 74 miles in 24 hours. Determined to finish the challenge, he's hoping to complete 100 miles in 30 hours in Ville Platte this December.