Messages in bottles: Mandeville school's project has made it all over the world

The messages are sent by students who then try to make predictions as to where they'll end up. Another one recently turned up in Texas after Hurricane Laura. 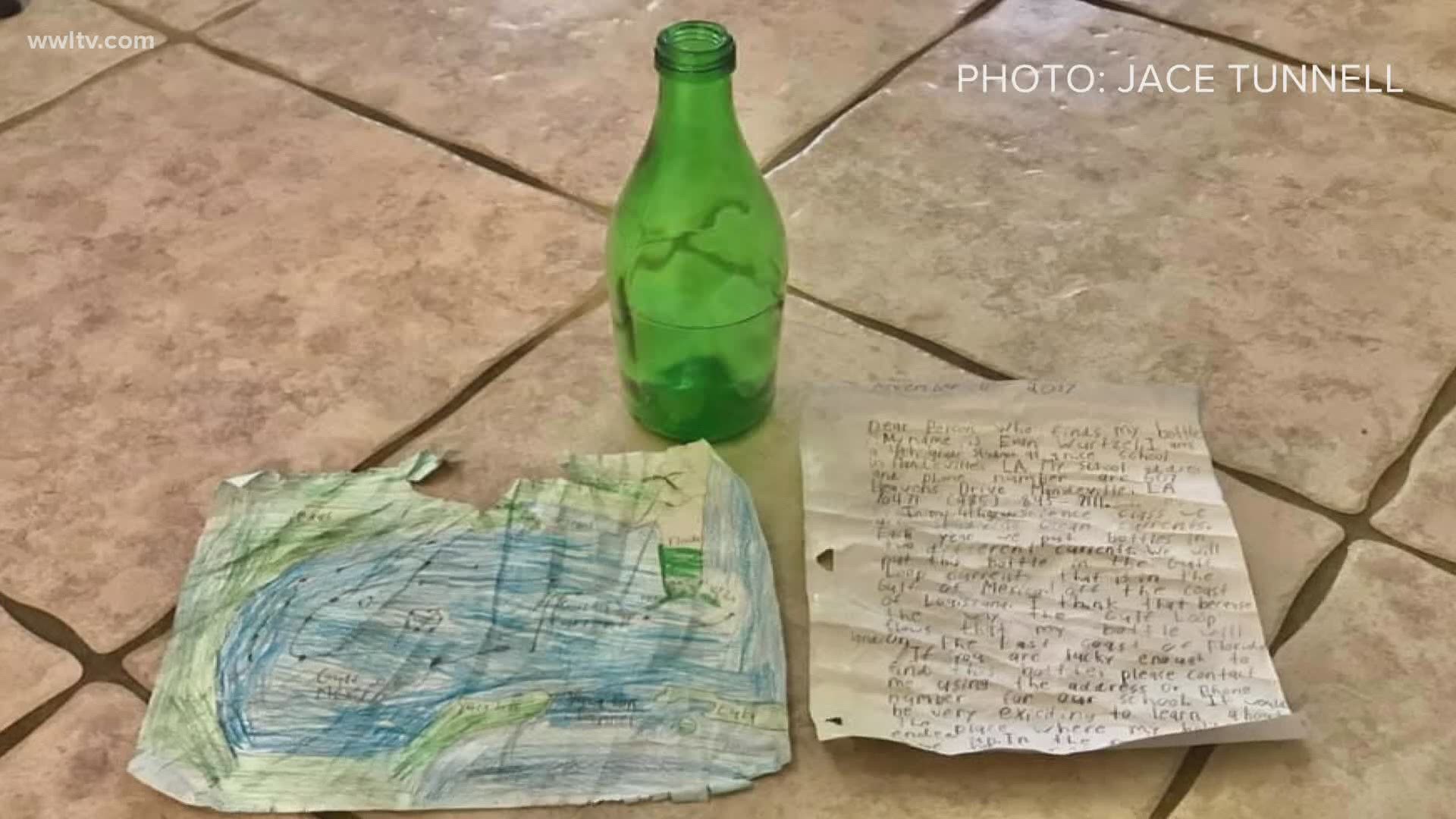 MANDEVILLE, La. — There’s a map near the front door of Cedarwood School in Mandeville, with more than a dozen black push pins scattered all over the world.

The Bahamas, Miami, Galveston; even France, Portugal, and the U.K… They indicate all the places that students’ messages in a bottle have been found.

But none have been found three years after launch, until Evan Wurtzel’s was discovered after Hurricane Laura.

“I totally forgot about it,” said Evan, who is in seventh grade now. Back in fourth grade, the message in a bottle was an exciting class project.

“We were studying the ocean currents, and to add onto it, like a little project, we made two bottles. And we dropped one in the Atlantic coast by North Carolina, and one in the Gulf Coast. And we predicted where each bottle was going to go.”

Three years later, it ended up in the hands of marine scientist Jace Tunnell. He’s the director of the Mission-Aransas National Estuarine Research Reserve, administered by the University of Texas.

“The letter actually had on there, they thought that it was going to go to Florida and it would be there within a certain amount of time or whatever, and turns out, it went the opposite direction! It ended up in Texas,” said Tunnell.

Tunnell was surveying the beach for animals before work near Port Aransas early one morning, when a bottle caught his eye.

He believes Hurricane Laura likely brought the bottle ashore, or revealed it in the sand. It took days to dry out the message inside.

“This one, with having a map and a lot of detail in the writing, and it being from a 4th grader, it was pretty amazing,” said Tunnell.

In addition to including contact information for the school, the letter read,

“If you are lucky enough to find this bottle, please contact me using the address or phone number for our school. It would be very exciting to learn about the place where my bottle ended up.”

“I thought it was really cool. At first, I didn’t believe it. I thought she was just tricking me,” said Evan.

Evan and Tunnell got to talk about the discovery. But when asked if Evan might become a marine biologist one day?

“Well, I’m only twelve now, I’m trying not to plan into the future that much,” he said.

The future of his message in a bottle, though, is certain.