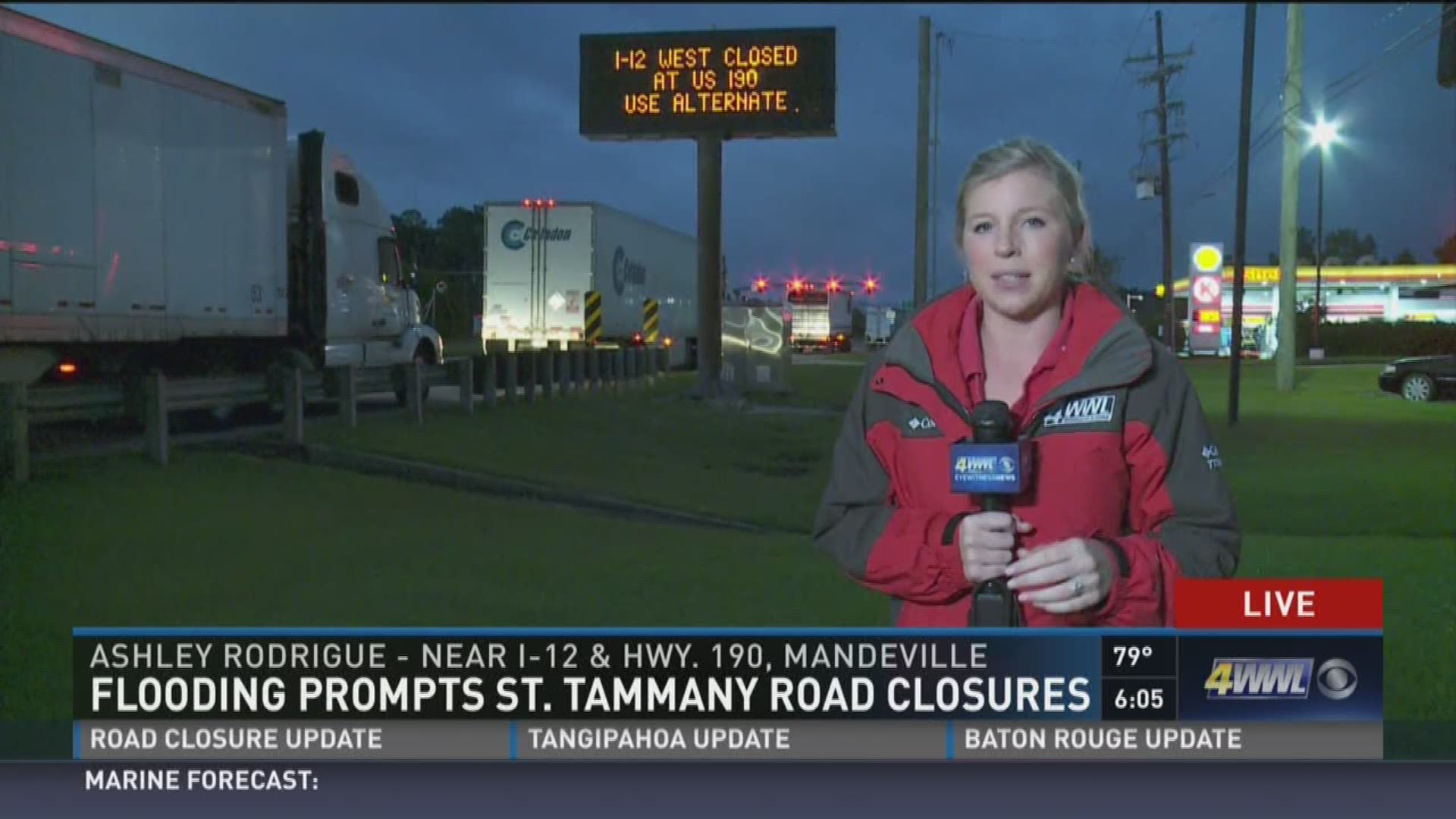 Update from North Shore Bureau Chief Ashley Rodrigue: State Police say they are starting to get people off of I-12! Those evacuees will be taken to the shelter at the Hammond Recreation Center on East Coleman for anyone that needs to pick up relatives.

ALBANY, La. -- For nearly 24 hours, I-12 between Baton Rouge and Covington has been closed due to water across areas of the roadway.

Louisiana State Police and the Louisiana National Guard have been working to evacuate stranded motorists using high-water vehicles, but many people remained stuck on the interstate as of 6 a.m. Sunday morning. 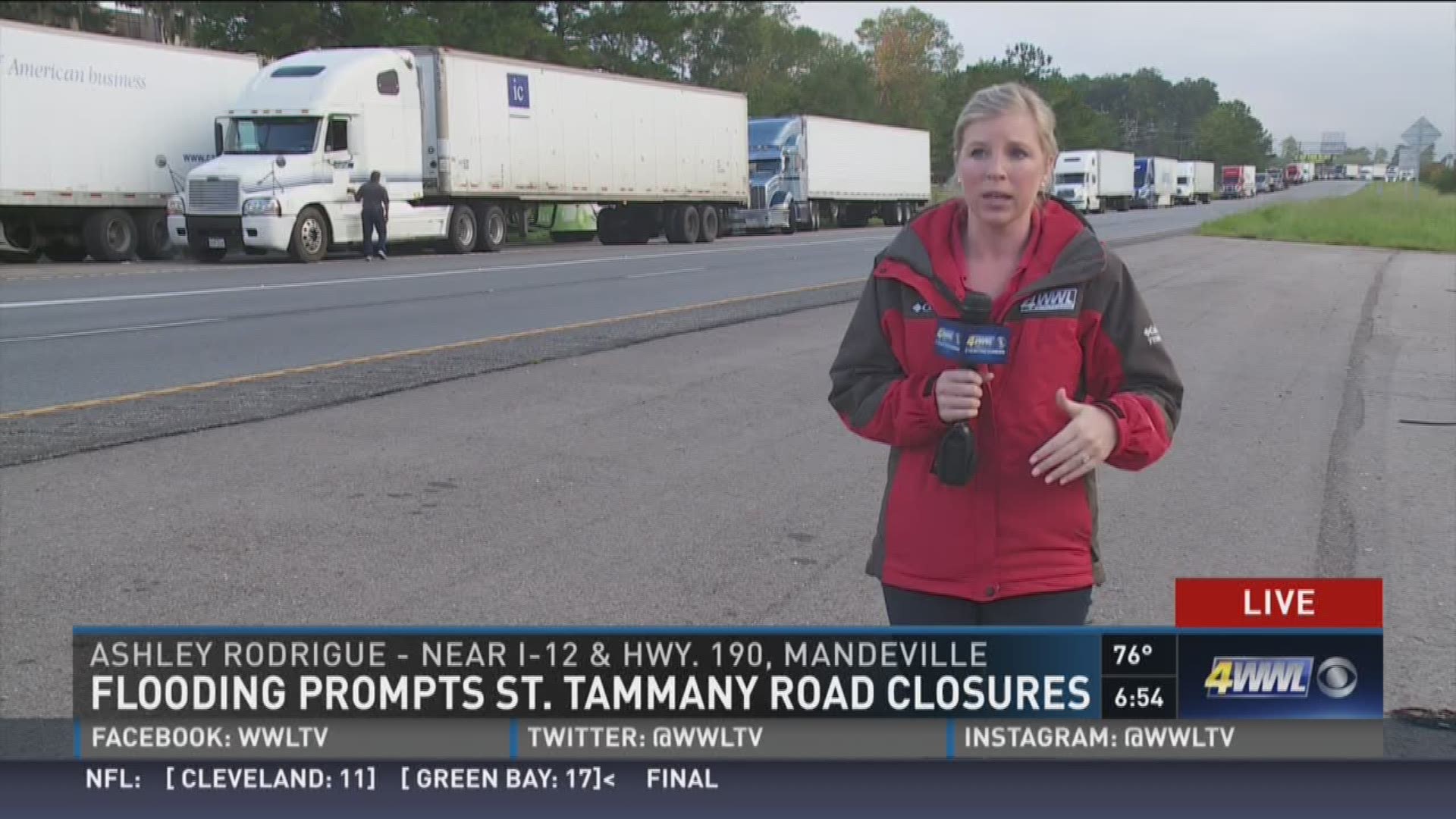 State police said 140 motorists were rescued from I-12 near the Amite River and were brought to a pick-up location and taken to a shelter by the East Baton Rouge Sheriff's Office.

Troopers and National Guard have started moving east on I-12 to provide assistance between Denham Springs and Albany.

A state police spokesman said authorities are going car to car to rescue people stranded on the Interstate from the horrific Louisiana flooding.

Major Doug Cain from the Louisiana State Police said about 125 vehicles are stranded on I-12 going from Tangipahoa Parish to Baton Rouge. He says most of the vehicles are on a seven-mile stretch of the freeway.

Authorities are going in high water vehicles to each car to rescue people and carry them to safety.

A flash flood emergency was declared Saturday for areas in and around the Amite and Comite rivers as they crested well above flood levels, sending water cascading into neighborhoods, flooding many homes.

I-12 was shut down near Highway 190 in Covington as travel to more northern parishes become impossible with roads filled with water from historic flooding.

The Central area just north of Baton Rouge was hard hit with one resident there saying her home was a loss as the Amite river flowed over its banks and took out her neighborhood.

High water was also a major issue in Livingston Parish and parts of Tangipahoa and some areas in Washington Parish.

The Louisiana National Guard said it had rescued more than 500 people and 61 pets in seven parishes, including 15 air rescues.