The new rails already installed have been put to the test 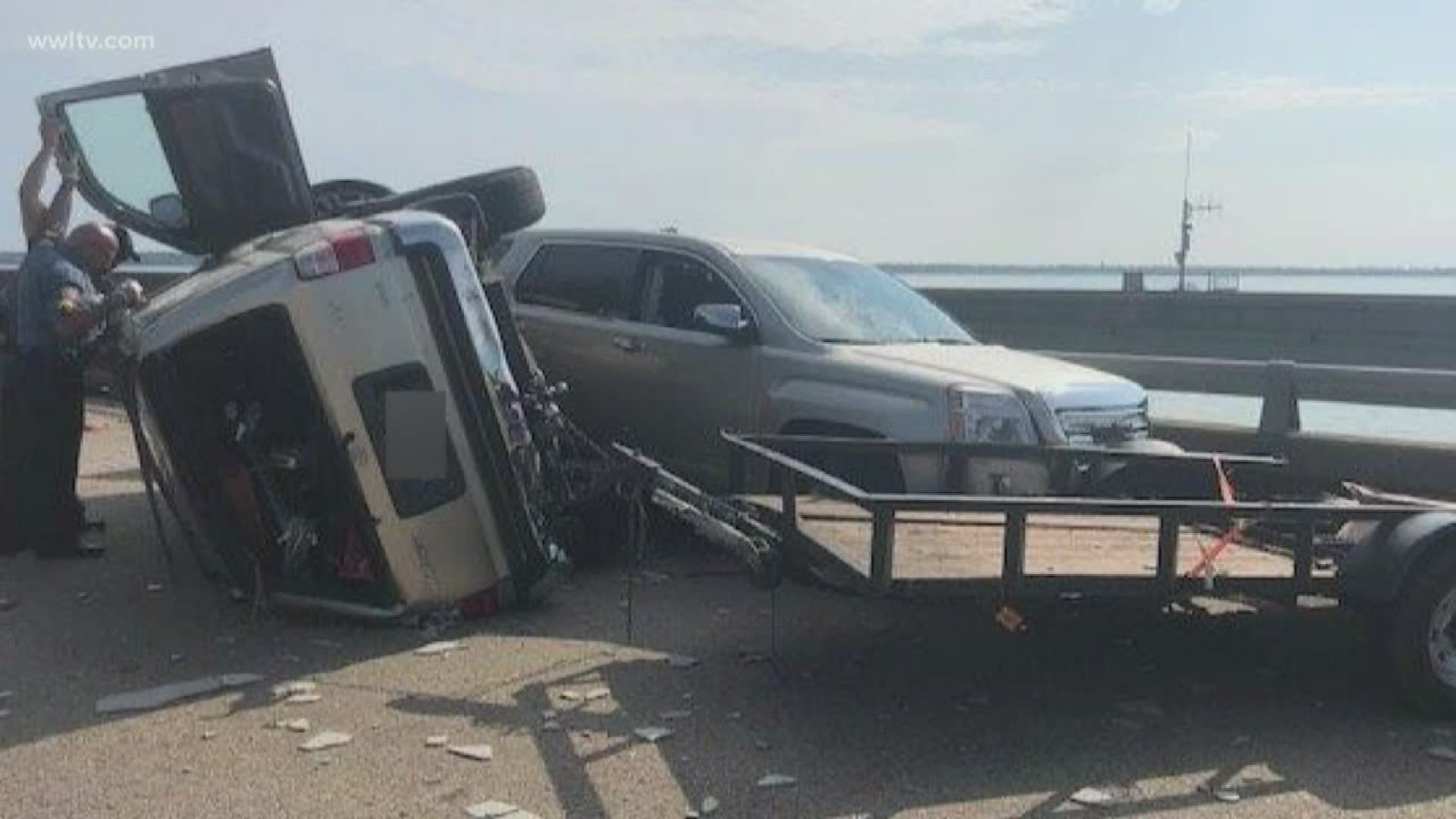 “We’ve had 18 overboard in 20 years, 17 of those on the southbound bridge,” Causeway General Manager Carlton Dufrechou said. “These will save lives.”

They already have. On Aug. 15, around 9 a.m., a diabetic driver lost consciousness and rear-ended another driver with a trailer.

“This was the first case of anything hitting them,” Dufrechou said. “It looked like they functioned exactly as designed.”

There are fresh markings near the 21 mile mark where it happened, but the rails kept the driver from crashing into the lake.

“The trailer actually kicked up on the rail,” Dufrechou said. “The new rail, thank gosh, kept it on the bridge.”

PREVIOUSLY: First of 12 shoulders on Causeway set to open in coming weeks

So far, four miles of the new guard rails have been installed, so there is still a lot of bridge to cover. The project also includes 12 safety shoulders. Construction should be complete by next summer.

The $100 million project is the largest safety upgrade the causeway has seen in 50 years.