The town is buzzing Tuesday since a Slidell based website, Slidell Independent, posted that the project would be an Amazon fulfillment center. 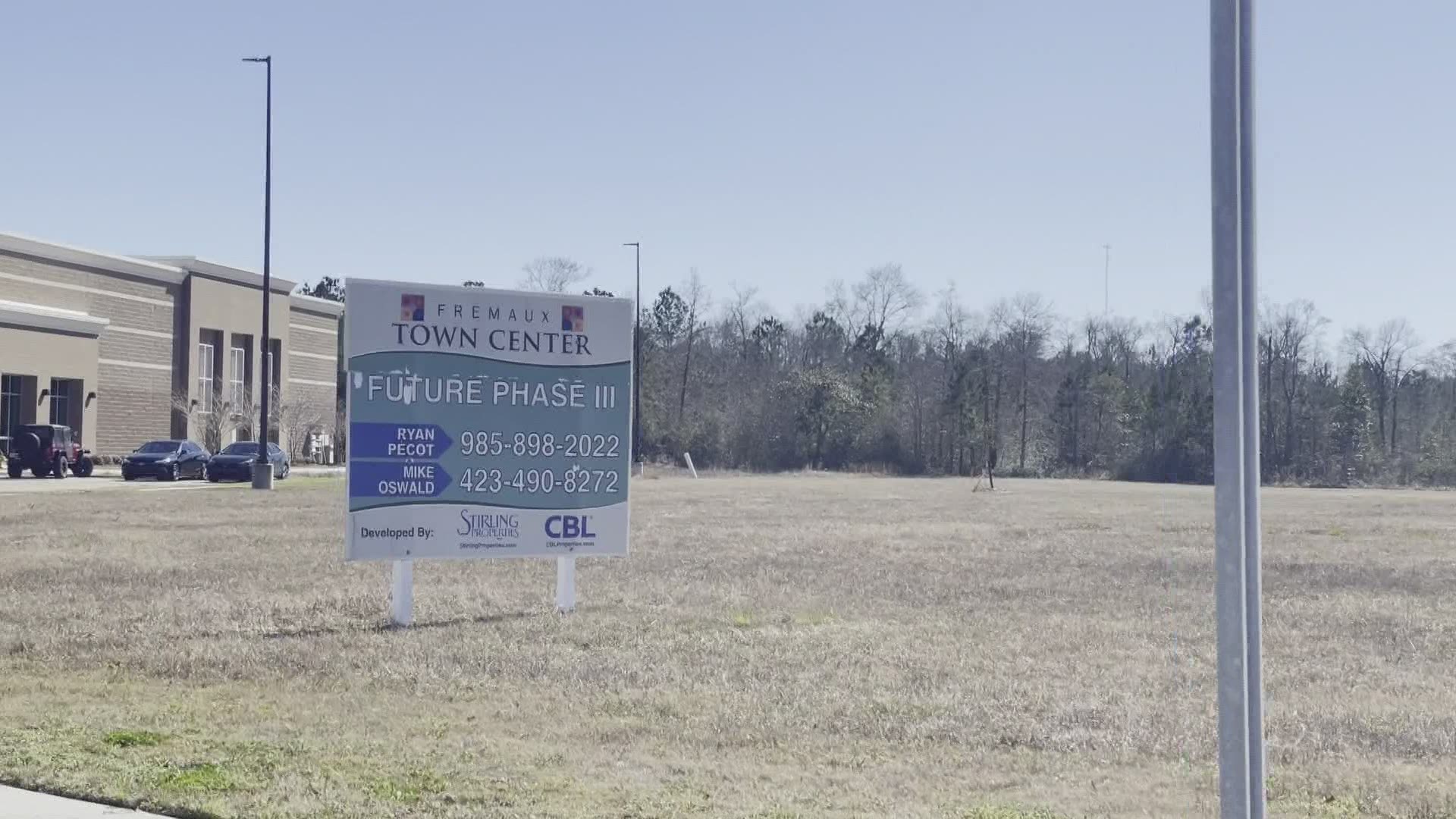 SLIDELL, La. — There's a lot of talk in Slidell about what might be developed along Old Spanish Trail and Town Center Parkway. Nothing has been confirmed yet, but officials seem excited about whatever project is in the works.

A land clearing permit was approved for the location, but it’s still not clear what for.

“The only thing we know is that whatever is going to be there is going to bring a lot of jobs to the area and that's a good thing,” said Derrick Schlumbrecht, Manager for The Mason Fremaux Park, a new apartment complex just down the street from the property. “This location is really a prime location in Slidell. It’s up and coming.”

The town is buzzing Tuesday since a Slidell-based website, Slidell Independent, posted that the project would be an Amazon fulfillment center.

In December, Amazon announced plans to open its first fulfillment center in Louisiana right outside Lafayette.

So, one couldn't confirm Amazon was coming to Slidell, but Mayor Greg Cromer did seem excited about whatever project is in the works there.

“You know, it was rumors. I really wasn’t taking it serious and then I started talking to contractors,” said Larry Haik, a commercial real estate agent in Slidell.

Haik has a lot of property in the Old Spanish Trail area. It’s a property that has only recently been getting interest. He believes it could be, in part, because of the possibility of a large development, like Amazon.

“It’s been good for my business because of properties I've had on Old Spanish Trail for several years that weren't going anywhere and all of a sudden I’m starting to get all this activity,” he said.

He believes the still expanding Fremaux Town Center adds to the hot real estate. In addition, a $250 million casino resort is in the planning phases close by. It has yet to get final approval.

“I just think this area is going too boom. It’s going to create a lot of jobs for people,” Schlumbrecht said.

In our request to Amazon about the possible project, a spokesperson said, “We have a longstanding practice of not commenting on rumors or speculation.”