New youth treatment home set to open on the Northshore

“We literally could fill two Superdomes with the children that are in need of the level of care that we are talking about." 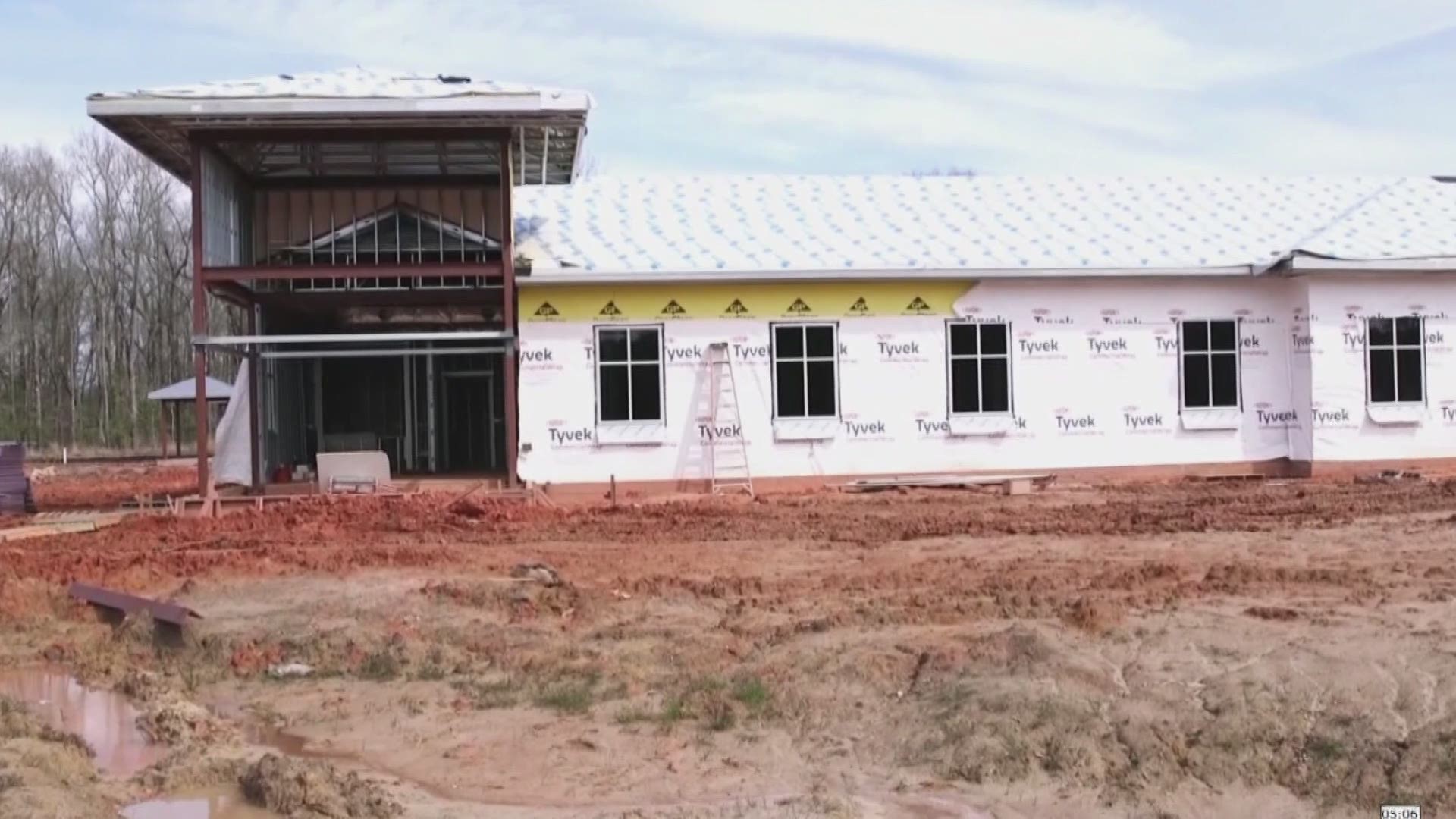 TANGIPAHOA PARISH, La. — It seems like every day we hear of young people involved in violent crimes. And for more than 100 years, a non-profit group has worked with youths to break the cycle of violence in their lives.

They are about to open a new facility to help young people across Southeast Louisiana at a time when the needs are growing rapidly.

A construction site in Tangipahoa Parish is different than most brick and mortar buildings. It's one that a community of people hope will change lives for the most traumatized children and teens in Louisiana.

Louisiana United Methodist Children and Family Services hopes to open a children's home in Loranger in September. It will be their third in the state, dedicated to helping youths in need of the highest, intensive therapy from being abused and neglected.

“There's so many factors that bounce kids like Ping-Pong balls on a on a glass table, that we've got to find a better system for Louisiana than what we've got,” said Rick Wheat, the CEO and President of Louisiana United Methodist Children and Family Services.

“We literally could fill two Superdomes with the children that are in need of the level of care that we are talking about,” said Dr. Monica Stevens, an Assistant Professor of Psychiatry at Tulane.

Dr. Stevens says the children and teens range from the clinically mentally ill, to those neglected with the growing drug addiction problem, then add in poverty, the pandemic and the increase in violent crime.

“We have decade, at least a decade-long problem with not having adequate services across the continuum again. This is the problem that we've made and we've got to clean up the mess now,” Dr. Stevens said.

The 125-acre campus is hoping to be part of the solution. It will have to built in phases as donations from supporters become available. It will also have support for foster care and families. The immediate goal is to house and treat three dozen boys. The original permanent home on Washington Avenue was lost during Hurricane Katrina.

“I’ve always said that doing this is God's work. We're called to do this. If you look at the faces of the children that we serve, they're the reason why we do what we do,” Giacona said.

And she adds that all of the children, who are so badly broken, deserve a second chance.