WWL-TV was told the teacher was in class Monday. 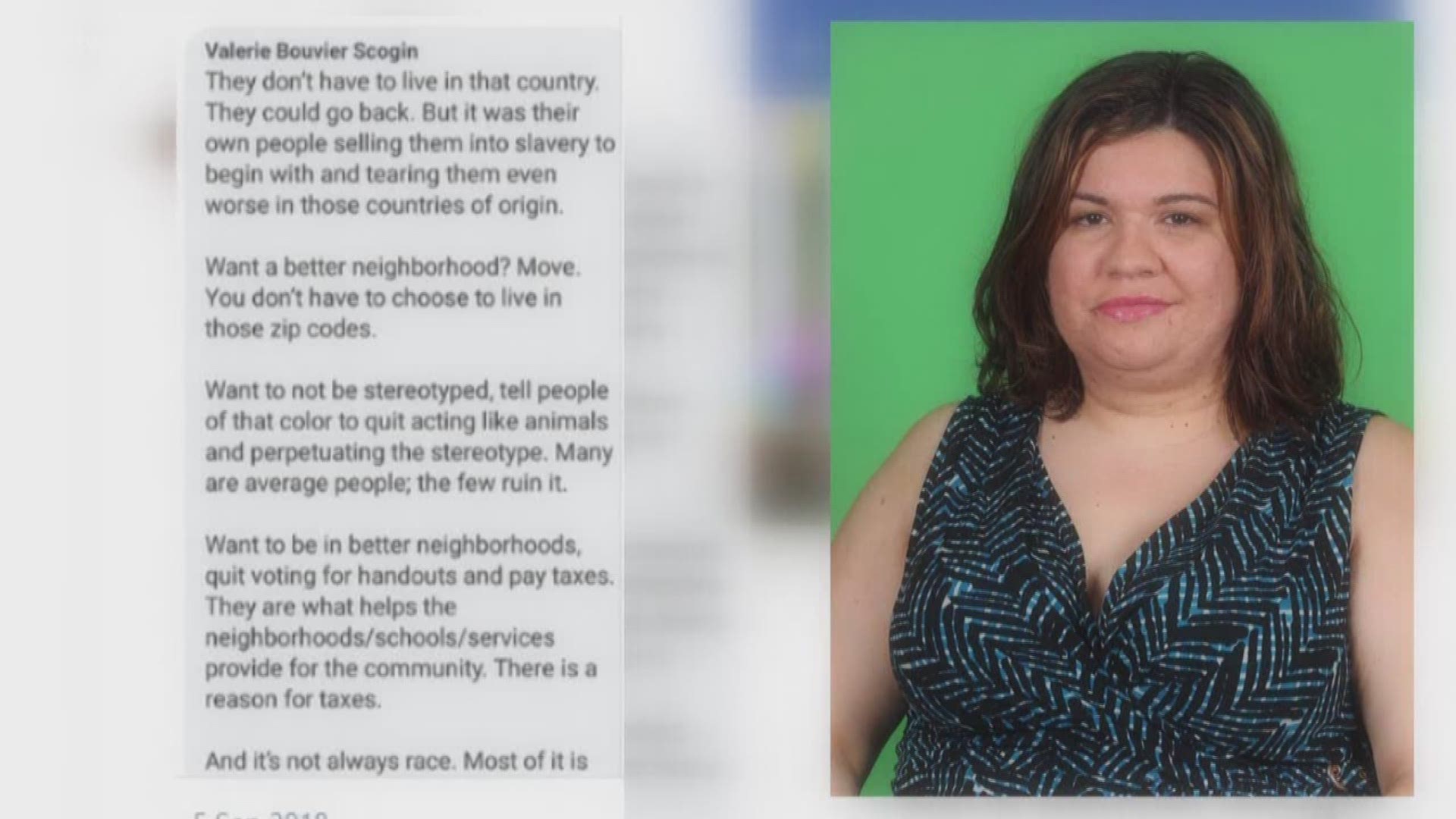 Parents are demanding answers after a Slidell High School teacher made comments online they call racist.

Valerie Scogin, a teacher at Slidell High School posted on Facebook saying "they don't have to live in that country. they could go back," the post goes on to say "Want to not be stereotyped, tell people of that color to quit acting like animals."

It's unclear who Scogin is referring to and what prompted the post but for some parents, it doesn't matter.

"That is something that I do not want around my children," parent Susan Gould said.

"It makes me furious to know that an adult like that is able to influence our children for eight hours a day without our say so. That just makes me really upset," Menard said.

"If i didn't know her, I would take it as an insult, or questioning but I know her so I would say she worded it wrong and people taking it the wrong way," Kristan Wilson said.

The director of public information for St. Tammany Parish Public Schools said, "We are aware of the post. The teacher did remove the post. We are taking the appropriate disciplinary actions."

"If this is posted and this is something that was actually said, it needs to be addressed," she said.

An official with the school district said they are taking the appropriate disciplinary actions but they would not expand on what that means. Meanwhile WWL-TV was told the teacher was in class Monday.