Memorial for Capt. Vincent Liberto in the works

"It's going to be permanent and will be there forever which makes it more beautiful." 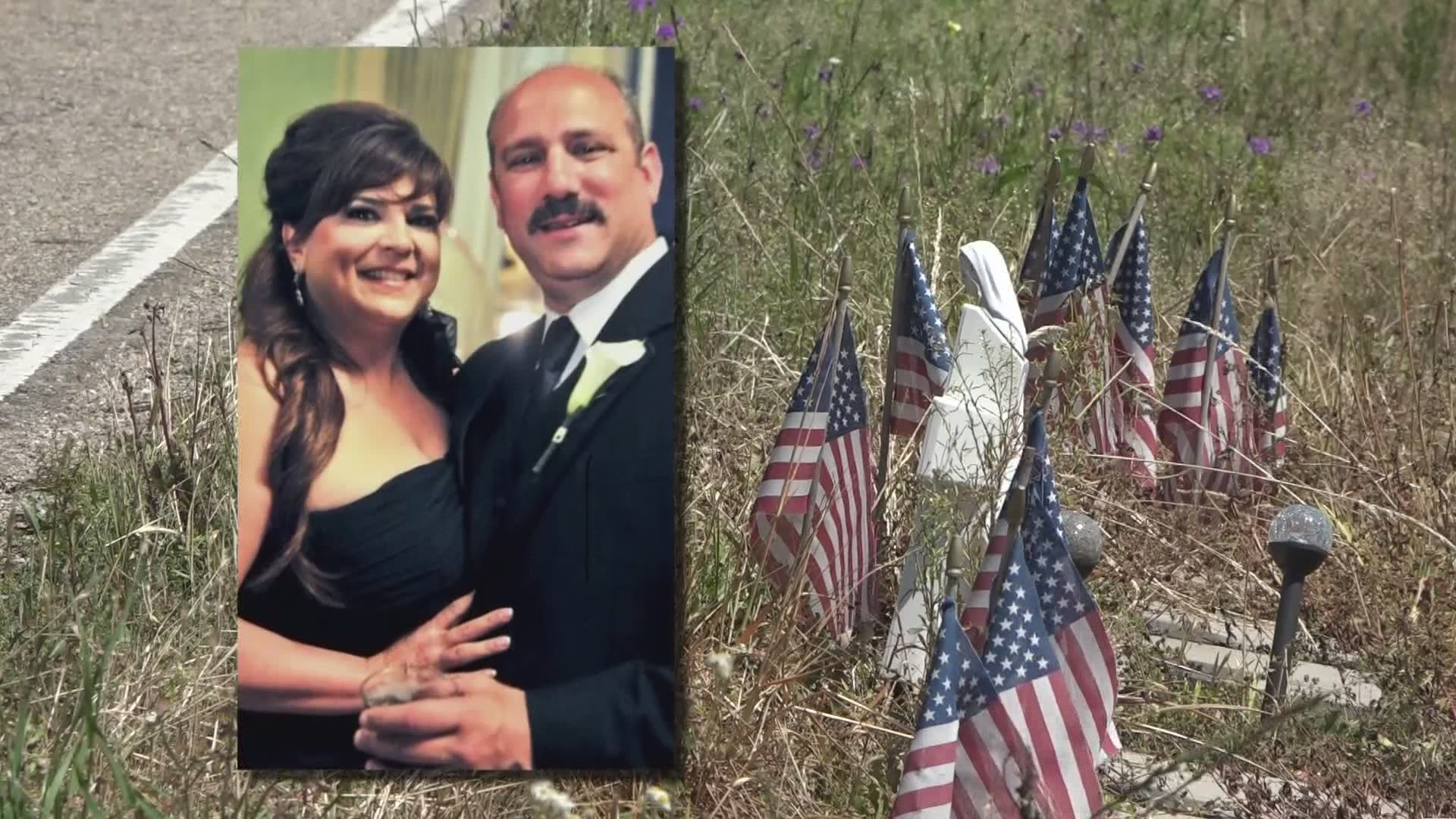 MANDEVILLE, La. — On the Northshore, there are plans to honor a fallen Mandeville police officer.

Captain Vincent Liberto served with the department there for almost 26 years. He was tragically killed while on the job in 2019.

For almost two years, flags have been displayed along Highway 190, honoring a hero whose life was taken too soon.

"My men and women drive by it every day, he's not forgotten, he'll never be forgotten," said Mandeville Police Chief, Gerald Sticker.

"You have many great days as mayor in a community, this was the worst day that ever happened for me as mayor, when he was killed," said former Mayor Donald Villere.

Captain Vincent Liberto was shot and killed during a high-speed chase Sept. 20, 2019. His wife, Tracey, has since gone by that spot almost daily.

A makeshift memorial has been there since that tragic day. However, a plan is in the works to make something more permanent.

"I think it'll be a wonderful piece for our community to have," Villere said. "Because it's going to memorialize the service that he provided but that continues to be provided by the Mandeville Police Department."

It includes naming a nearby overpass in honor of Liberto. According to those involved, there's also the possibility of adding a flag pole which would display an American flag and a Marine Corps flag which Liberto proudly served for about 10 years.

"It won't replace Vincent obviously, but it's just another way to support the family," Sticker said. "I'm appreciative to the mayor and city administration as well as the DOTD for coming alongside of us and wanting to do it properly and wanting to do it legally and in a fitting way to honor him and that's what it's about at the end of the day is honoring Liberto properly."

"It's just humbling that's all I can say."

Tracey says the family is thrilled with the plan.

"I just told my daughter the other day," she said. "What's going to be great about this, is every time our grandkids pass they'll see their Papa's name, so he'll be a part of their life even in death."

And as details are finalized, she wants the Mandeville community to know their support has given her family and her strength during difficult days.

The makeshift memorial will be taken down and when it does, Tracey says she will be there taking whatever she's allowed to home. She says whatever that is, will always be treasured.

The plan is still in the works, so as of now, there is no expected completion date.