Video shows the aftermath of the rescue of crews pull the car from the Bogalusa Creek. 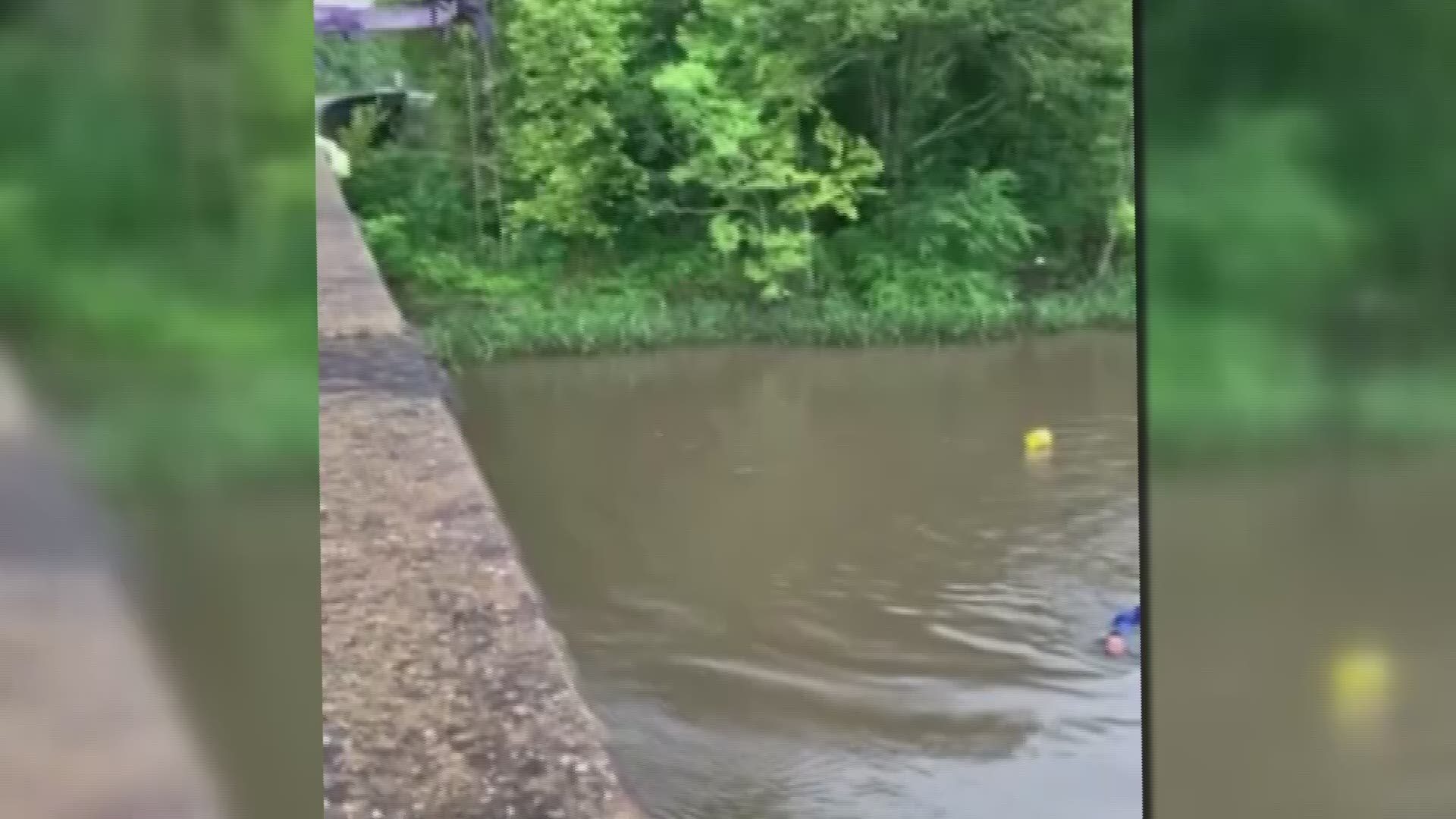 BOGALUSA, La. — Bogalusa Police and firefighters rescued a woman from the Bogalusa Creek Monday afternoon after she drove into the water.

Police received a call around 3:30 p.m. about a car in the Bogalusa Creek on La 21 near Mill Town BBQ.

Police officers and firefighters rescued a woman from the submerged car, according to BPD. She was taken to the hospital for treatment and is listed in good condition.

The cause of the crash is under investigation.

Video shows the aftermath of the rescue of crews pull the car from the Bogalusa Creek.