Apartment residents shaken as rapper dies in hail of bullets

Police say that not only did 19-year-old Michael Brock lose his life, but two other 19-year-olds may be headed to prison for a very long time. 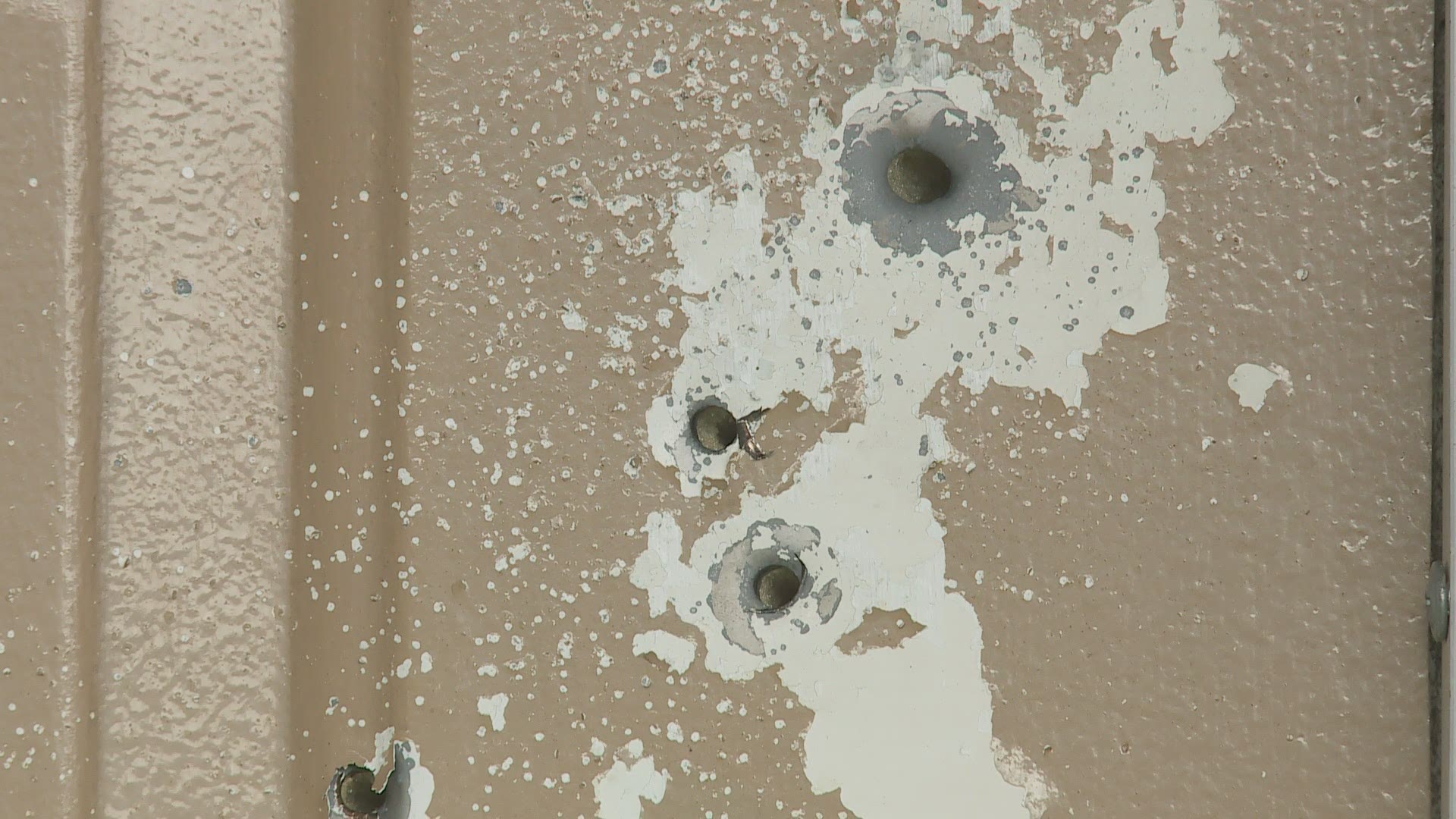 A rivalry between two rap groups leads to the murder of a man who was hiding out in Bogalusa. After days on the run, two men accused of the crime are now arrested and police are thankful this shooting didn’t leave more people dead.

Balloons, candles and bullet holes in the door of apartment six at the Union Pointe housing complex in Bogalusa, are reminders of what happened early Monday morning.

Miller says 19-year-old Michael Brock, a member of the "Three-13" rap group, from neighboring Tangipahoa Parish, opened the door after hearing a knock. Miller says Brock came to Bogalusa because he was getting death threats from a rival rap group.

“He thought maybe he could come to Bogalusa and lay low a little bit and apparently, they followed him here,” Miller said.

They are 19-year-olds Quardavion White and Tauj Taplin. Miller says White drove the car and Taplin is the one who was outside the door with an AR-15 Assault Rifle.

“There were a lot of bullets fired and it’s scary,” Miller said.

A neighbor who didn’t want to go on camera says he’s still shocked about that happened. During this shooting Miller says other people were also inside the apartment, including a 7-year-old and it’s a miracle no one else was killed.

Miller says that 7-year-old witnessed the shooting. Other folks Eyewitness News spoke with at the 92-unit complex say their sense of community is broken and were too afraid to go on camera.

“When violence like this strikes, not only does it affect those that are involved in the violence, but it affects everyone around them,” said Miller.

Both White and Taplin are associated with a rap group faction known as “The Fours," according to police. White is also suspected of having ties to the Chicago Gang, the “Gangster Disciples."

Warrants were issued for their arrest, and a manhunt began across parts of Louisiana and Texas.

Thursday, White and Taplin were pulled over during a traffic stop outside of Houston, Texas. That’s when authorities say a struggle ended with White’s arrest and Taplin escaping. After a high-speed chase into Louisiana, Taplin was arrested near Lake Charles.

Miller says none of it should have ever happened.

Both White and Taplin are set to be brought back to Bogalusa to face second-degree murder charges.

They also face charges related to the struggle with the officer and pursuit in Texas. The Bogalusa police department credits teamwork between local, state and federal agencies in tracking those men down.