River levels rising earlier than expected on the Northshore

“It’s early this year. I think we’re all used to it. You get 6 to 8 inches of rain and you’re going to have problems somewhere.” 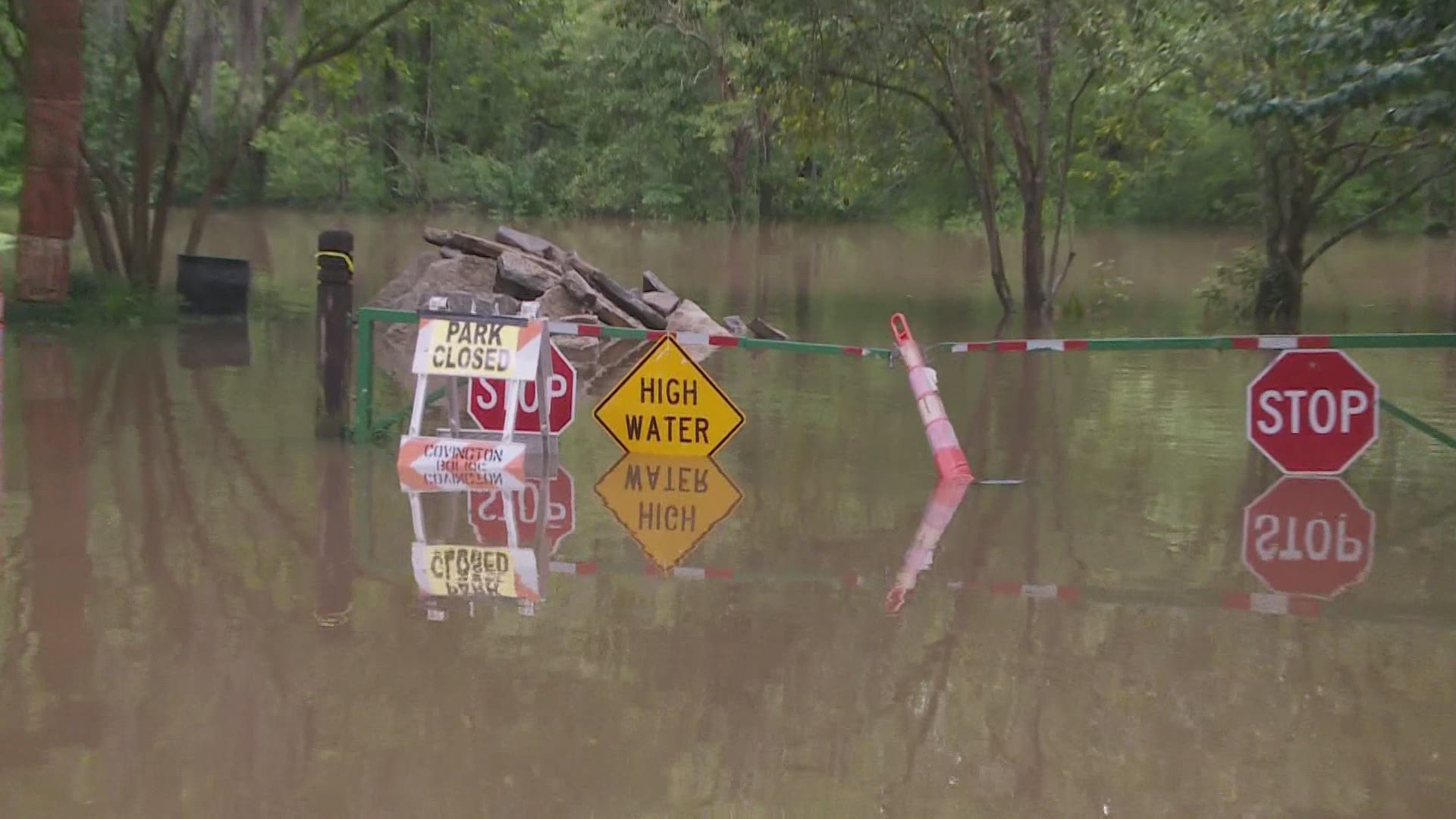 The dock at Three Rivers Landing on the Tchefuncte River is underwater.

Bogue Falaya Park in downtown Covington was closed on Thursday due to flooding.

A school next to the river had some water in the yard.

Patrick Clanton owns a cigar shop about a block from the Bogue Falaya. He said the river tends to flood this time of year.

“Usually more in May,” Clanton said. “It’s early this year. I think we’re all used to it. You get 6-to-8 inches of rain and you’re going to have problems somewhere.”

“Right now, it doesn’t look like we have any major impacts, but we’re keeping an eye on all of them right now,” Powe said.

Powe is hopeful we’ll continue to see breaks in the rain.

That gives the water levels in area rivers a chance to go down.

“We’ve got another round that is supposed to be coming through, probably tomorrow,” Powe said. “We’ll continue to watch those. We’ve had a lot of street flooding because the ground is so saturated with have a little bit of winds it could blow a couple of trees down.”

Thursday afternoon, the sun popped out from behind the clouds on the Northshore. It was a welcome sign after all the heavy rain this week.

But people in Covington know it’s best to stay prepared when the local rivers overflow their banks.

“I think we’re used to it,” Clanton said. “People seem to be prepared. If they’re in a low-lying area they know what to do and they know when to get out. Hope everybody stays safe.”

Most of the rivers in St. Tammany are expected to crest and start receding over the next few days.

The Pearl River is expected to crest at 18-and-a-half feet next Wednesday.

RELATED: At least two crew members may still be inside capsized ship off Louisiana's coast, according to Coast Guard