The driver wanted by authorities for the hit & run got away. St. Tammany Parish Sheriff's Office deputies including K-9s couldn't locate the driver after the crash. 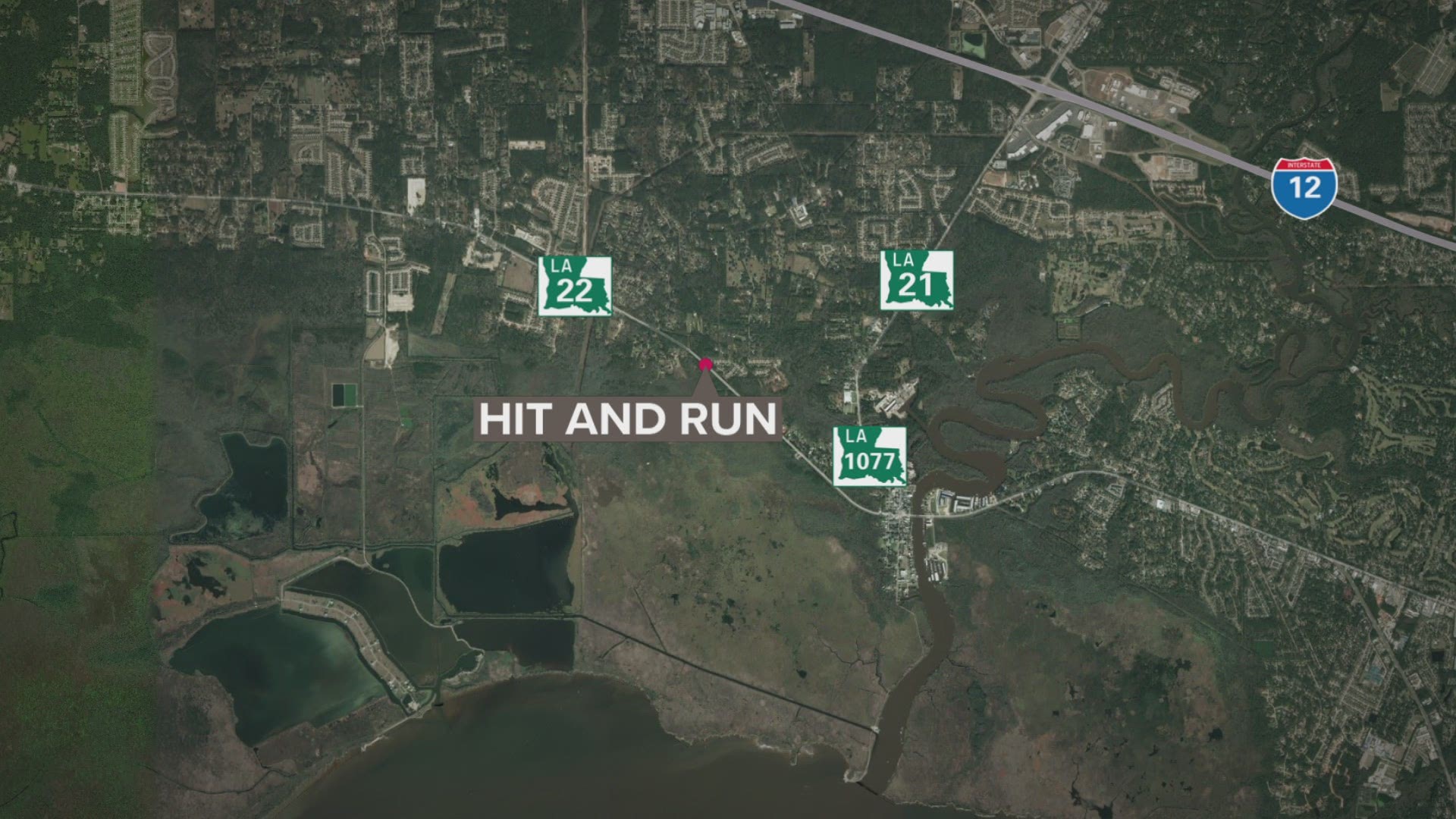 MADISONVILLE, La. — A hit & run crash killed a driver and wounded four passengers on the Northshore Saturday night. Sheriff's deputies are looking for the other driver, who fled on foot.

The crash happened in Madisonville shortly before 10 p.m. Saturday, but the Madisonville Police Department asked the sheriff's office to investigate the crash that happened Near Garden Lane and Highway 22.

Deputies were still investigating the crash on Sunday, but here's what they're willing to share so far.

Evidence at the scene of the crash shows that a Ford F250 crossed the Centerline and hit a Chevy Tahoe head-on.

STPSO investigators are still looking for the escaped driver, and they're asking anyone with information about the crash or the driver's identity to call (985) 898-2338.