HAMMOND, La. — An 18-wheeler snagged utility lines in a Hammond neighborhood Monday, pulling poles and wires from the ground as it drove down a back road.

According to the Tangipahoa Parish Sheriff's Office, the driver was apparently lost when he drove into the Green Acres subdivision and kept driving even though they were caught on several wires.

"It looked like a Hurricane come through here, with all the poles and wires stretched across the road," said resident Keith Bergeron.

Homeowners said the truck was going north on Coburn Road around noon Monday when it turned left onto Vineyard Road, taking power lines with it. 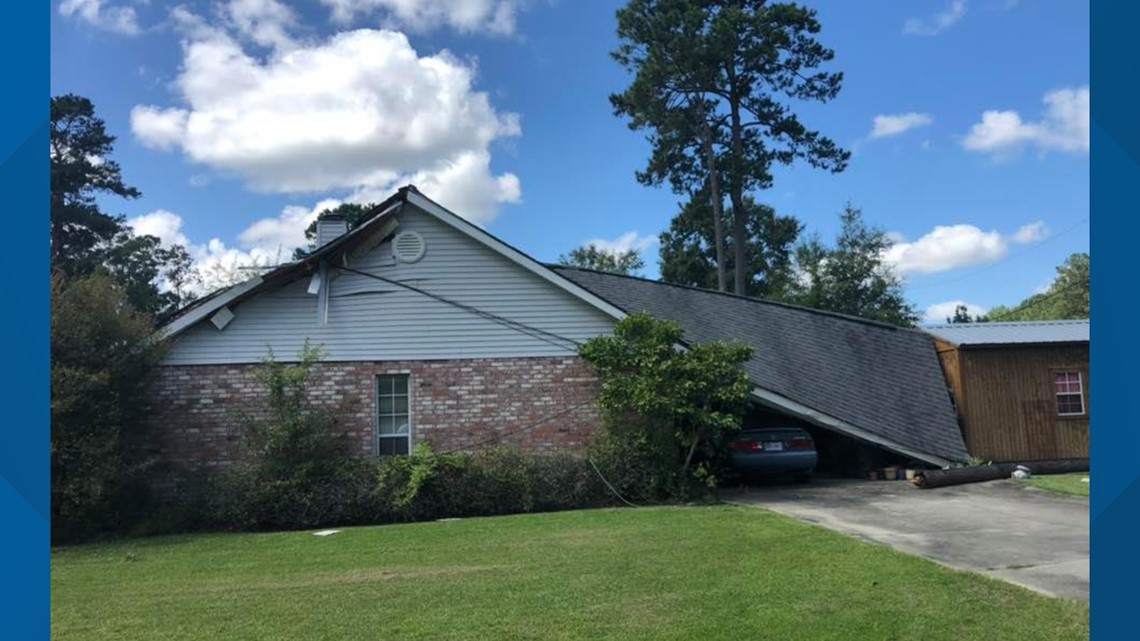 Resident Nancy Brewer Hollis' carport was pulled down on top of he rcar and her bedroom was damaged as the driver took off and fled the scene.

"I ran out of the front of the house and there were telephone polls everywhere and wires all over the ground and my whole carport fell on top of my car," Hollis said.

According to a Facebook post, as many as eight poles and meters were pulled from homes in the area.

Entergy reported on its website outages started just before noon and repairs may not be made for several days. Crews were out Monday working to get the lights back on for dozens in the neighborhood.

Police are working to find video and identify the driver, who was behind the wheel of a white day-cab semi.

No injuries have been reported, only property damage. The area is also without power.