“I didn’t see it coming, and I’m sad that this has happened again,” Caruso said. “It’s sad.” 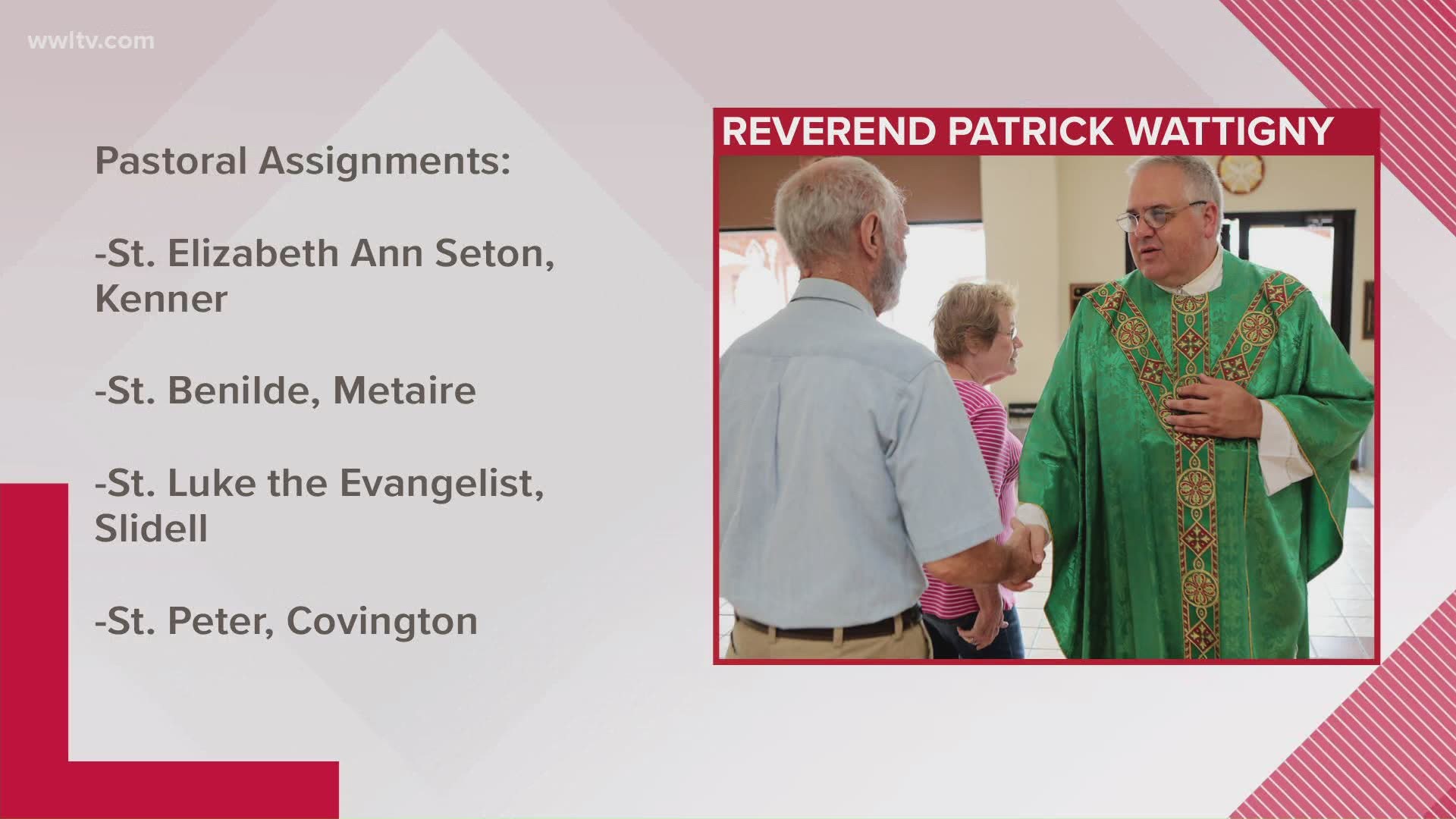 The archdiocese said Wattigny disclosed to them on Thursday his sexual abuse of a minor in 2013. The archdiocese said law enforcement has been notified of his case, though it did not give specifics. He has been added to the archdiocese's list of clergy credibly accused of abuse and was removed from ministry, effective immediately.

Gene Bellisario, who has served as head of the ushers ministry for 30 years, said that rumors had been circulating this summer when Wattigny went on retreat for two weeks and it was extended for another two.

Bellisario said he told people then that the priest might have been having personal or even health issues. He returned from the retreat seeming rejuvenated, and the talk died down.

At first, Bellisario said he was just stunned. “Now, I’m angry that something like that happened with a man I like and I respected… this is the last thing our church parish needed or the Catholic Church.”

Bruce Weaver, who is the head of St. Luke’s Multicultural Committee, said he was in shock. “I just feel bad for him that he had to carry this around for the last seven years. It had to have worn on him, knowing the man.”

He said Wattigny was well-liked and respected and a good resource for anything concerning Catholicism, including Catholic history and that he taught classes on that as well as on the Gospels.

“He was a friend of everybody,” Weaver said. Sam Caruso Jr., who is president of Pope John Paul II High School’s advisory board, said that group was not aware of anything concerning the accusations. Wattigny was removed as the school’s chaplain a few months ago, Caruso said, but that coincided with a new school year and wasn’t the subject of any questions of concerns.
“I didn’t see it coming, and I’m sad that this has happened again,” Caruso said. “It’s sad.”