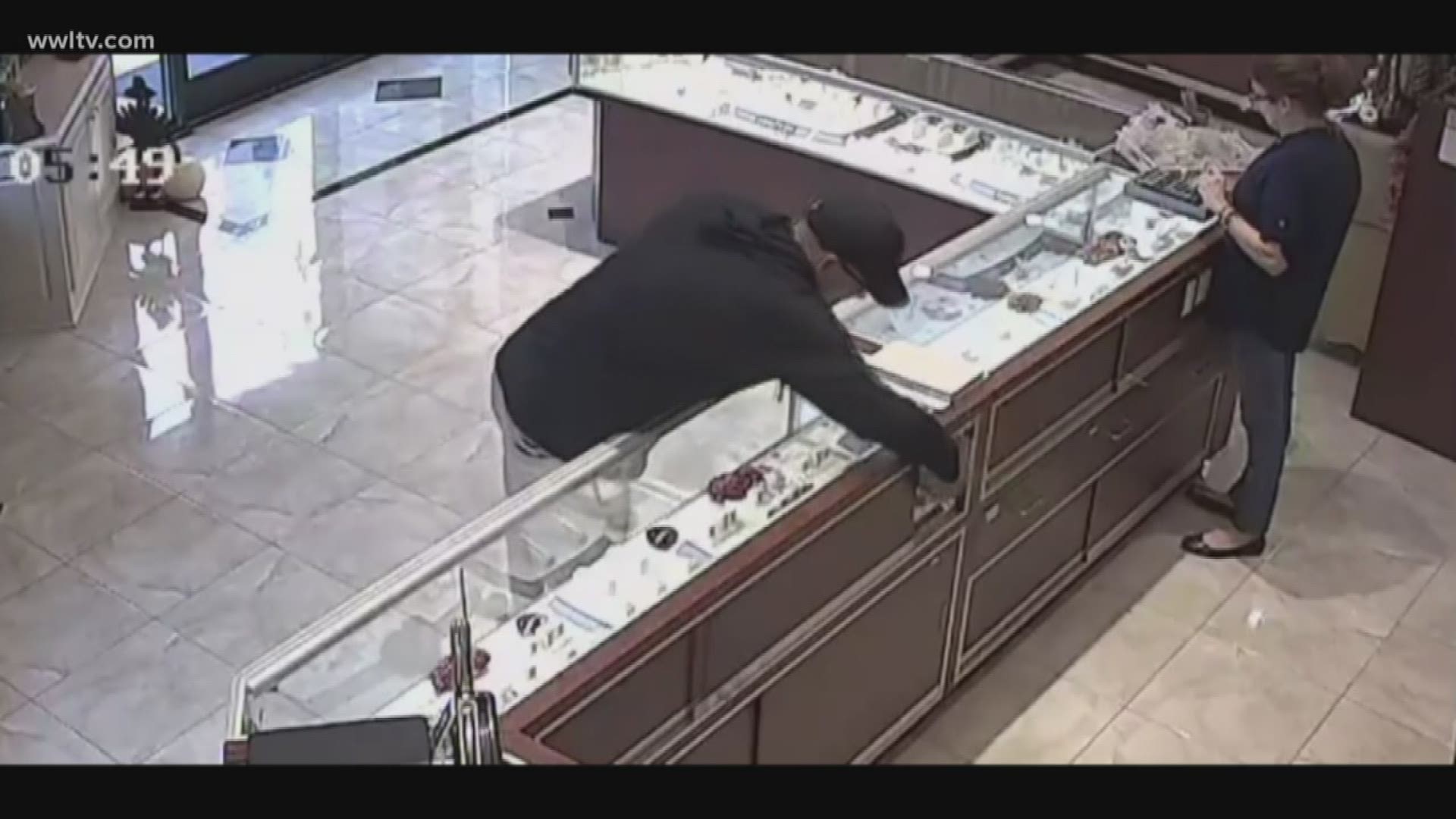 SLIDELL, La. — A brazen jewelry thief caught on surveillance video robbing a jewelry story in Slidell turned himself in to police this weekend.

Christian Scott, 33, turned himself into police Sunday night in connection with the theft at JG Jewelers on Nov. 7.

Video allegedly shows Scott, a Mississippi resident, wearing sunglasses and a black baseball cap walk into RG Jewelers on Gause Boulevard. He talks to the clerk before opening a jewelry case and grabbing several pieces of jewelry.

Police say several tips were called in after the surveillance video was released, leading to Scott's arrest.