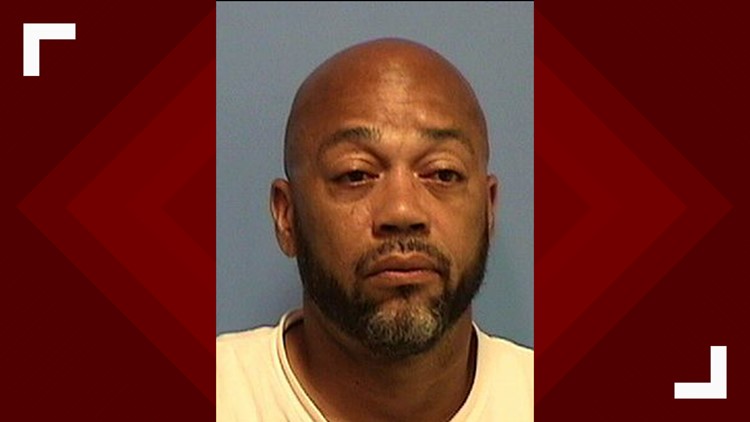 SLIDELL, La. — Georgia investigators arrested a Slidell man Tuesday in connection with the death of his girlfriend in 2016, capping a cold case involving a missing person, human remains found in the woods and three children left without a mother.

The case began on Aug. 23, 2016, when Shada Esther didn't pick up her three children from their school bus stop. Family members reported her missing.

During the investigation, detectives learned that her live-in boyfriend, Michael Heads, was the last person to see her before he left Moultrie, Ga. for Atlanta. According to the Georgia Bureau of Investigation, Heads skipped town within an hour of when Estcher was last seen.

State investigators tracked Heads down and interviewed him, also checking his car for evidence. But Heads was not taken into custody at the time, according to the GBI. It is unclear if they considered him a suspect at the time.

ALSO: A decade after Northshore man killed his estranged wife, his brother did the same

While investigators continued to follow leads over the next few months, Heads left the state, moving to Slidell. The case began growing cold with no breakthroughs.

In February 2017, GBI crime scene technicians were called to a wooded area in Banks County, Georgia, four and a half hours from Moultrie, bureau officials said.

"There was an unidentified body up there at that time," said Eric Schwalls, the assistant special agent in charge at the GBI's Region 9 field office.

Evidence from that scene was collected, but a connection wasn't made between the crime scene and Estcher until an anthropologist brought in to examine the remains noted they were similar to the missing woman.

ALSO: Teen robbed at gunpoint after getting into car in Northshore neighborhood

In April 2019, DNA analysis confirmed the remains belonged to Estcher. GBI agents and officers from the Moultrie Police Department secured arrest warrants and traveled to Louisiana, meeting up with the St. Tammany Sheriff's Office this week.

The sheriff's office "provided crucial assistance" as the investigators located and arrested the now 49-year-old Heads.

In a release on Thursday, GBI officials announced Heads was in custody for the murder, as well as two counts of felony credit card fraud that are related to the murder investigation.

"If he was charged with that it would have to be related," Schwalls said.

On Friday, Heads was extradited to Colquitt County, Georgia, to face criminal charges, according to Deputy Meredith Timberlake with the St. Tammany Sheriff's Office.

ALSO: Northshore man who was shot, poured peroxide on wound, dies in hospital

Investigators are still working to gather information on the case. Anyone with information is encouraged to contact the Moultrie Police Department at (229) 985-3131 or the GBI Thomasville Office at (229) 225-4090.