Nothing's been the same since August 29 2014 when she was told her son's truck was found on the Miss. River Bridge in Baton Rouge. 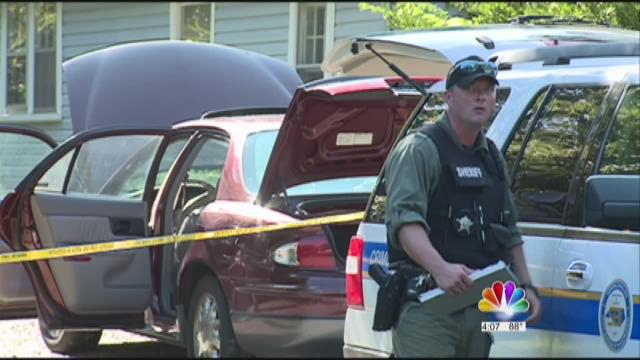 "Everybody knows Christmas is hard enough and this is my second Christmas," she said.

That is the second without her son, 23-year-old Jake Latiolais. Nothing's been the same since August 29 last year when she was told her son's truck had been found on the Mississippi River Bridge in Baton Rouge and that someone saw him jump off of it.

"They said it was running," said LeClercq, "They had two packs of cigarettes he had just bought on the seat. It was full of gas. There was a boat in the back. They had fish in the boat, a trolling motor and his phone was charging."

Baton Rouge Police searched the river for the Salmen graduate for days, without finding anything. But the day after Jake's disappearance, LeClercq found his Baton Rouge-area trailer with broken windows and the boot for his broken foot was still in his room, leaving her to believe something else happened.

She's spent the last 16 months trying to find her son, regardless of theory, getting little help from law enforcement or anyone else, she says.

"I beg and I beg and I beg. I have to beg for phone calls to come back. Yesterday, I was hung up on. I need help," said LeClercq.

This Christmas, LeClercq's only wish is to know where her son is.

"Whether he's alive or whether he's deceased, I need my son," she said.

Baton Rouge Police say without new information suggesting otherwise, the case remains assumed a suicide. There is a $2,500 reward for any tips on Latiolais' whereabouts. Those can be called in, anonymously, to Crimestoppers of Baton Rouge, at 225-344-7867.