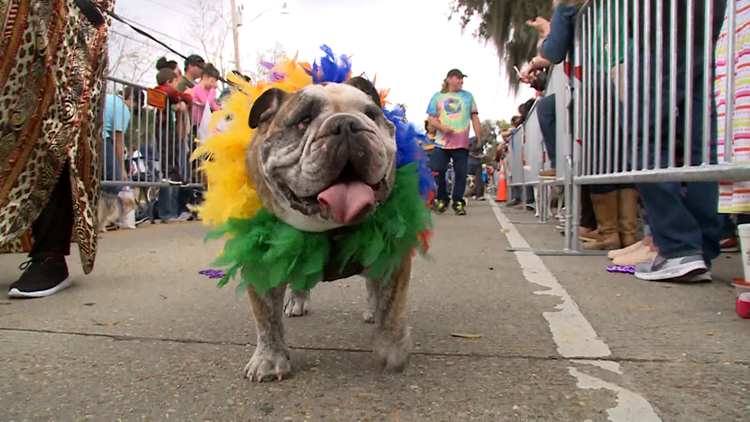 SLIDELL, La. — If you plan on attending a Carnival parade in Slidell, leave the pets at home.

The Slidell Police Department is reminding residents Friday of a city ordinance that prohibits animals within 150 feet of parade routes.

"No matter how small and sweet Fido may be, they can sometimes react adversely to large crowds and loud noises," the police department posted on its Facebook Page. "Animals can also scare the horses in the parade."

The ordinance does not apply to animals on fenced private property.

"If you bring an animal to the parade, you will be issued a citation and asked to leave the parade," the police department said.

Three Mardi Gras parades are scheduled to roll this weekend in Slidell. The Krewe of Poseidon will begin at 6 p.m. Saturday. The Krewe of Slidellians rolls at 1 p.m. Sunday and The Mystick Krewe of Perseus immediately follows.