About once a week, Anita Singleton doesn't think twice about having to walk more than six miles to work. Recently, police officer Bradley Peck saw her walking and offered her a ride, beginning a friendship. 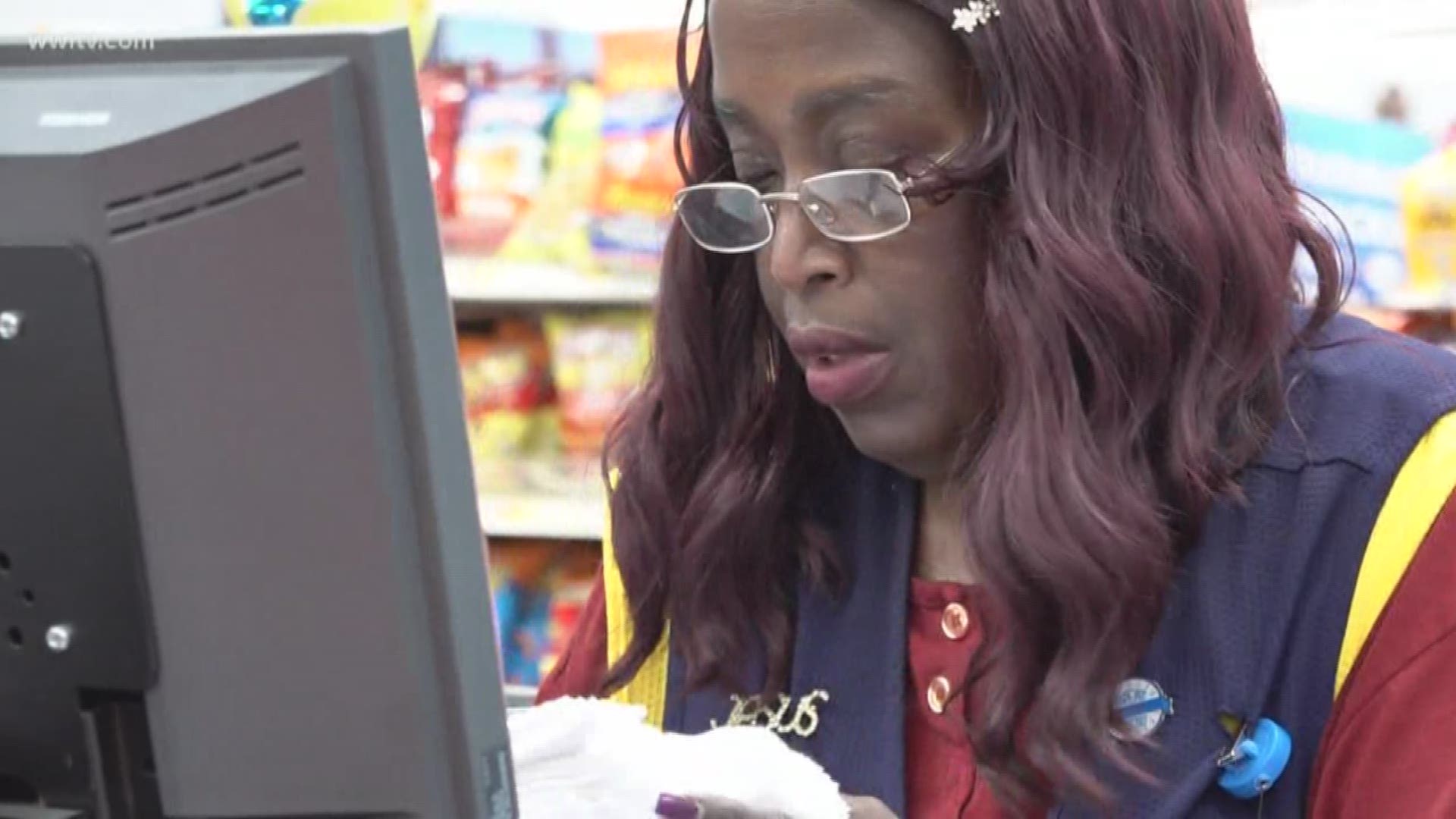 SLIDELL, La. — UPDATE: After Anita Singleton's story went viral, Matt Bowers, a Chevrolet car dealership owner tweeted “If someone can track this lady down I will give her something to drive."

RELATED: Slidell Walmart cashier who walked 6 miles to work will get a car

For most people, getting to work is part of the routine. You start your car or take the bus, but what if you had to walk more than six miles to work? One Slidell woman often faces that and still counts her blessings.

Anita Singleton has worked at the Slidell Walmart on Northshore Blvd for three years. It would be tough to find someone who loves their job as much as she does.

"We share a bit of ourselves with each other and that is a blessing," Singleton said. "You cannot put a price tag on that."

About once a week, Singleton doesn't think twice about having to walk more than six miles to work.

"Just because I don't have a vehicle is no excuse for me not to show up to work," Singleton said.

Slidell Police Officer Bradley Peck was wrapping up his shift early Monday morning when he passed her crossing a narrow bridge. He asked where she was going and she told him the Walmart on Northshore Blvd.

"I said Northshore? That's a long walk ma'am why don't you jump in. I'll give you a ride," Peck said.

"He brought me all the way to the front door and that was an incredible blessing," Singleton said.

The two talked about God, their families, and how they were raised. Peck posted about it on Facebook.

"We talked the entire way about everything from faith to work ethic to how she was raised, how I was raised," Peck said.

It was a quick ride for Peck that saved Singleton a long walk and left both with a new friendship and appreciate for one another.

"A lot of respect for her," Peck said.

According to a Walmart manager, since many of Singleton's coworkers learned she does not have a car, they have stepped up to offer her rides when she needs them.