Sheriff Randy Smith said that he would comply with the order 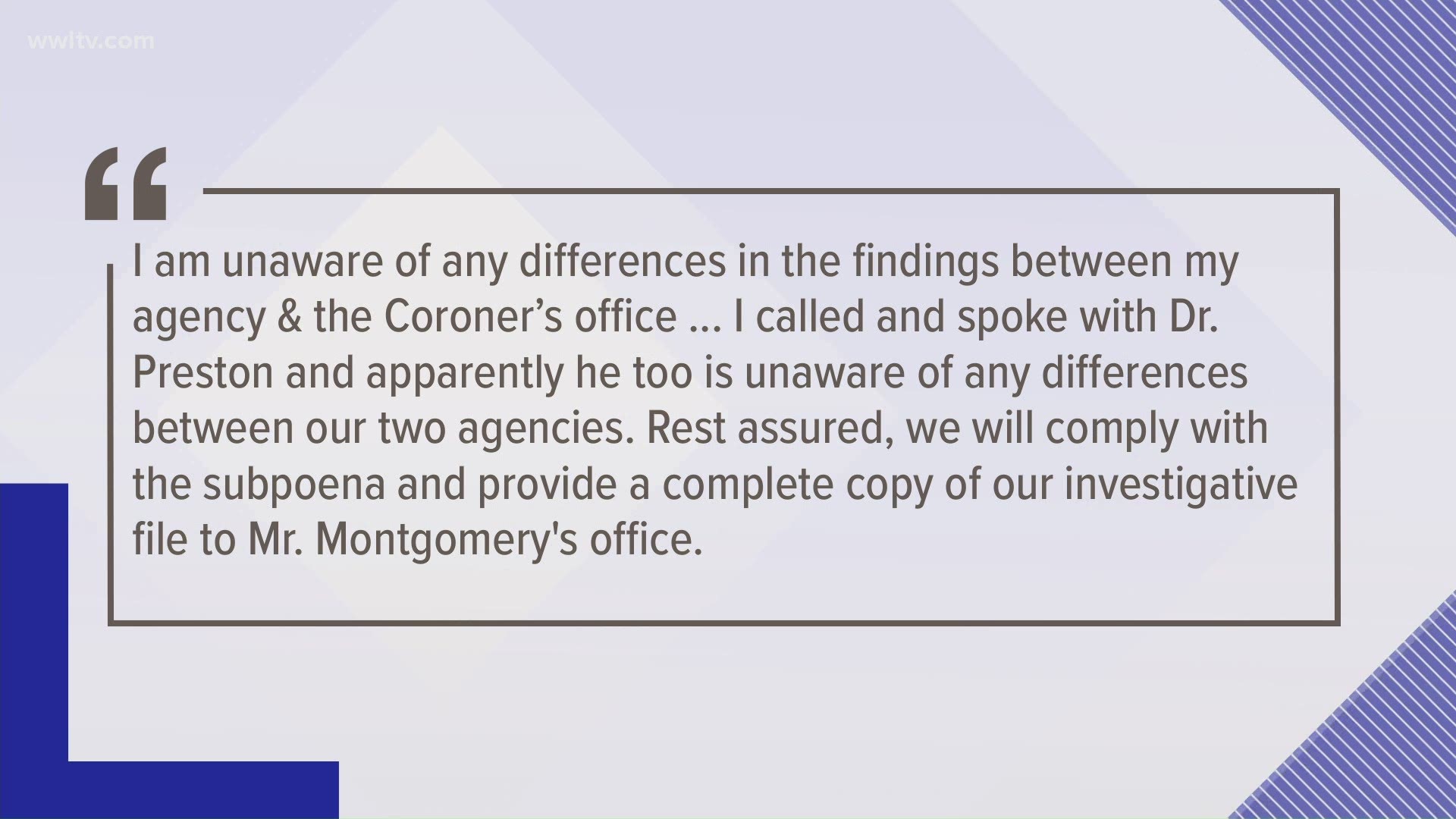 According to the DA’s subpoena, the records are essential to a criminal investigation being done because of “material differences in the findings of the Coroner and Sheriff’s Office.”

Sheriff Randy Smith said that he would comply with the order, but denied there are any differences between STPSO’s findings in the case and the Coroner’s office.

Sheriff Smith went on the note that investigators have executed more than 65 search warrants, reviewed more than 45 hours of surveillance video and conducted more than 80 interviews in relation to the case.

Krentel’s body was found with a gunshot wound to the head, burned beyond recognition in the Lacombe home she shared with her husband, Steve, the former Fire Chief for St Tammany District 12 in July of 2017.

In the three years since her death, Krentel’s family has called the Sheriff’s investigation into question several times.

RELATED: Who killed Nanette Krentel? What we know about what happened and when

RELATED: Emails show she feared her house could be set on fire before she was found dead in the ashes