Cpl. Johnathan Panks, a 13-year veteran of the St. Tammany Parish Office, died on Sunday afternoon in Mississippi on the way home from his bachelor vacation. 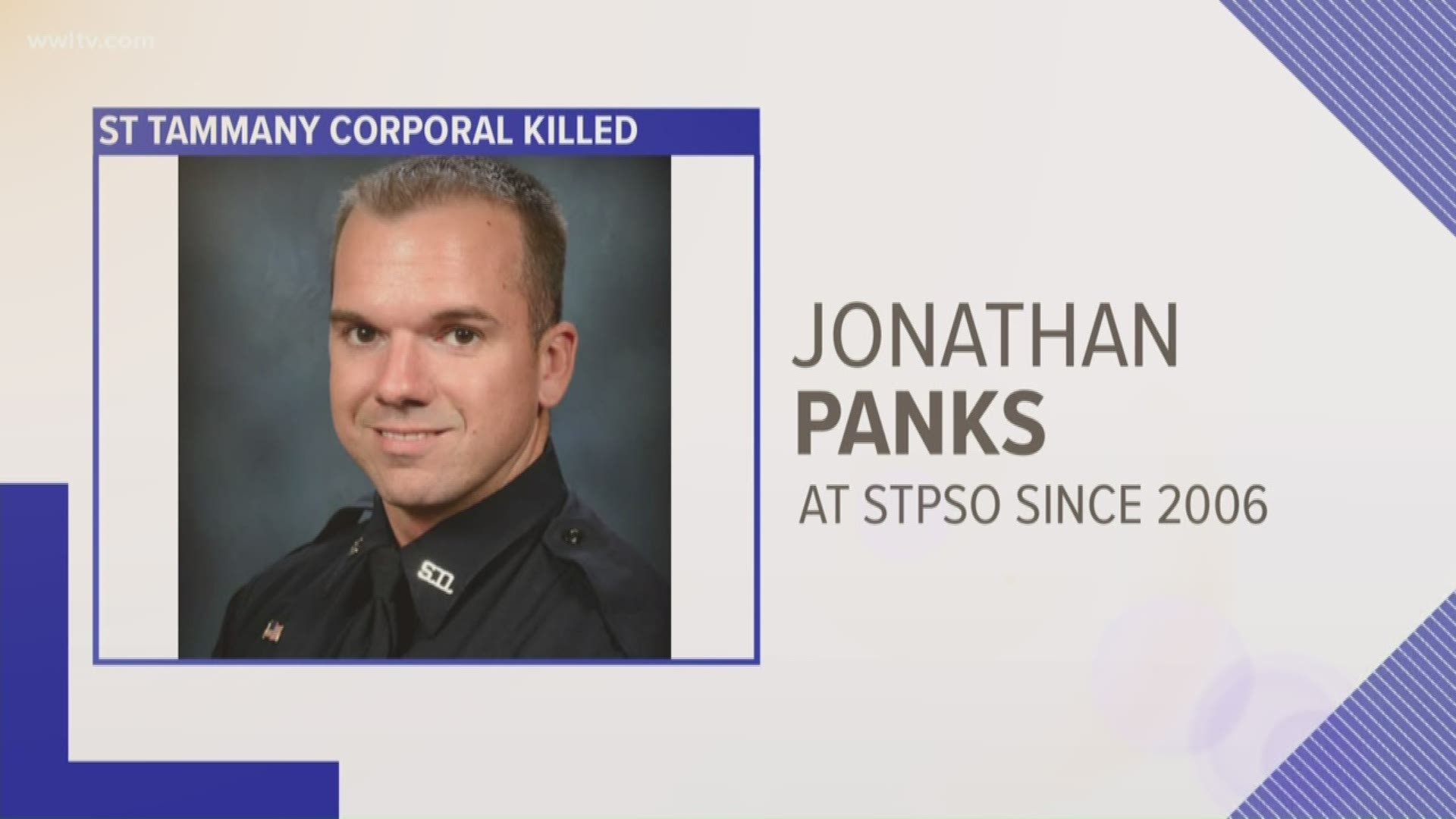 COVINGTON, La. — A corporal in the St. Tammany Parish Sheriff's Office died in a crash in Mississippi this weekend, sheriff's officials said.

"The men and women of the St. Tammany Parish Sheriff’s Office are mourning the loss of one of their own today," an official release said.

Panks was a 13-year veteran with the sheriff's office who had worked across the corrections, street crimes and criminal patrol divisions since 2006. He had last been assigned to the office's Marine Division, officials said.

According to WLOX in Mississippi, Panks was one of two drivers killed in a head-on collision in Harrison County Sunday afternoon.

WLOX reported that around 1:30 p.m., as Panks and three passengers traveled westbound on the interstate, a car going east crossed over the median and struck directly into Panks' pickup truck.

Family friends told WLOX that Panks' group was returning from his bachelor trip to Florida.

"Please join us in praying for Cpl. Panks’ family, his fiancée and his coworkers," the office's statement said.

Panks graduated from Northshore High School, according to his Facebook profile.

The office's announcement of Panks passing on Facebook received hundreds of comments from residents expressing their well-wishes and prayers to those affected.