The STPSO did not release additional details about the incident at the jail, only saying that it happened on Dec. 2 and it involved an inmate. 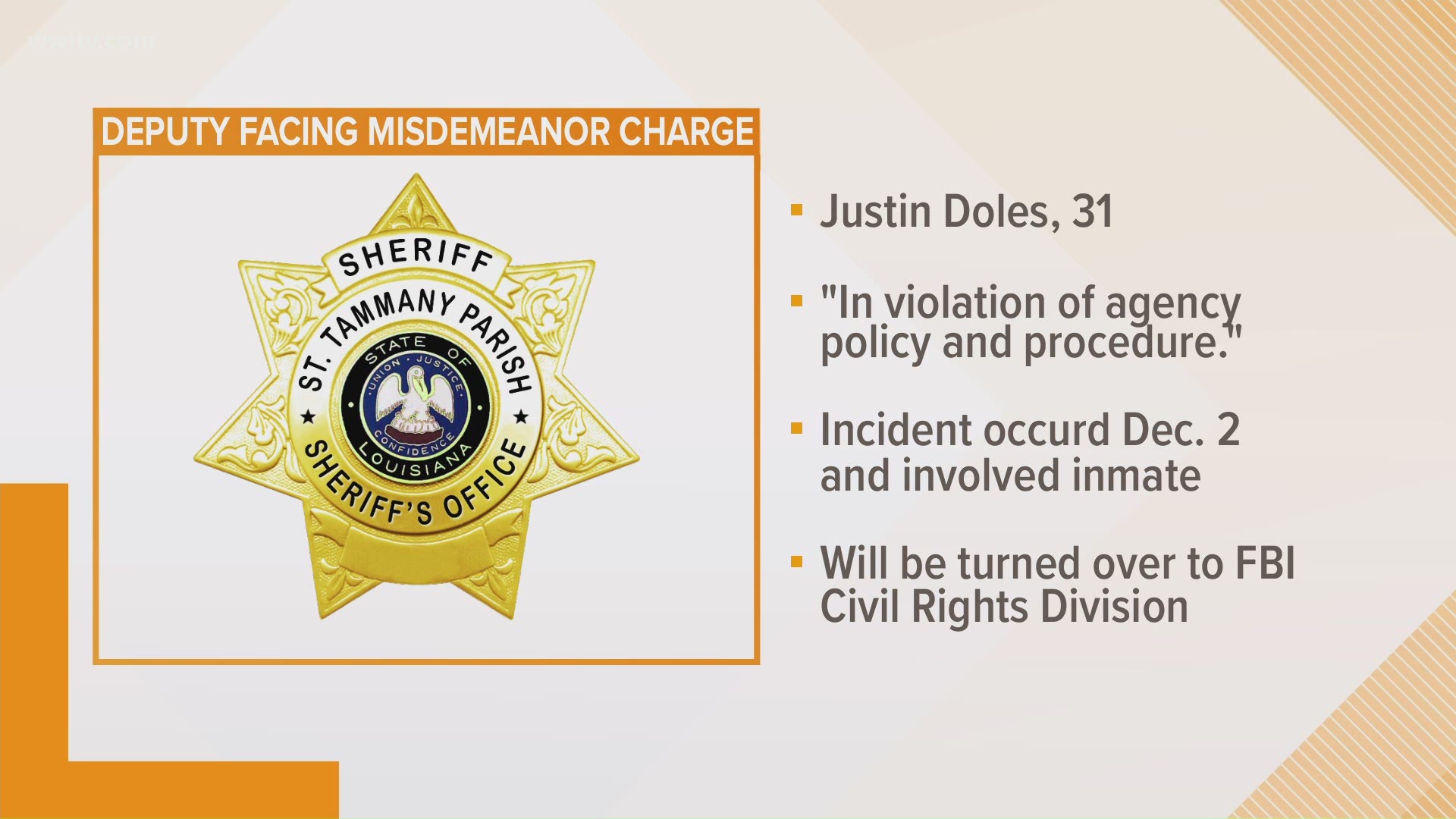 The sheriff’s office said 31-year-old Justin Doles was fired after he was issued a summons on Friday for one count of simple battery. Doles was terminated because he was found “to be in violation of agency policy and procedure.”

The STPSO did not release additional details about what it described as an "incident" at the jail, only saying that it happened on Dec. 2 and it involved an inmate. Following the attack, the inmate was checked by medical personnel who found “no serious injury,” the sheriff’s office said.

The sheriff's office did not release a photo of Doles because he was not booked into jail.

The STPSO said once the investigation into the attack is complete, the case file will be turned over to the FBI’s Civil Rights division.

“I want to ensure the citizens of St. Tammany Parish that I will continue to hold my deputies fully accountable for their actions,” Sheriff Randy Smith said.

Doles had been employed by the sheriff’s office since April 2015.