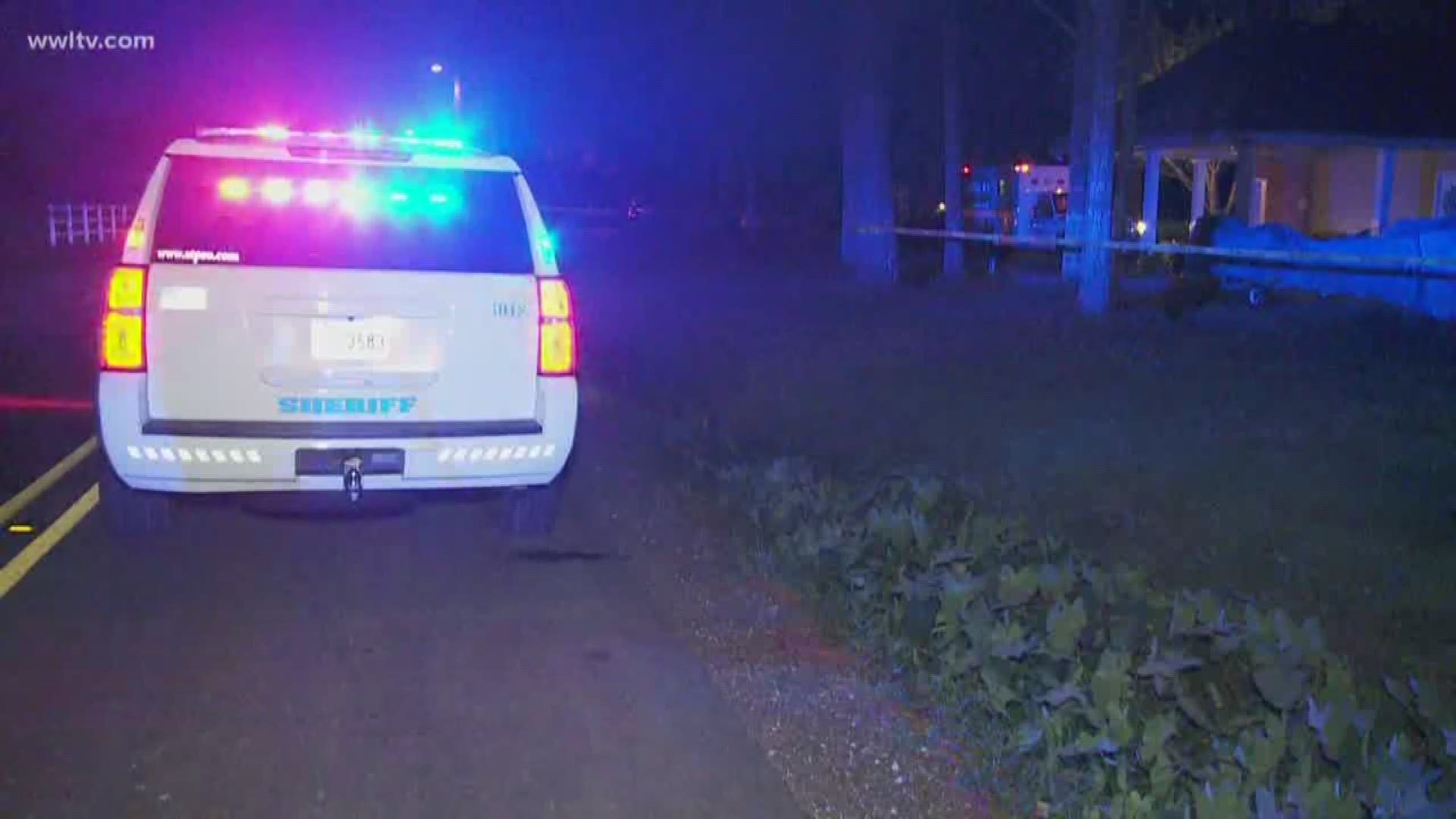 LACOMBE, La. — Authorities say a man was fatally shot after pointing a gun at deputies trying to serve a protective custody order in Lacombe Wednesday night.

Lee said a family had called the St. Tammany Parish Coroner's Office for an order of protective custody for their son who "was in some type of mental crisis." The order would allow law enforcement to take someone into protective custody, by force if necessary, to the nearest emergency room to be checked out.

Lee said the sheriff's office was notified about a man expressing suicidal tendencies who had made threats against family members and police.

Lee said three deputies arrived at the home shortly before 9 p.m. Those deputies were allowed to enter the home by the family where they confronted the man who was armed with a gun. Lee said deputies tried to take the man into custody with a Taser, but it was "ineffective."

"The individual raised a firearm, threatening the deputies, ultimately resulting in them discharging their serve weapons and fatally striking the subject inside the home," Lee said.

The man died at the scene. Lee said no deputies were hurt in the shooting.

“While it is extremely unfortunate that a life was lost, this particular incident is certainly a reminder of the dangers our deputies face on the daily basis. Fortunately, none of our deputies were injured.” Smith said in a statement.

The sheriff's office has not released the man's name or age. The St. Tammany Parish Coroner's Office will release that information at a later time, Lee said.

The investigation into the shooting is ongoing.