St. Tammany school board votes to call for Drucker's resignation after shoplifting arrest

Drucker refused to resign after the vote 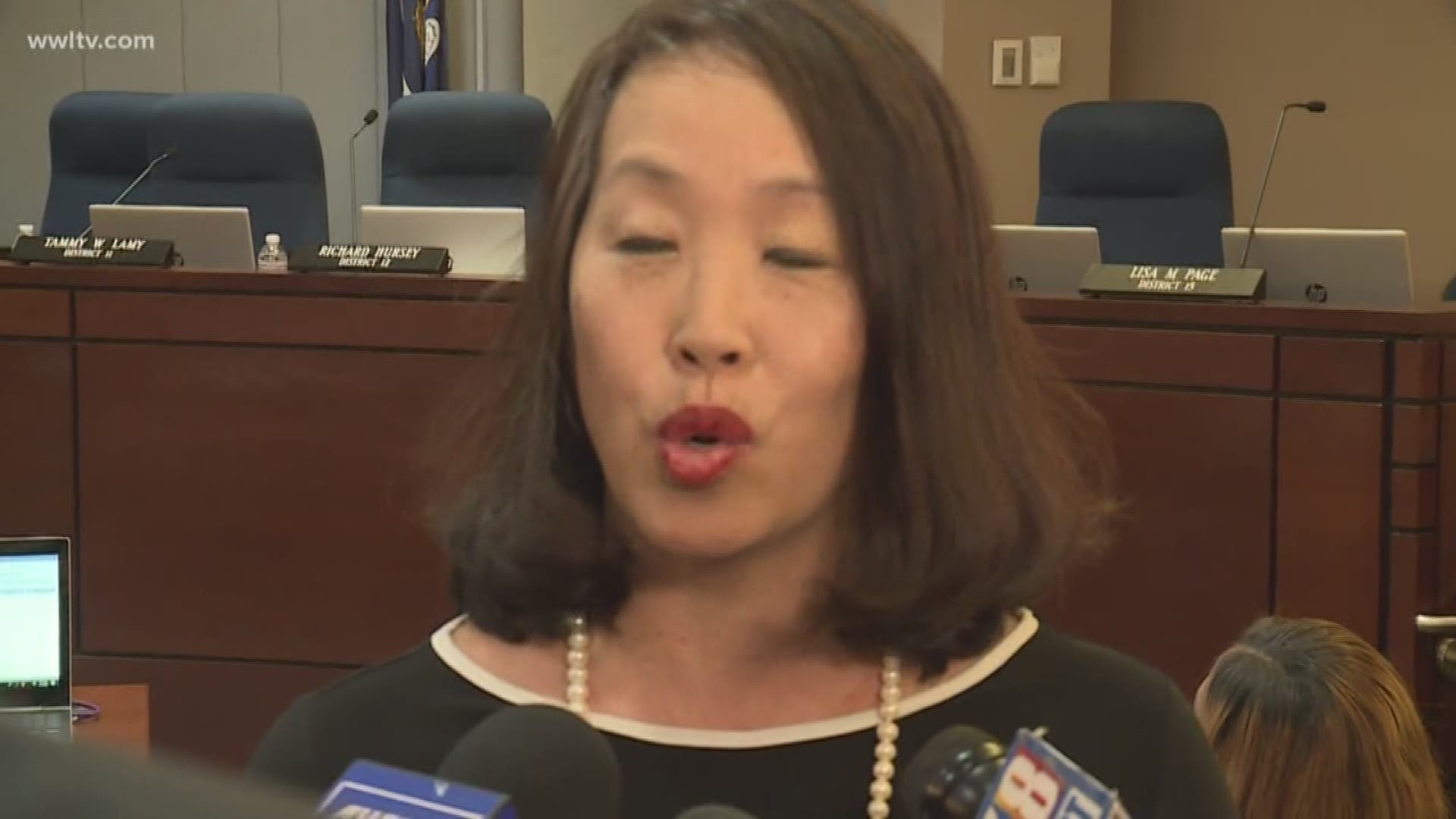 The St. Tammany Parish School Board voted 11-4 to ask Sharon Lo Drucker to resign after her arrest for shoplifting $58.25 worth of goods from a Walmart.

The 53-year-old school board member pleaded not guilty to misdemeanor theft back in October and is now in a year-long diversion program.

Drucker smiled and dodged questions from Eyewitness News on her way to the special school board meeting, centered around her.

"I am not resigning my position as District 9 School Board Representative as I said in my press release, and I'm sticking to it," Drucker said.

Drucker is accused of shoplifting last year at Covington's Walmart.

Drucker allegedly stole a jalapeno, a lime, some aluminum foil, shampoo and some soup mix for a total of about $58. She admitted she's in a diversion program and says she's keeping her seat at this table.

"There has been a small group who've been relentlessly attacking me and have tried to influence people's opinions of me. However, my 30-plus years of hard work in this community and my commitment to volunteerism is what my voters see in me," Drucker said.

In an 11-to-4 vote, the resolution passed, calling on Drucker to step down. Many board members spoke about why they believe she should resign.

"We all make mistakes, but stealing is a willful act, " District 6 Board Member Michael Nation said.

"The point of this resolution is for us to take a stand and say THIS is how we feel! Very strongly! And we want to make sure that all the students understand that and parents," District 11 Board Member Tammy Lamy said.

A few board members defended her.

"Even though a diversion is not an admission of guilt, she'd been punished enough. She'd been embarrassed--and I think that this board, jumping on and pilling on her is wrong!! I think it's a mob mentality and I think we have to resist," Braud said.

Eyewitness News asked Drucker about the resolution after it passed.

She believes it's time to move on.

"There's a lot of other news to cover, such as killings, rapes, and all of the other things. I'm not trying to belittle it, but I'm saying there are other things we need to accomplish. I'm being held accountable by the DA's office," Drucker said.

While the board wants Drucker gone, they can't actually force her to step down, only a recall vote by her district can do that.