Police say they are investigating spray-painting as a possible hate crime. The Northshore Jewish Congregation's synagogue had racist symbols spray-painted on one of the walls outside. 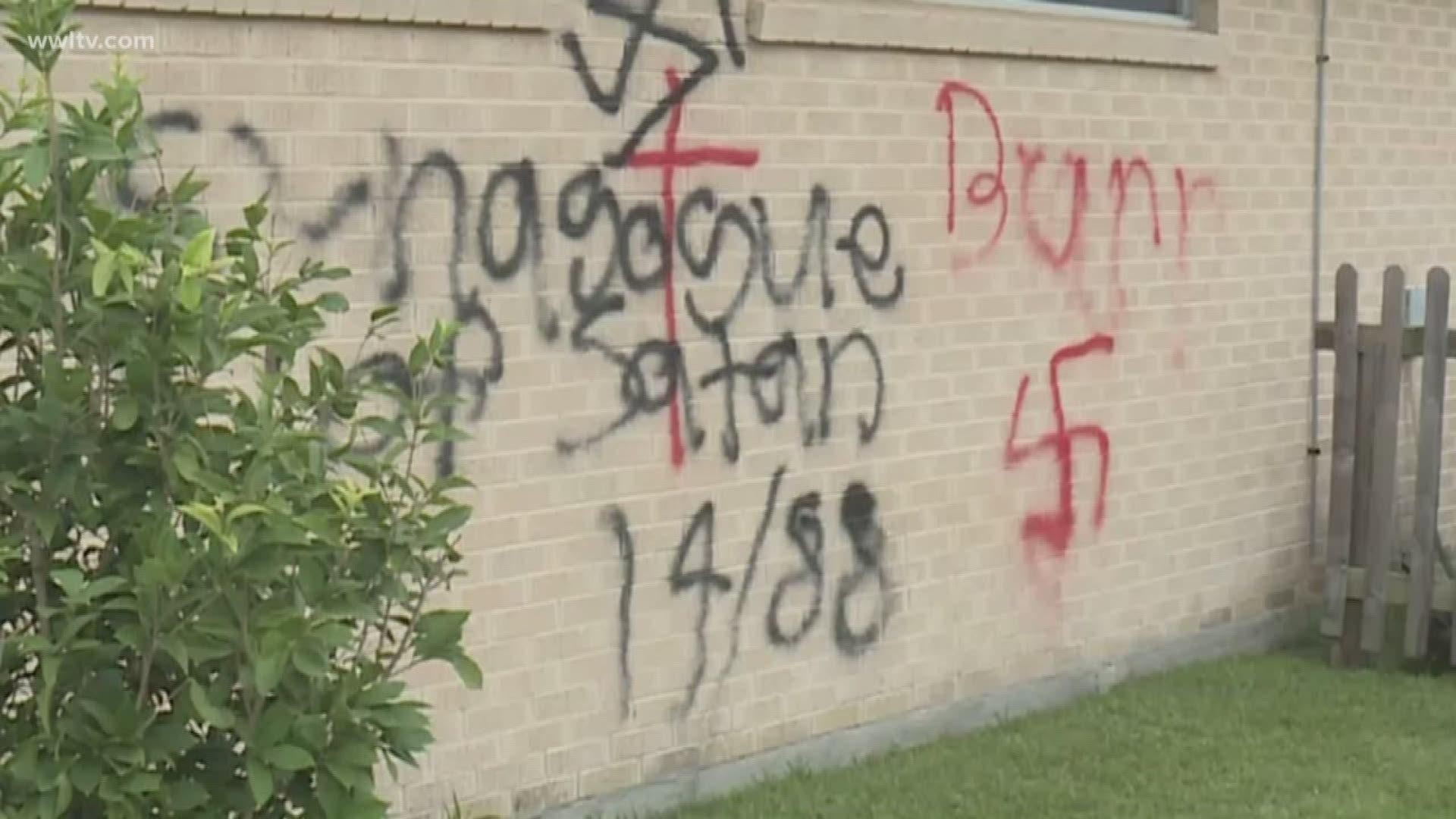 MANDEVILLE, La. -- Members of a Mandeville synagogue were greeted Thursday with anti-Semitic symbols spray-painted on a back wall of the building, something authorities were investigating as a potential hate crime.

A photo of the graffiti showed swastika symbols in red and black, and the words "synagogue of Satan 14/88" appear as well.

According to the Southern Poverty Law Center, 14/88 is common white supremacist code.

"14 stands for the "14 words" slogan coined by David Lane, who is serving a 190-year sentence for his part in the assassination of a Jewish talk show host: "We must secure the existence of our people and a future for white children,"' the center's website explains. "88 means "Heil Hitler," as H is the eighth letter of the alphabet."

Sticker said it was not clear when the spray-painting happened and that there was no surveillance footage. Sticker said it is being investigated as a possible hate crime.

“Our community remains unified in opposition to white supremacy. Hate for one is hate for all, and as such, we condemn all forms of bigotry and discrimination,” said Arnie D. Fielkow and Henry Miller, who made a joint comment for the Jewish Federation of Greater New Orleans, Anti-Defamation League, and the New Orleans Clergy Council.

“Hatred and bigotry have no place in our society," Scalise wrote. "This cowardly act of anti-Semitism is disgraceful, and I hope the criminal who perpetrated it is brought to justice. I am proud to stand with the good people of the Northshore Jewish Congregation, and I know they will not be intimidated by this hateful act.”

Mandeville Councilman David Ellis said the graffiti did not reflect the community he represents.

"Our city isn't just 'tolerant,' it's genuinely welcoming of all people," Ellis said. "That someone would cause not only property damage but psychological damage like this is tremendously upsetting and absolutely infuriating. Hateful acts don't just damage the victims; they damage the entire community, along with our reputation."

Other religious leaders echoed the statement against the vandalism.

“We condemn this anti-Semitic attack on a house of worship by those apparently espousing a hate-filled ideologue that should have been consigned to the trash heap of history,” said Council on American-Islamic Relations National Communications Director Ibrahim Hooper.

The congregation is set to meet about the issue Thursday evening.