“You don’t want to wish it on anybody else but, we can’t take anymore right now." 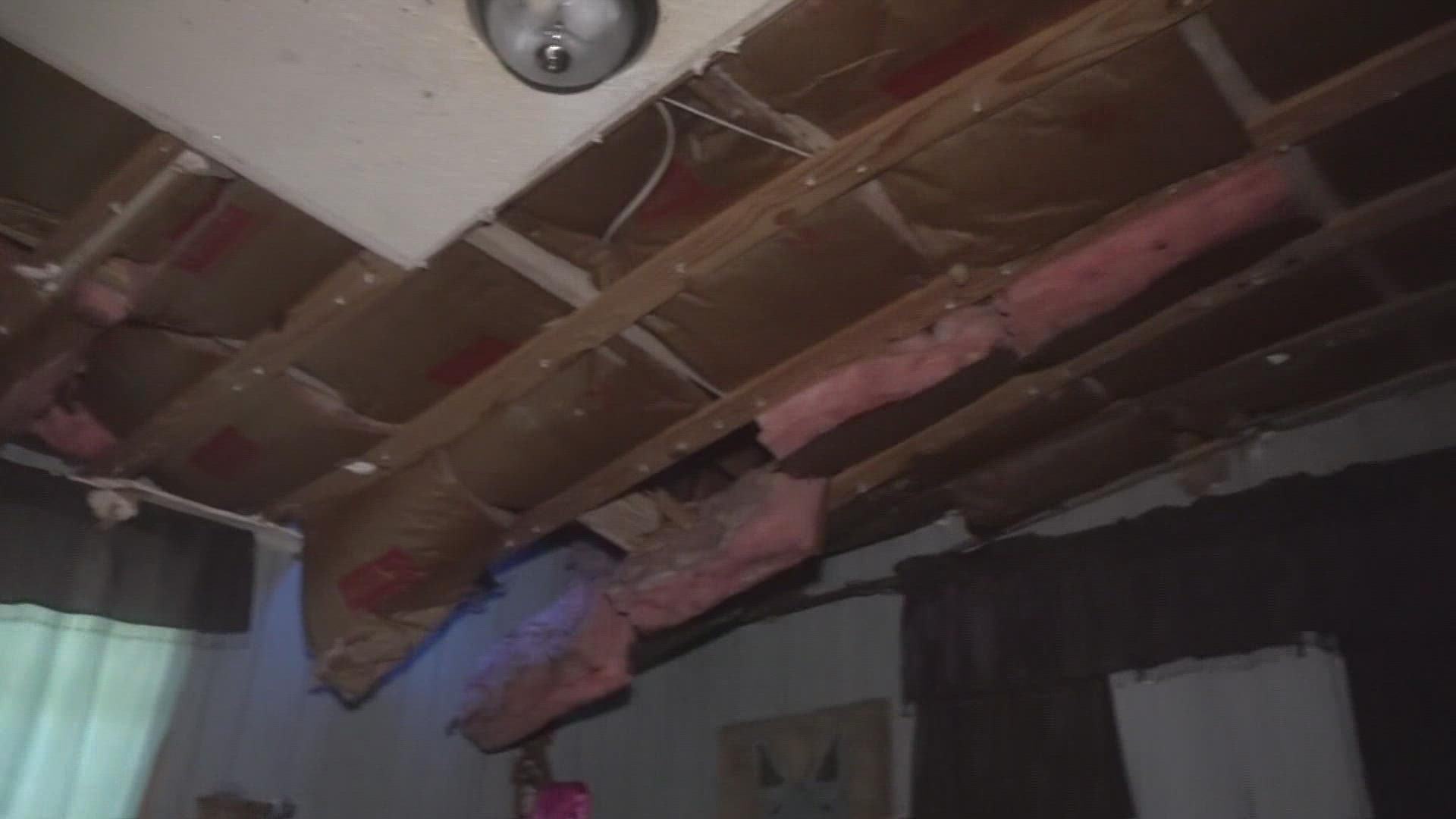 Ida sent two trees through Betty Ray Robinson’s home. She, her husband and their daughter Ashante were home at the time.

“The water just came on through the house,” she said. “Most is going up the doors, everywhere.

Their home is now full of mold as water poured in during Ida. Like many of their neighbors, tarps cover their roof now. They hope water stays out.

“It’s holding up so far,” Ashante Robinson said. “You don’t want to wish it on anybody else but, we can’t take anymore right now, but the rain is coming, we can’t stop that.

“If the reports of 8-to-10 inches between now and Thursday into Friday, even with the debris, I think we’ll be okay,” Miller said.

Any rain can creep into open roofs, so he recommends making sure your home tarps are secure.

While Ashante Robinson tries to help her parents clean up, she's dealing with her own mess too. Two trees also ripped through her home.

For now, they are all staying with friends as they've had no luck finding available apartments or homes for rent.

“We’re trying to find a place to live, that’s the hardest part,” the mother and daughter said.

Across the parish, so many are in the same boat, hoping for drier days ahead.