No one was injured in the crash. 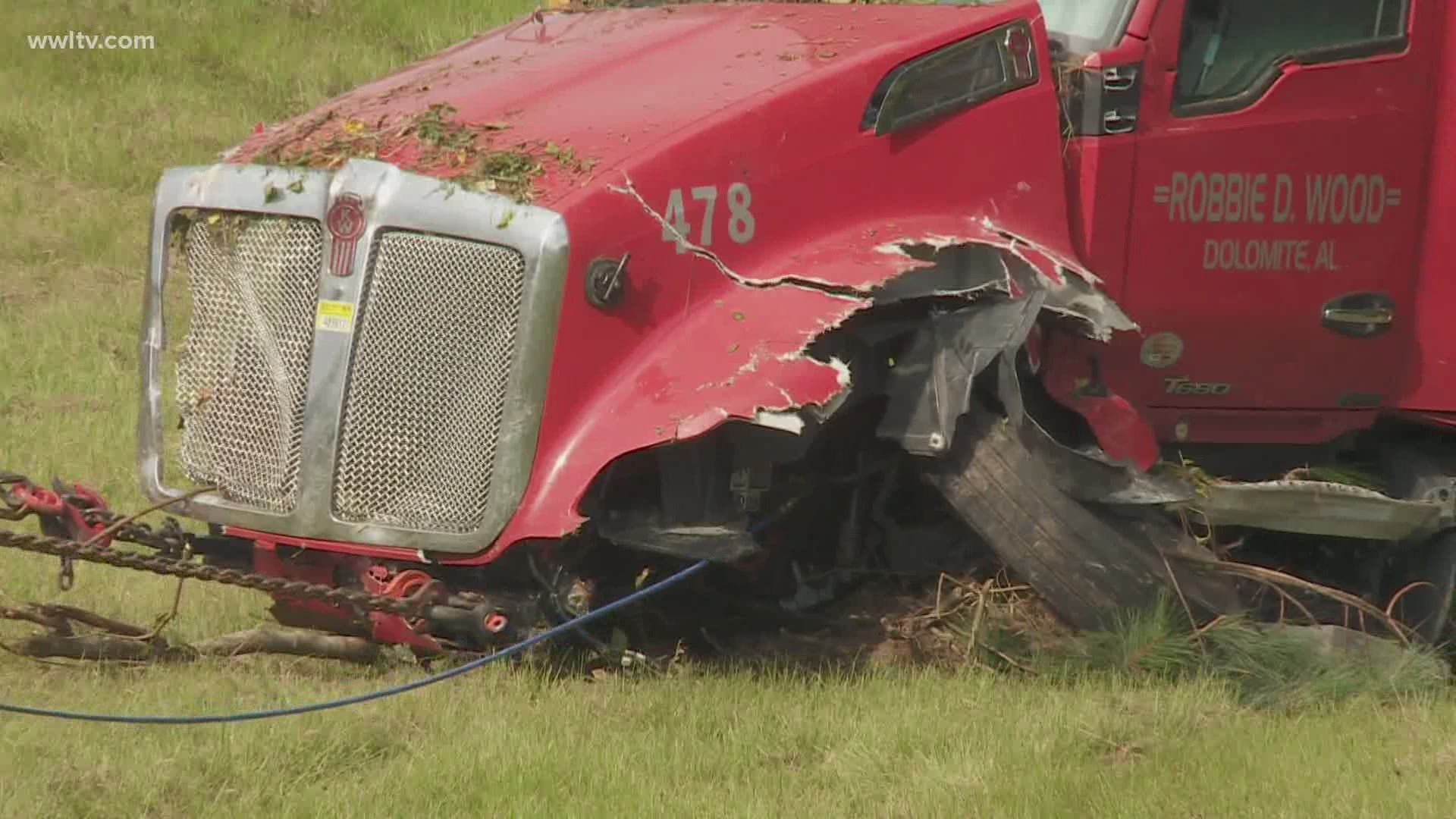 PEARL RIVER, La. — Sandwiched between trees, emergency crews in St. Tammany Parish say how an 18-wheeler ended up, was a best-case scenario.

“You just don’t know what these vehicles are carrying as they’re going down the interstate. It could be anything,” said Mitchell Geissler, public information officers for St. Tammany Fire District Number 11.

Loaded down with hazardous waste material, state police believe a tire blowout on Interstate 59 caused the driver to crash. Thankfully there were no injuries.

“He took a nice right turn into the wood line, went all the way through the wood line in his 18-wheeler, tore the front end of it up and came out without a stretch because he had his seatbelt on like he should have,” said trooper Jeremy Price, public information officer with Troop L.

The focus quickly turned into a multi-agency response from emergency and hazmat crews to figure out whether all that hazardous material posed an immediate threat.

“Ended up in the woods and upright so we had a very small amount of spillage,” said Price.

That spillage turned out to be a white corrosive liquid. All containers were eventually checked and then loaded onto another truck. Everyday hazardous waste and chemicals are transported on highways across the county, which is why emergency leaders say they must be ready to respond.

According to the Federal Motor Carrier Safety Administration, the trucking company, Robbie D Wood, has a satisfactory rating. However, the company, which specializes in hazardous waste and chemical transportation, has been involved in more than a dozen crashes in the last two years, six of them this year alone. One from last Fall also happened in St. Tammany Parish.

“You’ve always got to treat these situations as if it’s going to be the worst-case scenario,” said Geissler.

A scenario that thankfully wasn’t, but one crews were ready for.