Viewer Courtney Turner Kleeb captured what appeared to be a tornado in or near the Spring Haven subdivision in Madisonville Thursday. 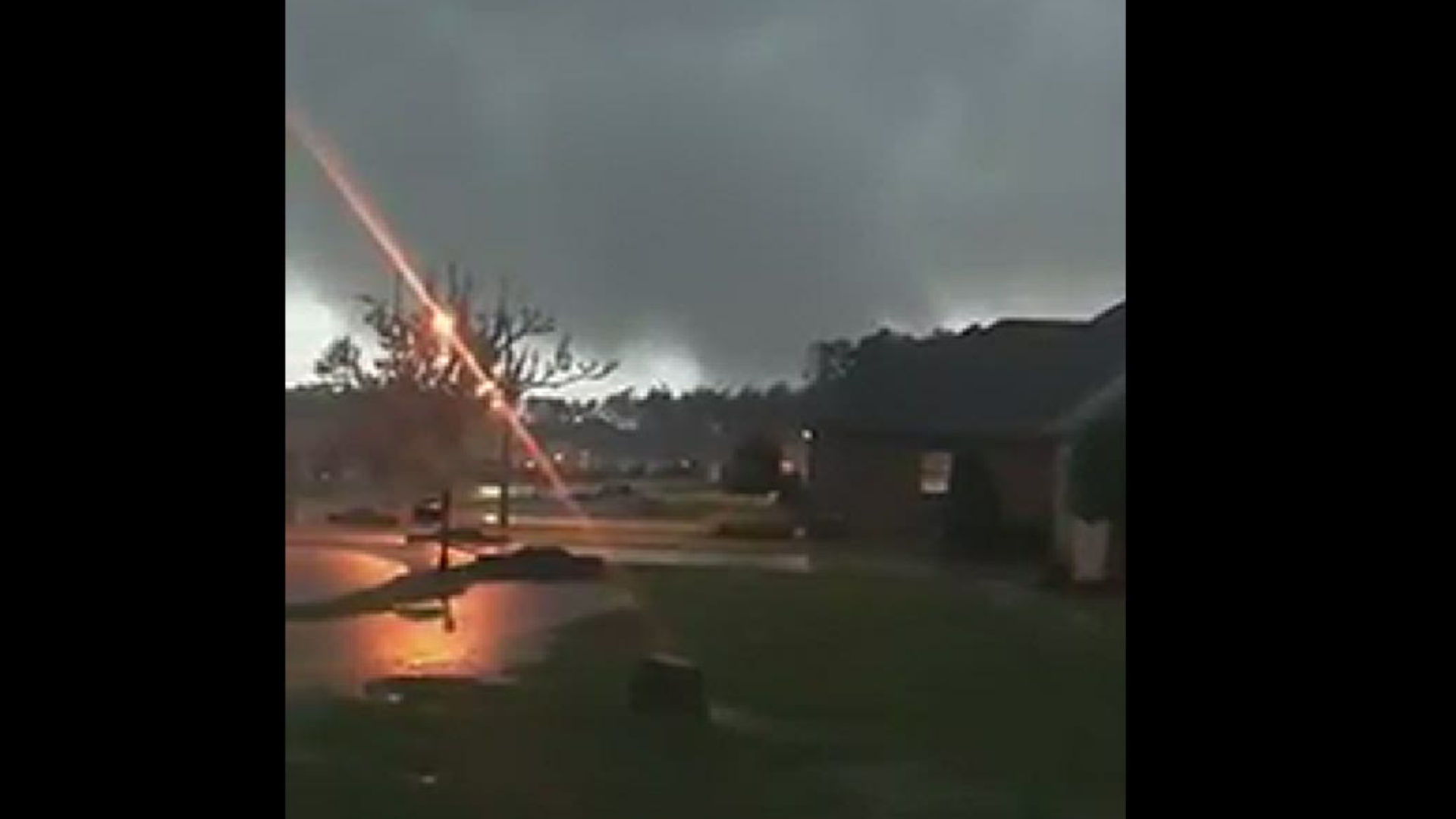 MADISONVILLE, La. — At least three tornado warnings in about a two-hour period popped up in parts of St. Tammany Parish Thursday night as storms raced through, soaking the area, flooding some streets and producing at least one possible tornado.

Chief Meteorologist Chris Franklin of WWL-TV was on the air for the better part of two hours as the Weather Service issued tornado warnings, first for the Mandeville area of St. Tammany and later for areas closer to Madisonville, Covington and Goodbee.

Viewers sent plenty of photos and videos to WWL-TV by email and posts to our Facebook page and one, from Courtney Turner Kleeb of Madisonville, appeared to capture a funnel cloud menacingly dancing past the tree tops in the Spring Haven neighborhood.

"The rotating storm we observed moving in from the Madisonville lakefront appeared to hold together as it moved across Madisonville and continued toward the north," said Franklin. "The video shows that rotation, especially when the viewer zooms in on the funnel."

Got a great video or photo and have the WWL-TV app? Find the big orange box on the front page and submit your photos where it says submit!