“They love their daddy and he loves his babies so much,” she said through tears. “We need him to come home.” 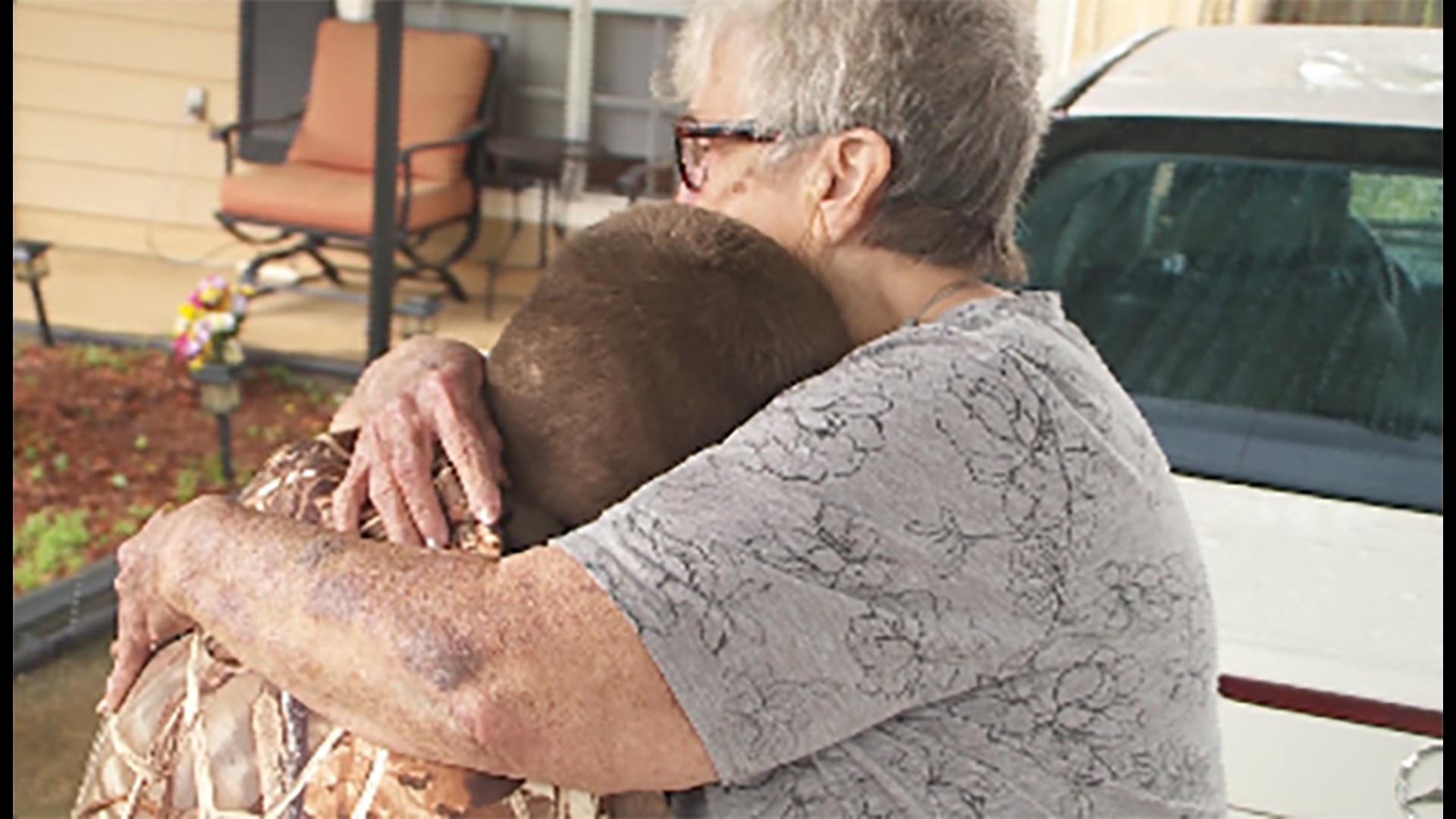 SLIDELL, La. — Darra Morales is holding out hope for her son along with his three children at a home in Slidell.

Chaz Morales Sr., a crane operator on the missing Seacor Power liftboat that overturned in the Gulf of Mexico during Tuesday’s severe weather conditions, is among 13 people still missing.

Darra says the only information that she has is that her son is not among the six people who have been rescued so far. She said she’s been told that "maybe" there are some men trapped in the vessel.

Darra said she had Chaz when she was just 16 and that they “grew up together,” learning as they went. “He’s my buddy.”

The pride in her eyes when she talks about him as a man and a father is evident as much as the pain of the situation.

“He’d be the one to get an older man off the boat first, that’s how he is,” she said. “If we’re at the grocery and he sees and older lady putting groceries in the car, he opens the door.”

Credit: Brian Lukas
Chaz Jr. and his maternal grandmother share a hug as they await word on Chaz Sr.

Darra said Chaz was not supposed to be on the ship Tuesday. He had finished his two-week shift, but they needed help, and, with three children, he could always use the money.

“He decided to stay over because they asked him if he wanted to make extra money,” she said, with a nod to her grandchildren. “Because, they ain’t cheap.”

Darra even said Chaz’s girlfriend begged him to get off the boat and not to go into the poor weather.

Chaz Jr. said he wanted his father back and then recoiled into his maternal grandmother’s arms in tears, unable to say more.

“They love their daddy and he loves his babies so much,” she said through tears. “We need him to come home.”