'You're breathtaking': Keanu Reeves surprises fans in Slidell while shooting 'Bill and Ted'

'Guys come outside! Keanu Reeves is on our front porch!’ 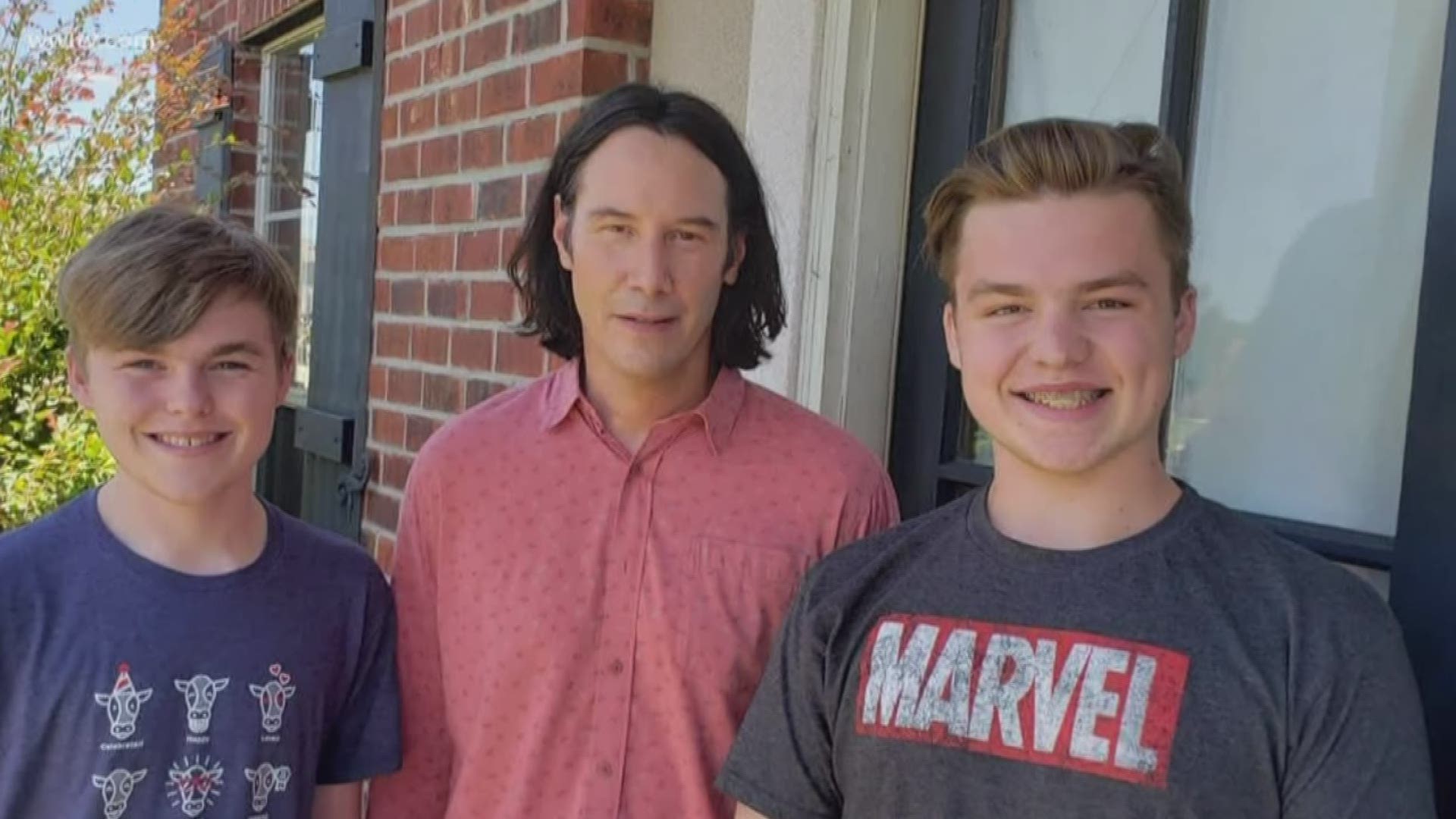 SLIDELL, La. — When Stacey Hunt and her family heard actor Keanu Reeves was shooting the sequel to "Bill and Ted’s Excellent Adventure" just down the street from their Slidell home, they thought a sign could get the star’s attention.

The family wanted to put a famous Keanu quote on the sign. There are lots of options, like “Party On Dudes,” from the original Bill and Ted. Or “pain heals, chicks dig scars and glory lasts forever” from the Replacements. John Wick fan’s might like “Yeah… I’m thinking I’m back.”

Ultimately, this family decided on a quote from the time he called us all “breathtaking” after a fan shouted the same thing at him from the crowd at the E3 gaming conference in June.

“Ethan (Stacey’s son) said we need to make a sign that says 'you’re breathtaking,'” Hunt said. “So I said sure.”

Sure enough, it worked!

“When I was coming back to the house, another car pulled up and a few people got out of the car,” Hunt said.

“I got up to see what was going on,” Ethan said. “And my mom breaks through the door and says 'Guys come outside! Keanu Reeves is on our front porch!’”

Reeves was kind and down to earth, Hunt said.

“He just chilled with us on the front porch, asked us questions, asked us our names, we talked about our favorite movies,” Hunt said “We said we really enjoyed 'The Matrix.'”

After 10 or 15 minutes, Reeves was off. But he did one last thing before saying good-bye.