The tentative agreement comes after three weeks of strikes and pickets by union members at dozens of sites around western Washington. 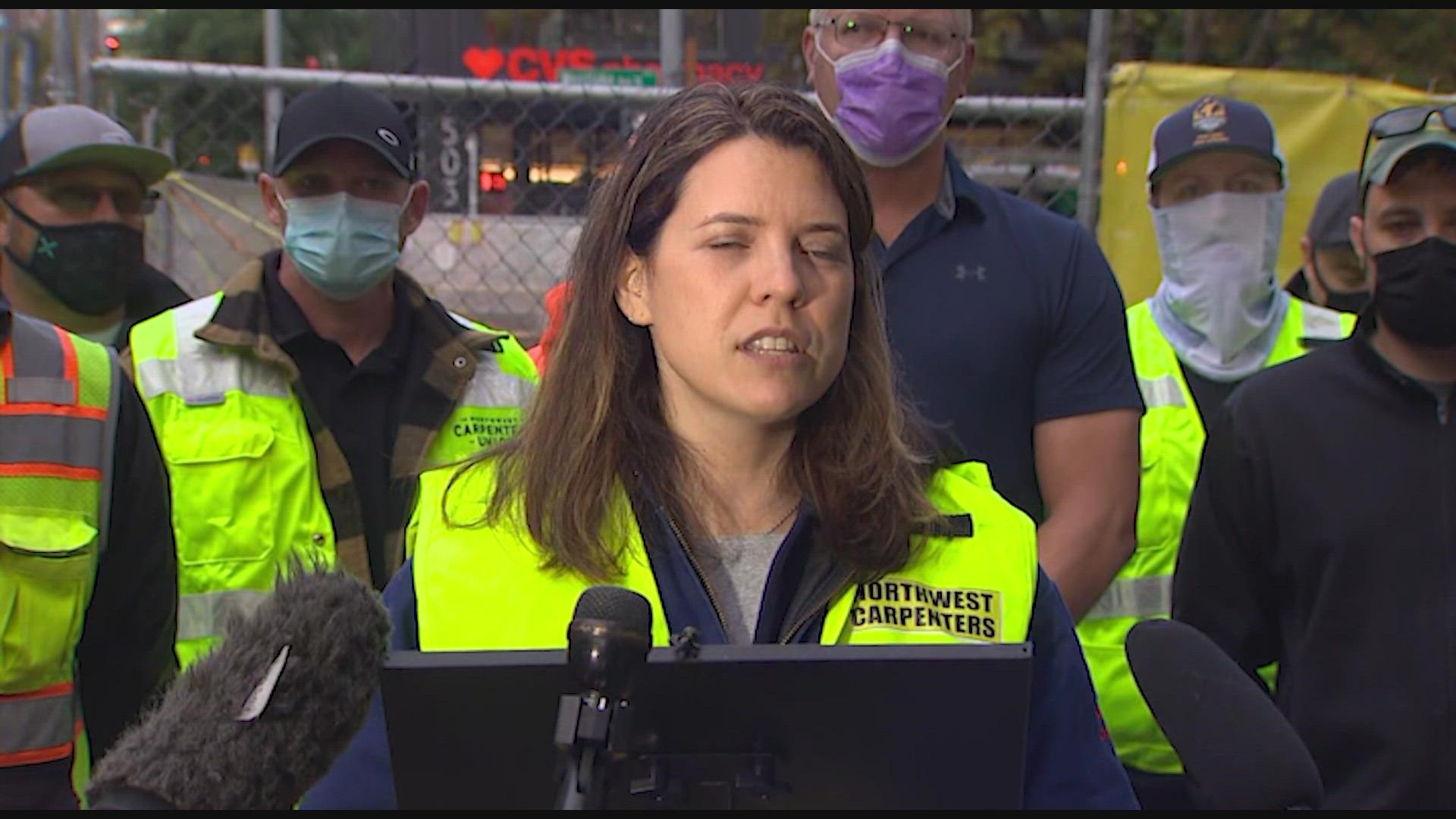 SEATTLE — The Northwest Carpenters Union (NWCU), which represents more than 28,000 construction workers and craftspeople across the region, has reached a tentative agreement with the Associated General Contractors (AGC) of Washington, a regional group representing contractors.

During a briefing, Wednesday, one of the union's bargaining members Ryan Case explained the agreement preserved the contract period of three years, gives a roughly 15.4% increase in wages and expands parking benefits in the downtown Seattle and Bellevue cores, among other things.

"We really didn't give anything away in this cycle," Executive Secretary-Treasurer Evelyn Shapiro said Wednesday.

The agreement will now go to union members for voting, which will take roughly four days. More information is expected to be released this afternoon.

Case believes this vote, which needs a simple majority for ratification, will attract a larger turnout from members.

The tentative agreement comes after three weeks of strikes and pickets by union members at dozens of sites around western Washington. As part of the agreement, NWCU members will go back to work Wednesday until the contract is put to a vote and ratified, according to the union.

The union voted to go on strike in mid-September after members voted 56% to 44% to reject the fourth offer from AGC to increase wages and benefits.

The offer would have given workers a more than 20% wage and benefits increase over four years, given a $1.50 per hour parking reimbursement, increased employer contributions to health care and pensions and provided stronger harassment and discrimination protections, among other things.