'Not going away any time soon': More demand for truck drivers increases shortage in workforce

Nationally, there is a shortage of truck drivers. A West Michigan driving school says that only increased during the pandemic, as more people ordered items online. 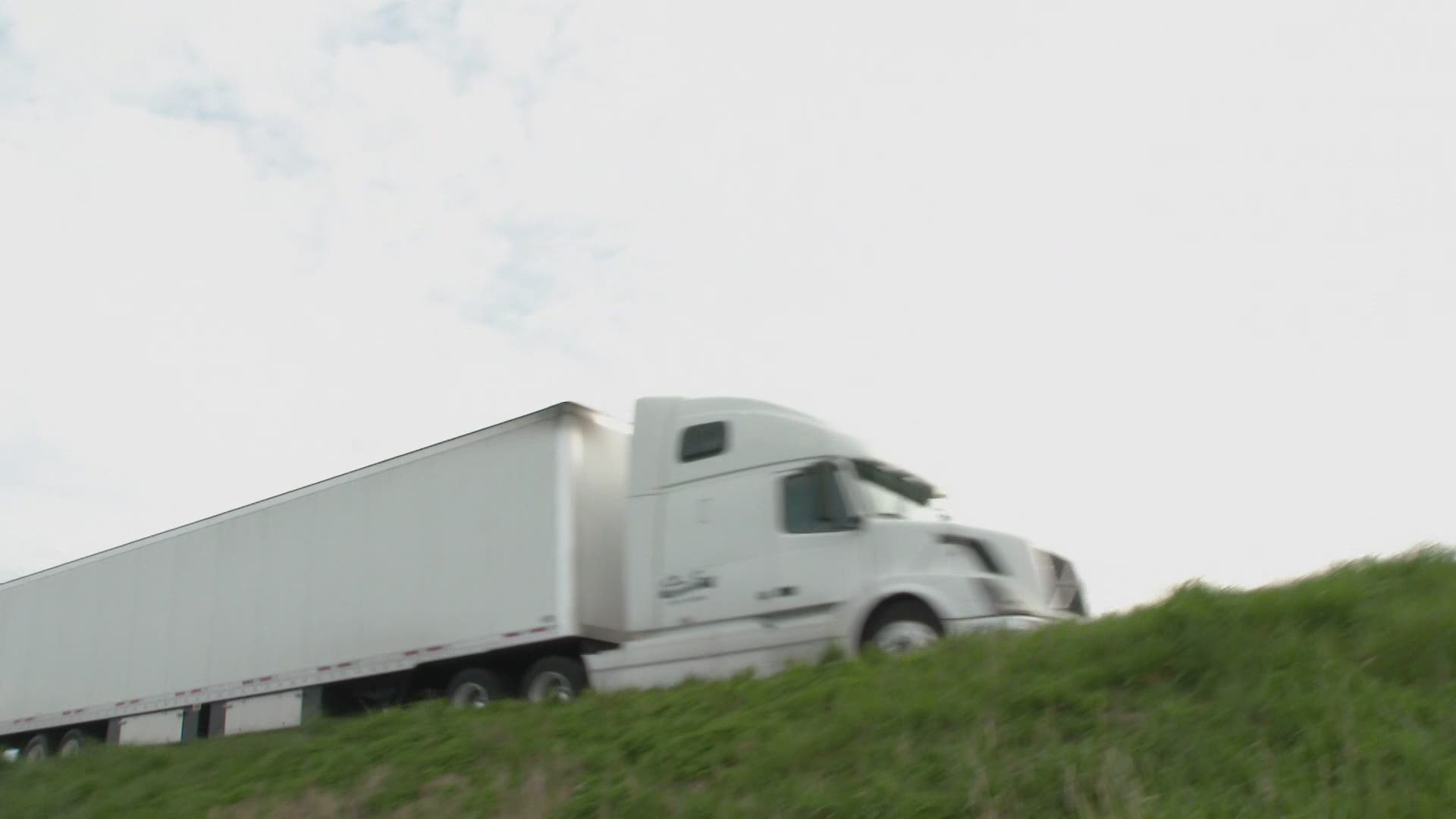 GRAND RAPIDS, Mich. — The classes are full at West Michigan CDL truck driving school. President of the company, Mike Birdsall, said there is "a big truck driver shortage" right now. That means his business is keeping him busy.

"I think a lot of drivers out there currently are working a lot harder, the local drivers are working more hours," said Birdsall. "I think things get pushed back and delayed a little bit. One of the big things is Amazon, it's so busy with the COVID and everything that the companies are just doing all they can do to handle the freight as it is."

Birdsall thinks the demand has actually gone up in the past year, as so many things are being purchased online since the start of the pandemic.

The increase in demand can also lead to shipping delays for many products.

The driving school is so busy keeping up with those looking to become part of the in-demand job field, they are short-staffed. They do not have enough instructors to do night classes at the moment, but hope to again in the future.

"It’s a shorter way to get trained in a new career and make a pretty good paycheck," said Birdsall. "A lot of people who turn to truck driving, they may have been in a factory for several years, they’ve maxed out on pay. It’s an opportunity for them to increase their pay. There’s also a lot of freedom."

Tank truck drivers are in demand as well. National Tank Truck Carries told CNN between 20 percent to 25 percent of tank trucks are parked due to not having enough qualified drivers.

However, Patrick DeHaan with GasBuddy does not think the lack of tank truck drivers should affect West Michigan gas supply or prices too much.

"This would be more so in very touristy destinations, places like potentially Orlando, Disneyworld, warm climate areas, Hawaii. We're seeing ripple effects across the chain," DeHaan said. "I mean, if you can even get a rental car in some of these areas, then filling it up might be a little bit of a headache. But this should be very limited, the disruptions this summer."

However, what could drive up the prices potentially is the demand on gasoline. DeHaan said Americans are driving at the highest pace since before the pandemic began. GasBuddy has tracked an uptick in demand sharply higher than most of last summer, and it is only spring.

"Along with it, obviously, we're seeing higher prices as a result of that increase in demand," said DeHaan. "And that brings about some of these challenges that there's not enough truck drivers in some communities to keep up with the insatiable demand for gasoline that we're seeing."

Gas in West Michigan is about $2.85 a gallon. DeHaan said we may reach the $3 mark by summer.

Last year, demand for gas dropped 60 percent. Now, DeHaan said we are on the same levels as 2018 or 2019 demand for this time of year.

Credit: 13 OYS
Gas prices were $2.78 at a gas station in Wyoming Wednesday.

Meanwhile, Birdsall said he does not see the truck driver shortage ending any time soon.

In fact, he said there was a backlog of people wanting to become truck drivers during the pandemic. That is because the Secretary of State's office was closed for some time, and a lot of schools shut down for weeks.

"A lot of people don’t want to learn to drive in the winter," said Birdsall. "So, as soon as the weather breaks and it looks like it’s going to stay nice indefinitely, it just gets really busy."

Package or other shipments taking a while? It could be related to a National truck driver shortage, elevated by the pandemic. But West Michigan CDL training school says that’s good business for them, and it’s a career beneficial to many. More tonight at 6 on @wzzm13 pic.twitter.com/WYKAaX3cnf 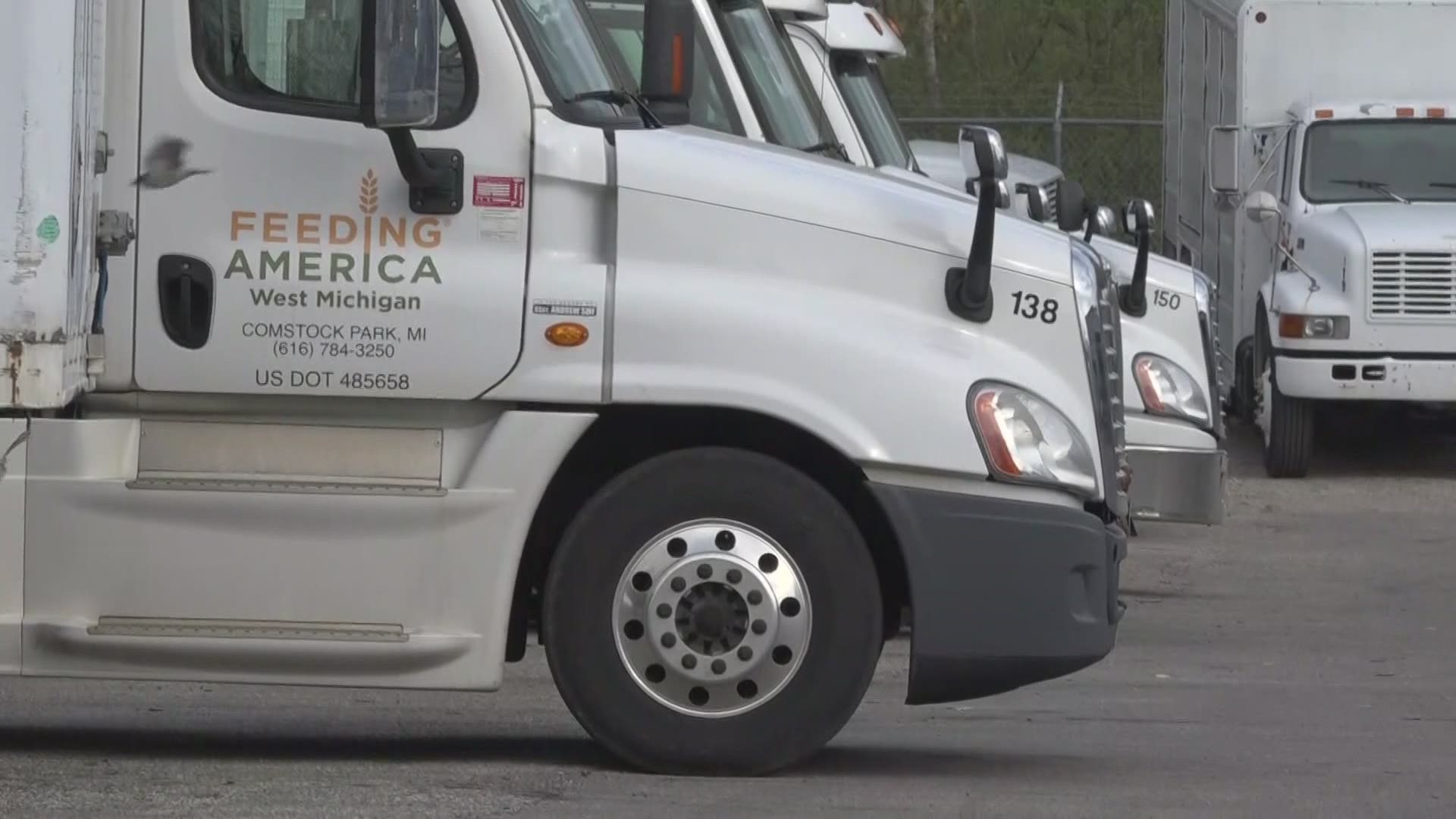