The Vikings quarterback is not a great quarterback in prime time games, in meaningful games, or in playoff games. 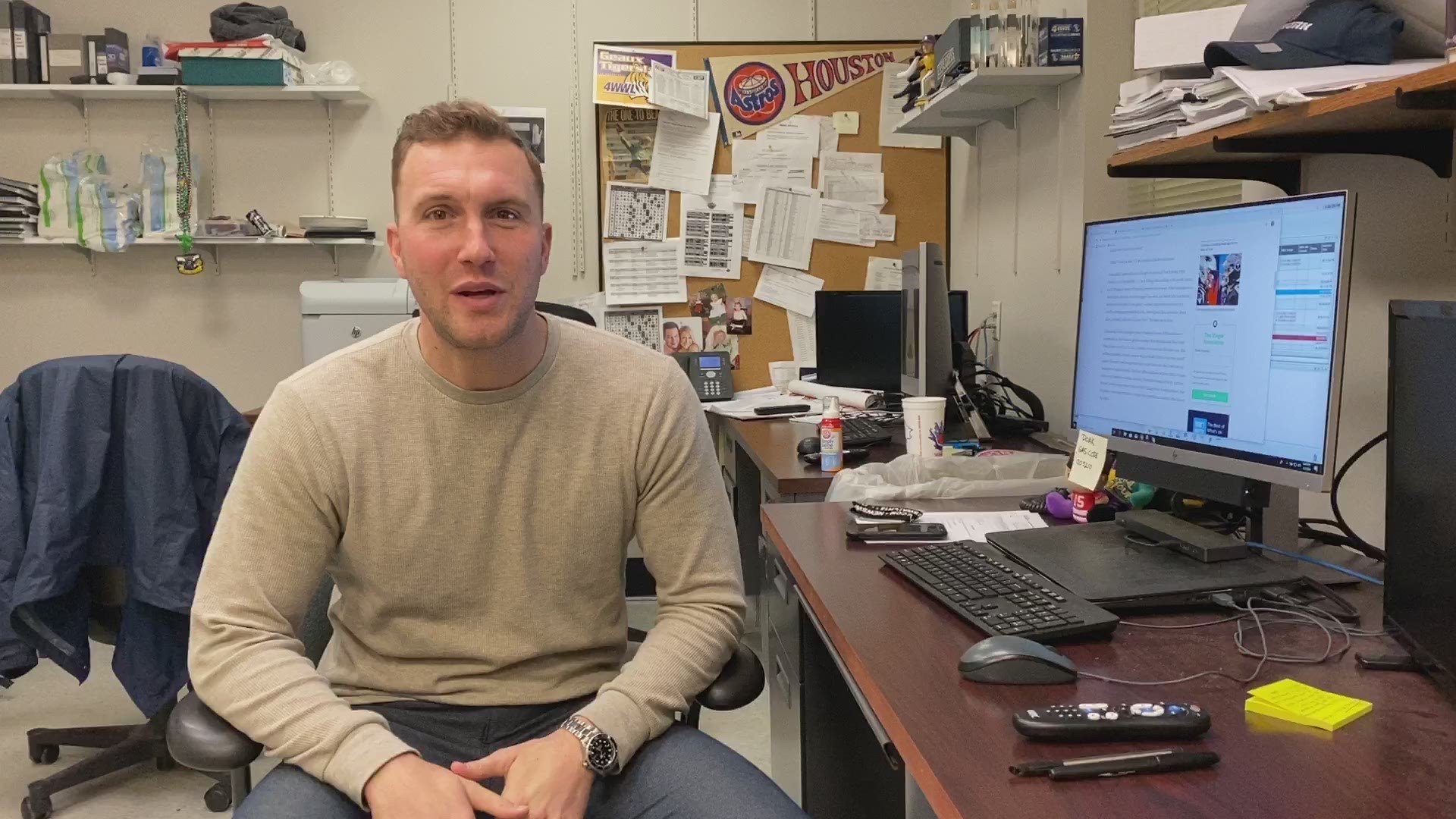 NEW ORLEANS — The Saints will be hosting the Minnesota Vikings Sunday. Unfortunately, the Saints got the short end of the stick because of the other 13–3 teams.

There are three 13–3 teams atop the NFC standings, but only two of them get a first-round bye, No. 1 San Francisco 49ers and No. 2 Green Bay Packers.

The Saints are the No. 3 seed, and that's why they must play the Minnesota Vikings on Sunday.

What's funny is some Vegas odds are betting on the Saints to win the NFC championship game, sending them to the Super Bowl despite them being the No. 3 seed.

According to Fox, the only team with better odds to get to and win the Super Bowl are the Kansas City Chiefs, and the Chiefs are an AFC team, meaning they'd only face the Saints if they got to the Super Bowl.

Friday at the Saints facility, there was a lot of talk surrounding the limited number of lower-seeded teams that have played the Super Bowl since 1990. The NFL implemented the 12-team playoff format.

The Saints, however, remain a big favorite in this game against the Minnesota Vikings, and a big reason is how the Saints have played throughout this season.

RELATED: What they're saying nationally about the Saints-Vikings Wildcard game

Another reason the Saints will cruise past the Vikings is Kirk Cousins.

Cousins is 0–9 on Monday Night Football, 0–1 in the playoffs, 1–11–1, when trailing in the fourth quarter, and 6–29 against teams with a winning record in his career.

Those are not good numbers for a quarterback in the playoffs.

The one thing that the Vikings do have in their favor is that they're running back Dalvin Cook is coming back for this wildcard weekend game against the Saints. He's had an injured shoulder for the last couple of weeks.

With him in the lineup, the Vikings are 10–4. With him out of the lineup, they are 0–2. He is one of the best running backs in the league.  We won't know if he's going to be 100%, but he is right there with Christian McCaffrey as far as yards from scrimmage per game. He is the No. 2 running back in the NFL, and he can do it all.

He sets up their play action for the Vikings. The Vikings are number two in the NFL in yards off play-action, so when Dalvin Cook gets going, that allows Kirk Cousins to be able to thrive and do better.

The Vikings have a bunch of talented wide receiver threats between Adam Thielen, Kyle Rudolph, and Stefon Diggs, who people know too well because of the "Minnesota Miracle."

The Vikings have many weapons on offense, and they have a lot of talent on defense too.

But the Saints are a big favorite in Sunday's game because they're just a better football team from top to bottom. This Saints team is one of the deeper teams in the NFL, and even though they're the No. 3 seed, they certainly don't feel like a No. 3 seed.

The Saints should win by at least a touchdown — maybe 10 points — this weekend against the Vikings, and they run away with this one.

By the time that you get to the second half, the Vikings may get a little bit close with some garbage time points or a touchdown, but I think the Saints win this one easily.

There's not going to be that much fear near the end of the game. There's certainly not going to be a Minnesota miracle, and the Saints are going to move on to face Green Bay the following weekend in Lambo Field.

That's going to be a tough game, but the Saints have probably equal or more talent than anyone on the NFC side. It's just between the Saints, Green Bay, and the San Francisco 49ers, and that's how it's going to play out, Saints and 49ers in Santa Clara for who goes to the Super Bowl.