'He'd give you the clothes off his back,' NOPD Chief says of officer killed in Houston

Officer Everett Briscoe was killed during a trip with other Zulu members to Houston. He leaves behind a wife and children. 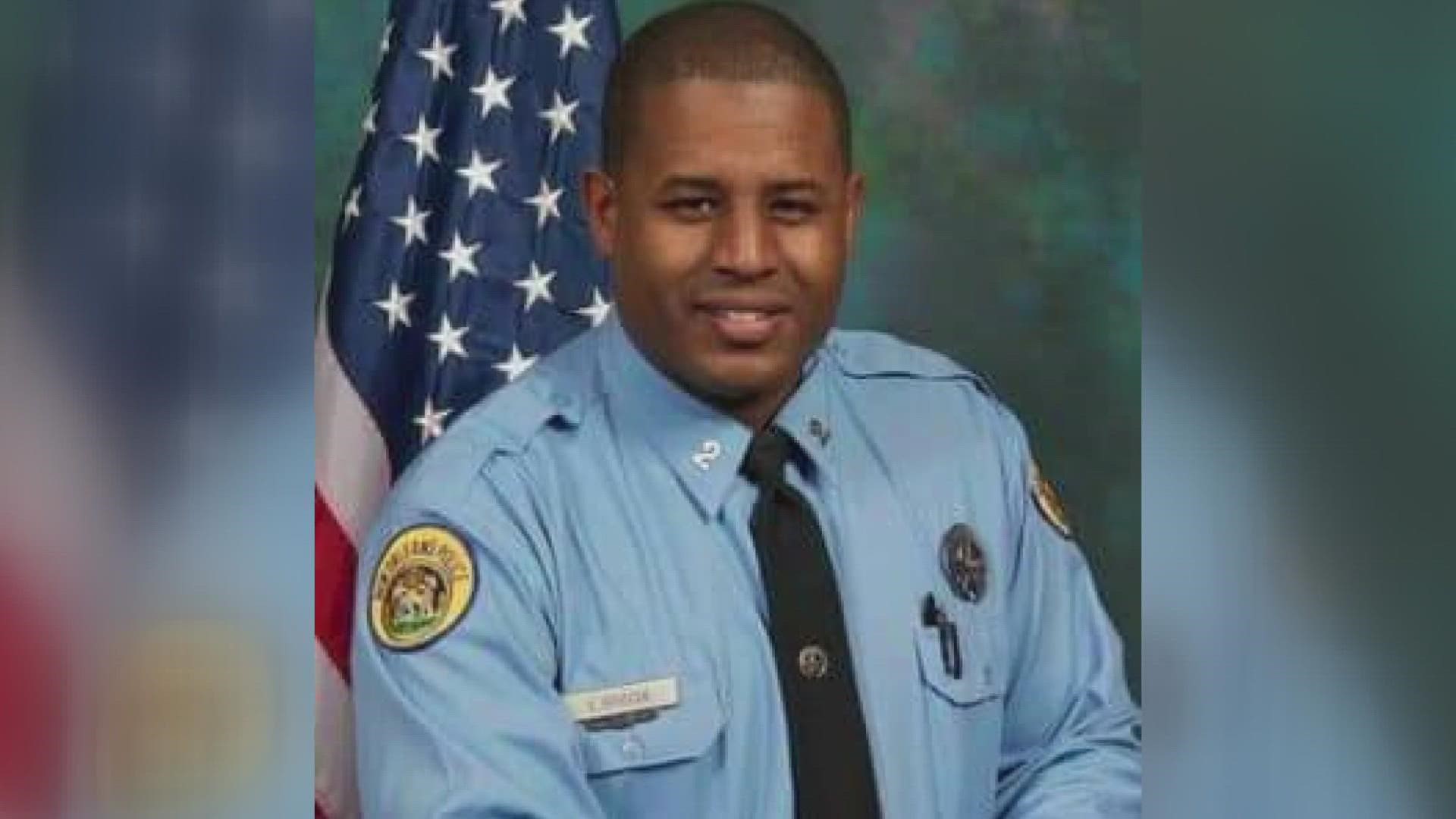 NEW ORLEANS — A veteran NOPD officer was shot and killed while having dinner at a Houston restaurant Saturday night by armed gunmen who were allegedly trying to rob patrons at the location.

Officer Everett Briscoe, a 13-year veteran leaves behind a wife and children.

Briscoe’s Facebook page was filling up with condolences. NOLA.com reported that his Facebook posts indicated that he was a member of the Zulu Social Aid and Pleasure Club.

One officer told Eyewitness News, “[he was] one of the greatest guys you’d ever wanna meet. These suspects really didn’t know who they killed and what they took from this earth and a family.”

New Orleans Police Department Superintendent Shaun Ferguson and his deputy chiefs had more information about the fatal shooting in Houston at a press conference Saturday.

Chief Ferguson said of the late officer Briscoe, "He was a good one. He was a great officer, a great friend. That's the kind of person he is — if you were in need, he'd give you the clothes off his back."

Mayor LaToya Cantrell was also at the conference.

"The city of New Orleans is in mourning. The New Orleans Police Department is mourning," Cantrell said.

"He was a gem. He loved his community. It is really true to say that we lost a good one," he said crying before asking everyone for prayers for the family of the fallen officer.

Banks asked for help to stop the violence and find a solution with teary eyes.

"If I had the answer, I promise you I would have done it," Banks said. "I don't know how to stop it. Tell me how, and I will.

"We're going to do our best to honor Briscoe's family," Ferguson said.

Reports from Houston said that Briscoe and a group were dining in a patio area of Grotto Ristorante.

According to investigators, two armed suspects approached a group of people on the patio and demanded they hand over their belongings. Witnesses said the group complied with the suspects' demands, and at some point, one of the alleged gunmen fired his weapon fatally striking Briscoe and critically wounding another person.

The second victim was taken to the hospital, where he was last reported to be in critical condition.

NOPD Chief Ferguson issued a statement saying that the force was praying for the slain officer’s family as well as the second victim.

“I … ask that you pray for the NOPD family as we begin to understand the enormous loss we have suffered,” Ferguson’s statement said.

Mayor LaToya Cantrell wrote a tweet, offering her sympathy to the late officer's family and colleagues.

“My condolences go out to the family of our fallen officer and the NOPD team during this difficult time.”

My condolences go out to the family of our fallen officer and the NOPD team during this difficult time.🙏🙏 https://t.co/YZFHC7wAih