Apollo helped raise money for other dogs by playing a part in a puppy wedding video. "He was not at all a threat," Jennifer Lee said. "He couldn't even bark." 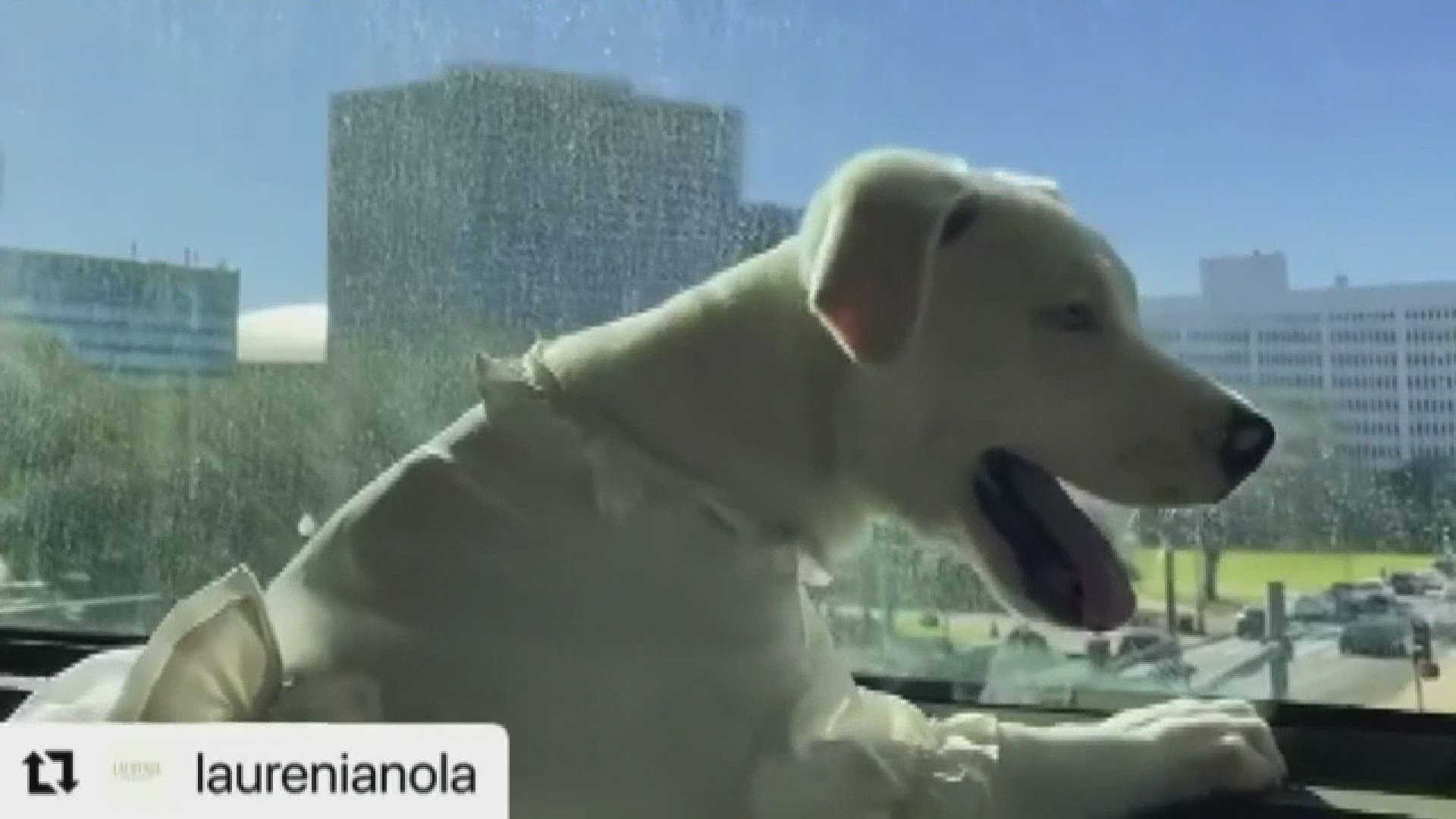 NEW ORLEANS — A New Orleans police officer shot and killed a 4-month-old puppy Saturday night after responding to a complaint about loud voices in the Lower Garden District.

The shooting happened in the 1400 block of Felicity Street around 9:30 p.m. Sources tell the Times-Picayune | New Orleans Advocate that the officers went through a front gate and unexpectedly encountered two dogs. The NOPD said the officer fired his gun, striking the dog - a puppy named Apollo that weighed about 30 pounds.

It is unclear if the officer was aiming for the second dog which was larger, weighing about 65 pounds.

The dogs' owners,  Derek Brown and Julie-Barecki Brown told the newspaper that they had gotten into an argument the night of the shooting.

"I ran out here, and the puppy was right there, writhing,” Brown said. “I feel responsible. It’s my job to protect that little guy.”

Marcus Gandy said he fostered Apollo for about a month before the dog was adopted.

"I have his brother here with me. They're both small enough to carry under your arm," Gandy said.

"Apollo and his mother arrived the day after the rest of the litter at the Trampled Rose Rescue & Rehab on the Northshore," the program's founder Holly Williams said.

“We actually took his mother and her 9 puppies into our rescue the day after they were born, Mama dog was so skinny you couldn’t tell she was pregnant,” Williams said. “Then popped out 9 incredibly tiny babies. Miraculously and thanks to the expert care of our vet, all of the puppies survived.”

"He's the kind of dog that if he jumped on you, you wouldn't even feel it," Gandy said. "They killed a puppy."

Gandy said Apollo was recently featured as a part of a Pythian Market's first puppy wedding, an effort to raise money for the rescue organization that helped him.

The New Orleans Police Department said that the department's Public Integrity Bureau is investigating the shooting.